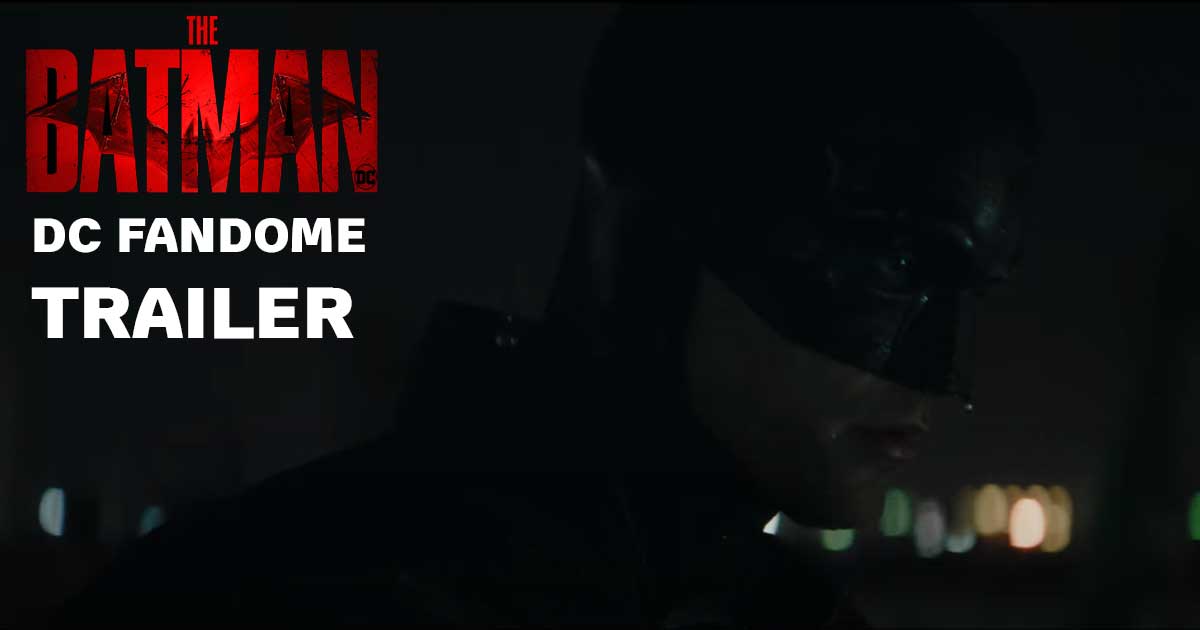 DC fans are getting a real treat at the moment thanks to the DC Fandome online convention – there are even new twitter emojis to celebrate!

And, in keeping with release content that will please the fans, Warner Bros has released a new short trailer for “The Batman”.

It’s very dark and gritty looking, and certainly harks back to Nolan’s Dark Knight Trilogy look and feel, it also has a feeling of Burton’s 1989 ‘s (wonderful in my opinion) Batman film.

My one comment is that Batman’s suit looks a little off. I know we only see it for a few seconds but it reminds me of someone putting on a bin bag and then inflating it with a leaf blower.

Oh, and don’t get me started about the eyeliner scene…!

Bear in mind though that only around a quarter of the film has been shot so the finished version could vary wildly from what we’re seeing here – and who knows what will happen if the studio decides to get all heavy handed like they did with The Justice League.

Are you excited to see this? Let me know in the comments.

The Justice League “Snyder Cut” Trailer has been released