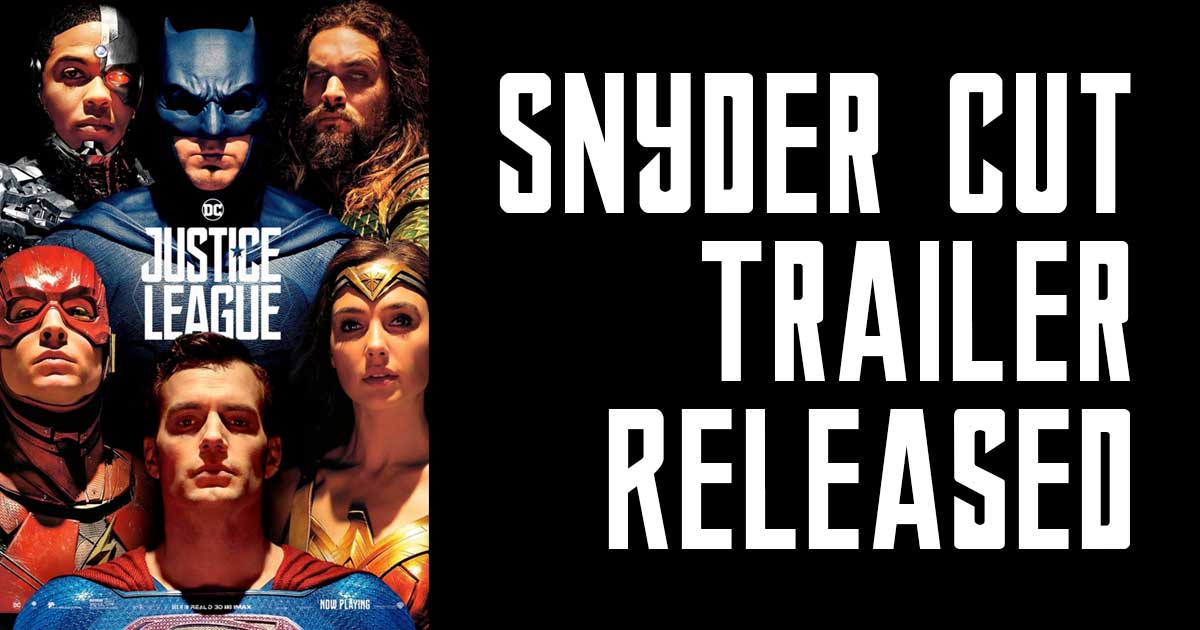 Weather you loved the originial Justice League cut and don’t know what the fuss is about, or spent (like me) the entire film wondering what the heck was wrong with Henry Cavill’s face, we won’t have to wait for the fixed version for too much longer – I mean 4 years is long enough, right?

Today saw the release of the trailer for the hotly anticipated “Snyder Cut” has been dropped. Due for release on HBOMax (and presumably other platforms for those of us not in the USA) in 2021, Snyder has said that his vision is a 4-part mini-series  showcasing his vision for the film before the studio (and Henry Cavill’s moustache) got in on the action.

What do you think? Are you excited to see this version or do you think it should have been left as it was? Let me know below.