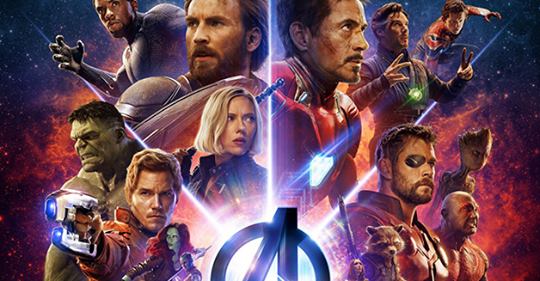 WARNING: Some spoilers below – make sure you’ve watched Infinity War before reading!

I’m really looking forward to seeing how Iron Man and the rest of the survivors get out of their predicament considering they’re stuck on an alien world with no space ship or communications – and they don’t even know who else has survived Thanos’ galactic finger click.

News is slowly seeping out (which isn’t surprising as there isn’t a new Marvel film out until March when Captain Marvel is released and they need to keep us interested) and the latest is that the film is going through editing and is currently sitting at the 3 hour mark.

Now, I’m all for telling a good story and not missing anything important out, however I think 3 hours is a bit too much – even in the most comfortable of cinema seats you’ll be struggling (or dozing off thanks to the air con not working which always seem to happen).

When the films first came out they hovered around the 2 hour mark which to me was a perfect amount of time – just right for eating a regular bag of popcorn! Civil war weighed in at 2 hours 27 minutes but they did have a lot of characters to cover so I guess we can forgive that, and Infinity War was 2 hours and 29 minutes which is verging on me having to buy a large popcorn which I’m not too happy about!

Could I sit through a 3 hour movie without thinking about a toilet break, how my back is hurting and the fact I have pins and needles? I don’t think so and Marvel need to realise a lot of people will probably feel the same. No matter how good the film is, how enticing the storyline, the minute your audience start to feel real physical discomfort they’re out of your story and back in an uncomfortable seat in a too-warm cinema. 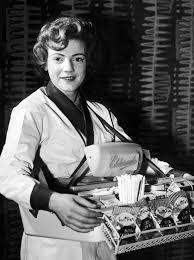 Image From A Cultural History Of The Cinema Usherette

What’s the solution? Bring back the good old fashioned intermission and the Ice Cream Usherette! Of course, you don’t need a break in order to change the film reels over any more (Oh, those were the days!) but cinemas are always looking for ways to increase profits so give us an opportunity to nip to the loo and buy another bag of popcorn that way we’re comfortable, the films can be longer and the cinema makes more money – everyone’s a winner!