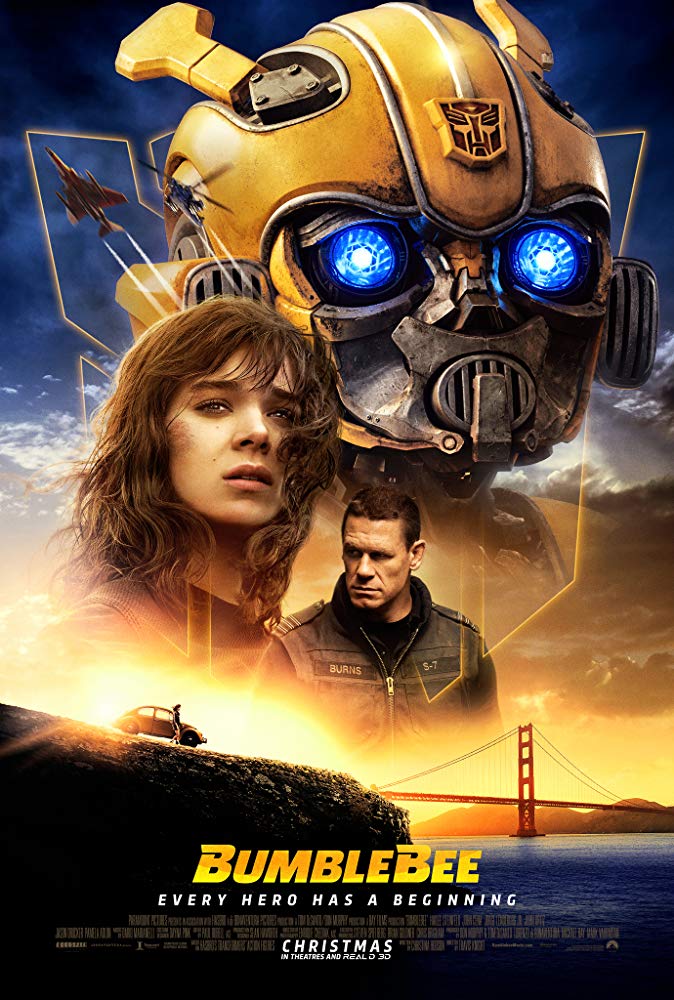 « Spider-Man: Into The Spider-Verse
Vice »
Katy Whitton https://www.facebook.com/WhatKatyReviewedNext/
2018-16-12GMT+010010:00:57349What Katy RevIewed Next
Bumblebee follows the titular character's arrival on Earth and how he learns to trust humans while protecting them against some of his own... 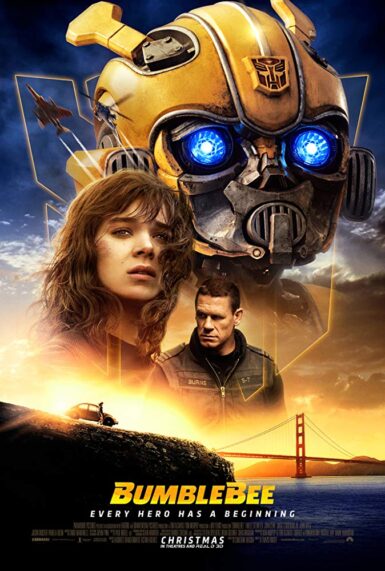 Overview: Bumblebee follows the titular character's arrival on Earth and how he learns to trust humans while protecting them against some of his own kind.

Bumblebee is an origin movie, but with a slight twist. Unlike most superhero origin films where they go right back to the very beginning of our hero’s story this one starts slap-bang in the middle of the war of Cybertron. The Decepticons appear to have the upper hand and Optimus Prime is sending the Autobots out into the galaxy where they can meet up later – all except for B-127 who is sent to Earth to prepare a forward base for the Autobots to regroup and find safety.

Unfortunately for B-127, his arrival on Earth immediately pits him against the U.S Military and a Decepticon who has followed him. During a battle with both forces, the Transformer barely escapes with his life and we are left unsure of his fate.

We then cut to our heroine, Charlie Watson (a girl by the way!), a typical teenager on the cusp of adulthood who hates to get up in the morning, put any deodorant on (apparently) and is a big fan of The Smiths (there’s no accounting for taste I suppose). Welcome to 1987, when we were allowed to ride mopeds with no helmets on but it was okay to wear headphones so we couldn’t hear any traffic, music came on tape and Judd Nelson was the greatest thing since sliced bread.

Charlie is gifted a beat-up old VW Beetle as a birthday present from her Uncle Hank who waves her on her way with a smile while his friend comments what a death trap the car is. “I know,” he says, “but look at her, she’s happy!”

The great thing about setting this film so far in the past (Goodness that makes me feel old now!) is that there are fun cultural references that us “grown-ups” will get as well as letting the kids of today know how lucky they have it (they don’t have to listen to The Smiths for a start). It also means it’s not going to be stepping too much on the toes of the Transformer movies that came before it (or should that be after it?).

If this film had been made in 1987 then Charlie would have been a boy, the “love interest” would have been a hot blonde and not a geeky black guy with a cool Afro and the army probably would have saved the day. If that were the case then there would be really no point in making this movie as we had all of that with Shia Lebeouf and his Transformers movies. Thankfully though, with a female writer at the helm  (Christina Hodson who has written the Harley Quinn movie which I’m now really looking forward to thanks to her writing talent) the characters are handled exceptionally well and are rounded unlike the usual two-dimensional affairs films of this genre seem to offer us – even the Decepticons have some personality traits that are quite amusing.

Staying with amusement, this film has buckets of laughs – I can’t remember a recent film where I laughed pretty much from start-to-finish and the whole audience was chuckling away throughout, especially as Charlie tries to teach the newly named Bumblebee about music (he feels the same way about The Smiths as I do) and his obsession with The Breakfast Club is hilarious. That being said, make sure you take a couple of tissues with you as there are some truly touching moments where Charlie tries to deal with past losses and Bumblebee tries to comfort her without being able to speak.

I won’t spoil the plot too much but needless to say that the Decepticons are up to no good (“They literally call themselves ‘Decepticons’. That doesn’t set off any red flags?” asks Agent Burns in a humorously self-aware moment) and there are plenty of fight scenes. The good thing about this movie is that you can actually see the fights and what’s going on whereas I felt in past films it was all a bit hidden – that may be because there aren’t that many CGI characters in this film so the budget may have stretched to allow this.

I have to say that I think this is probably my favourite Transformer movie to date – although I think I’ll go back and watch the original 1984 transformers TV series and 1986 Movie as I’m not convinced they got the evacuation of Cybertron quite right!

Watch this film if your feeling a bit nostalgic and want to relive the 1980s (minus the bad hair) or teach the youth of today what a Walkman and decent music was.

Get Related Titles on Amazon

Let us know your thoughts on "Bumblebee"