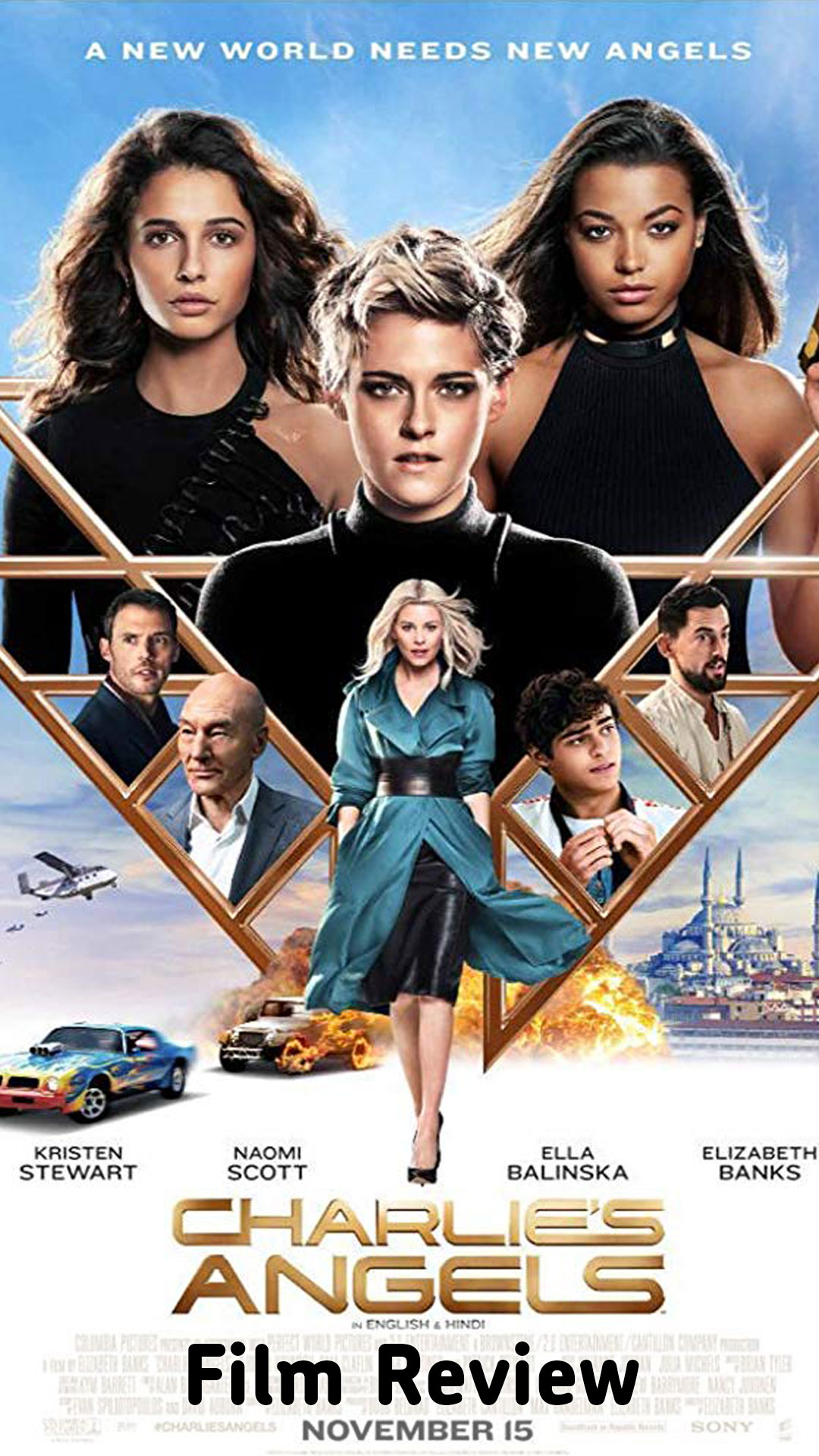 « Knives Out
Black Christmas (1974) »
Katy Whitton https://www.facebook.com/WhatKatyReviewedNext/
2019-27-11GMT+01004:00:16330What Katy RevIewed Next
After realising her work could be used to kill people, Elena teams up with Sabina and Jane to get back the tech and stop it falling into the wrong... 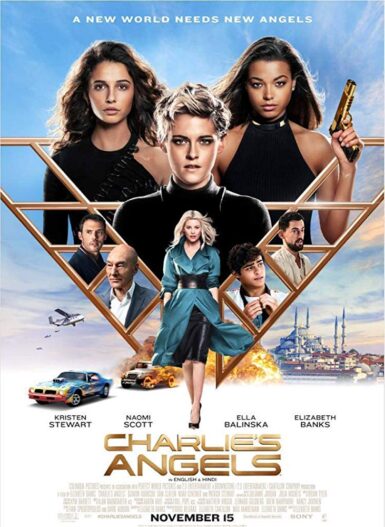 Overview: After realising her work could be used to kill people, Elena teams up with Sabina and Jane to get back the tech and stop it falling into the wrong hands.

Charlie’s Angels has been roundly dumped on by the US cinema audience taking a woeful $8 million over it’s opening weekend – and against a $45 million budget, that’s not good. Not good at all. But, what about the movie? Is it because it hits people over the head with a feminist agenda that people are staying away? Or maybe it’s just rubbish. Let’s get on with the review and find out!

Note: I watched a Cineworld Unlimited Screening of Charlie’s Angels on the 26th November, ahead of it’s 29th November 2019 release date in the UK.

The film opens with Sabina (Kristen Stewart) having a romantic meal with a guy who is mansplaining why women shouldn’t be allowed to do certain things like fix cars, install drywall or generally do anything other than look good for a man and keep quiet. Sabina doesn’t take this very well stating that she’s good at a lot of things before seductively tying the guy up using some rather impressive gymnastic moves and a handily placed curtain.

It turns out that Sabina is just a distraction and the guy (who we later learn is called Australian Jonny) is being taken in by The Townsend Agency for embezzling money from a charity that was due to help women and orphans in a war-torn country. Jane (Ella Balinska) enters the room and kicks some serious arse before getting annoyed with Sabine’s attitude and pushing her off the roof of the building. A smiling Bosley (Patrick Stewart) arrives to take Australian Jonny and his henchmen into custody and sends the girls off on a well-earned holiday.

Fast-forward to a year later and Bosley #1 is retiring having been forced out of the agency by Charlie (Bosley #1 is quite old to be fair) and the running of The Townsend Agency is being handed over to Bosley (Elizabeth Banks) and Bosley (Djimon Hounsou) – this may get a bit confusing with all the Bosley’s so please bear with me!

At a tech company in Hamburg, a young but brilliant computer programmer named Elena (Naomi Scott) has some serious concerns about a new device that her company wants to bring to market. If hacked it can be turned into a weapon that can kill a person with an electromagnetic pulse. Her request for time to fix the device (named Calisto) is ignored even though one of the techs working on it almost died. Worried of the implications of the device being installed in homes and offices worldwide she contacts The Townsend Agency for help in reaching the company’s owner Alexander Brock and stopping the release of the Calisto machines.Of course, things don’t go to plan and Elena is attacked by an assassin at her meeting with Bosley (Hounsou).

Jane and Bosley (Hounsou) manage to get Elena away from the assassin but not without sacrifice. Meanwhile Sabine, who was drafted in to help Jane even though she didn’t want it, has some comedy moments trying to catch up with the fleeing Jane and Bosley – and an inspired use of a motorbike helps temporarily halt the assassin’s rampage.

Jane and Sabine now have to help Elena infiltrate her company to steal the Calisto prototypes and this is done is a really clever way – I won’t spoil it for you as it’s really well done in terms of thinking about the way in which their plan works, how it’s set up and the pacing of it.

Once again, things don’t go to plan and the Angels have to travel to Istanbul with Bosley (Banks) to try and recover the missing technology and save the day.

There’s plenty of action sequences that keep the plot zipping along – and it’s good to see that they don’t pull and punches (literally and figuratively) with the girls taking on men and (unlike the 2000’s films) seriously kicking butt and taking names without having to rely on gimmicks to win the fight. There’s also a fair amount of humour but it’s not as ironic and self-referencial as it’s 2000s predecessor which is a shame; I think that if it had been a bit more satirical or tongue-in-cheek that would have rounded the film out slightly.

There is, surprisingly for me, a plot twist that I didn’t quite see coming until just before the reveal which was a nice change for a movie of this genre – you can usually see them coming a mile off so this was a pleasant surprise.

It’s a shame that the opening weekend’s figures were so low: the film was up against the more “male friendly” Ford Vs Ferrari (or Le Mans ’66 depending on what they’ve decided to call it this week) so hopefully its second weekend figures and U.K release will help bump up the takings somewhat. It’s definitely set up for a sequel and I for one would really like to see where these characters can go. I know we have strong female action representation on the screen at the moment thanks to Captain Marvel, Wonder Woman et al but it is nice to see a female-lead action film that’s not superhero related.

This film is fun to watch and does carry a message for younger women that you can survive in a male-orientated world and that it’s okay to fix a car or fit drywall if that’s your passion.

Watch this film if you want to see a woman beat a guy up with a computer mouse and are in the mood for great action sequences with a bit of humour thrown in.

The Spy Who Dumped Me