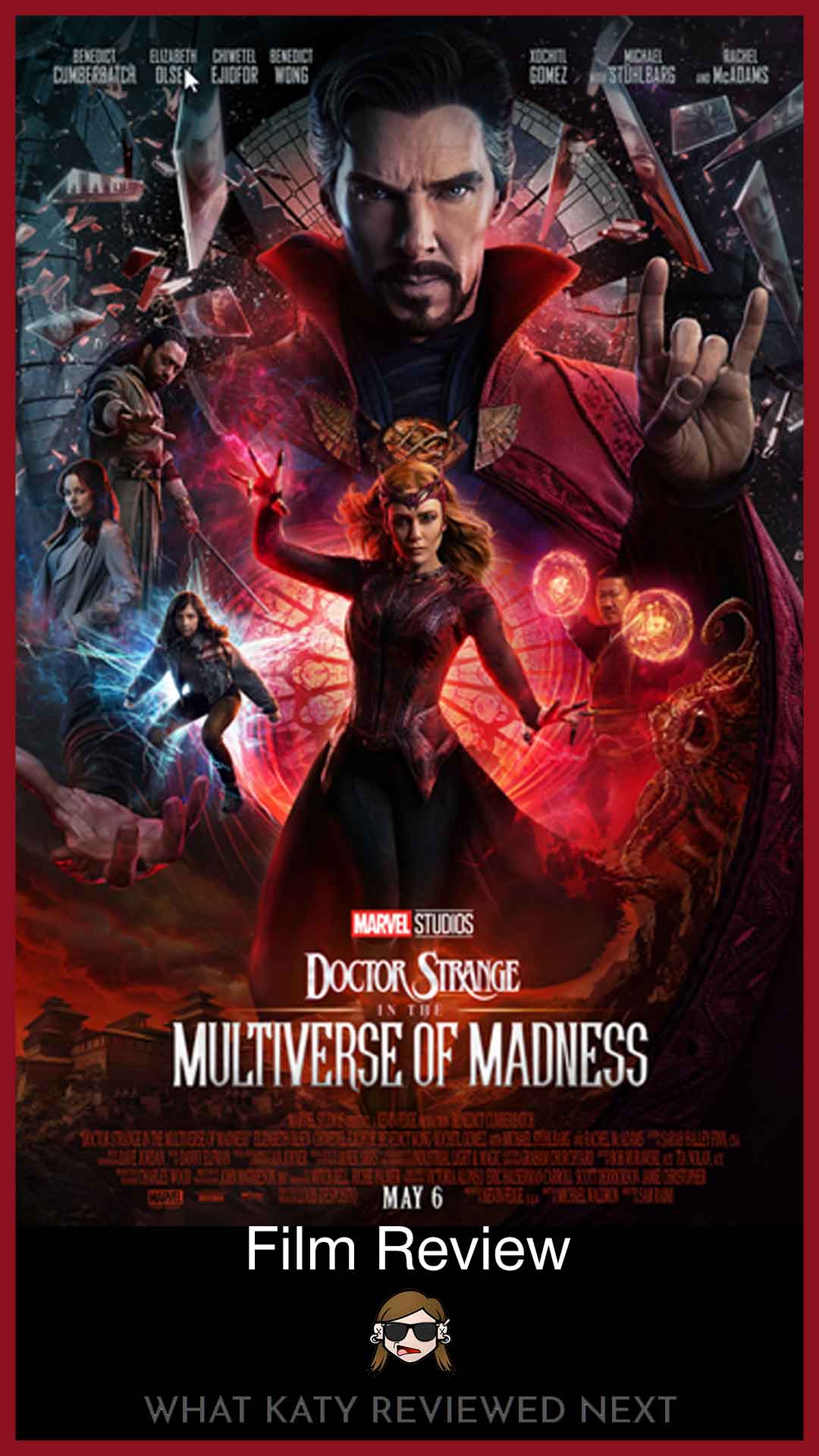 « No Time To Die
Moonfall »
Katy Whitton https://www.facebook.com/WhatKatyReviewedNext/
2022-03-06GMT+010010:25:33153What Katy RevIewed Next
Stephen Strange is drawn into a perilous situation after agreeing to help a young girl being tracked by a demon through the multiverse with maddening...

Doctor Strange In The Multiverse Of Madness Movie Review 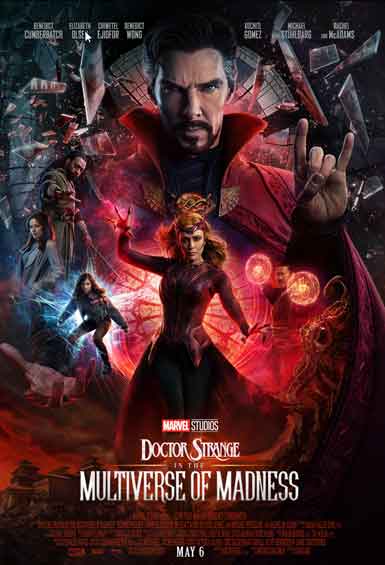 Overview: Stephen Strange is drawn into a perilous situation after agreeing to help a young girl being tracked by a demon through the multiverse with maddening results.

I don’t know what’s happened to Marvel but since entering the “post Avengers” segment of their offerings they seem to have lost their way somewhat – excluding the excellent Spider-Man: No Way Home.

Don’t get me wrong, Shang-Chi and The Legend Of The Ten Rings was a good film (if you take it in context of outside of the MCU), then we had The Eternals which left me wondering what I’d spent my time watching as the storyline was terrible,  the cast could have been out-acted by a tree and don’t even get me started on the trailers that promised so much from Salma Hayek  and Angelina Jolie and did them such a disservice that the promo material was basically a lie.

Black Widow was pandering to fans and just setting a character up for a TV show appearance – very disappointing and could have been so, so much better.

So, off the back of this, we have Doctor Strange In The Multiverse Of Madness which is a follow-on from Spider-Man: No Way Home and the Disney+ Tv Show Loki.

In Loki, the titular character “accidentally” causes the multiverse to come into being which until now has been thwarted by “He Who Remains” – the reasons behind this aren’t clear but I guess it’s because he likes things to be nice and simple.

In Spider-Man: No Way Home, Peter’s actions brings the new multiverse into the forefront as he messes with a spell that Stephen Strange is casting and soon universes collide.

Doctor Strange In The Multiverse Of Madness follows on from this by taking us along a journey where Strange must help multiverse hopper America Chavez (relative newcomer Xochitl Gomez who is easily the best person in this film) escape the clutches of an evil “demon” who wants to steal her multiverse-switching power.

I have so many issues with this film I don’t know where to start….

The script is written by a man who, apart from Loki, has written relatively little (1 episode of Rick & Morty and 8 episodes of a show I’ve never heard of) and I tell you what, the maleness shows.

I don’t want to give too many spoilers away – although I’m sure if you’re an avid Marvel fan you’ll have seen the film already – but the way the writer (Michael Waldron) throws out all of the character progression we saw from Wanda Maximov in WandaVision is a travesty.

The character I witnessed at the end of the Disney+ WandaVision show bears little-to-no resemblance to what I witnessed in this movie.

Sexism and story-arc ignorance aside, the dialogue is stilted between every single character. Nothing flows naturally and it’s all forced and contrived, the only shining light is Wong with some pithy one-liners but the rest of it is faux-Shakespearian verbiage that seems to be coming from someone who doesn’t have a clue about the character backstory or motivation.

The most egregious part of this film though comes with the handling of America. Without her and her multiverse hopping issues there is no movie. NO MOVIE!!!! But she’s sidelined a lot of the time in favour of some sappy scenes featuring Rachael McAdams who, for some reason, they decided to shoe-horn in to make Strange seem human or sympathetic or something.

It just made him look like a simp and her look like a right cow in any of the worlds in the multiverse.

Benedict Cumberbatch puts in a passable performance as Strange but it’s almost like he’s ticking the boxes to fulfil his contract, there’s little of the joy or sass we saw in previous portrayals. The only time he really seems to enjoy the role is when he’s playing a dead version of himself and that speaks volumes.

When I realised Sam Rami was directing I was very intrigued, his take on Spider-Man reinvigorated the whole superhero genre after all – and he directed The Evil Dead which is one of my all-time favourite films (he pays fantastic homage to it with a cameo from Bruce Campbell as a “pizza bowl” seller). But…

His directing is certainly of a time.

If this film was made in the early 2000s I’d have said it was really well done.

But Sir, we’ve moved on from stilted/contrived close-up face shots and so-obvious-what’s-going-to-happen exposition.

I get why they wanted him involved – a nice nod to the three Peter set-up in No Way Home, but really? It was a terrible choice. It didn’t fit in with the current style of the MCU at all.

And the fact that the director and writer were both men who tried to deal with Wanda’s feelings of loss for her children (fake or not, the loss is real) was a TERRIBLE idea.

No sympathy was given towards her character at all and just made her out to be the outright villain where in fact she should have been pitied and helped.

In fact, I’d go as far to say that the villain of the story was actually Strange himself who showed time and time again that in any universe he was basically an arrogant prat who knew better than anyone else.

But of course this was glossed over by the male writer and director because… reasons I guess.

I thought that The Eternals was bad but this surpassed that film on a grand scale.

The one saving grace of Doctor Strange In The Multiverse Of Madness were the Easter egg nods to other areas of the MCU, without that I think I would have rage-quit watching it.

Doctor Strange In The Multiverse Of Madness is following a dangerous precedent and Marvel needs to be very wary about how they move forward from here (although I’m sure Thor: Love And Thunder will be a welcome change to what’s going on at the moment).

If their next few properties follow this path I think they’ll be in serious trouble. They’re showing real arrogance here in assuming that fans will watch anything just because it’s a Marvel film and I think we’re all passed the point of that now.

You need to sort yourselves out Marvel and start making decent movies again.

Watch this if you’ve watched every other Marvel film and don’t want to be out of the loop – otherwise, don’t waste your time

Venom: Let There Be Carnage

The Woman Who Fell To Earth – Dr Who
Tagged With:  Action | Marvel | MCU | Superhero | Supernatural