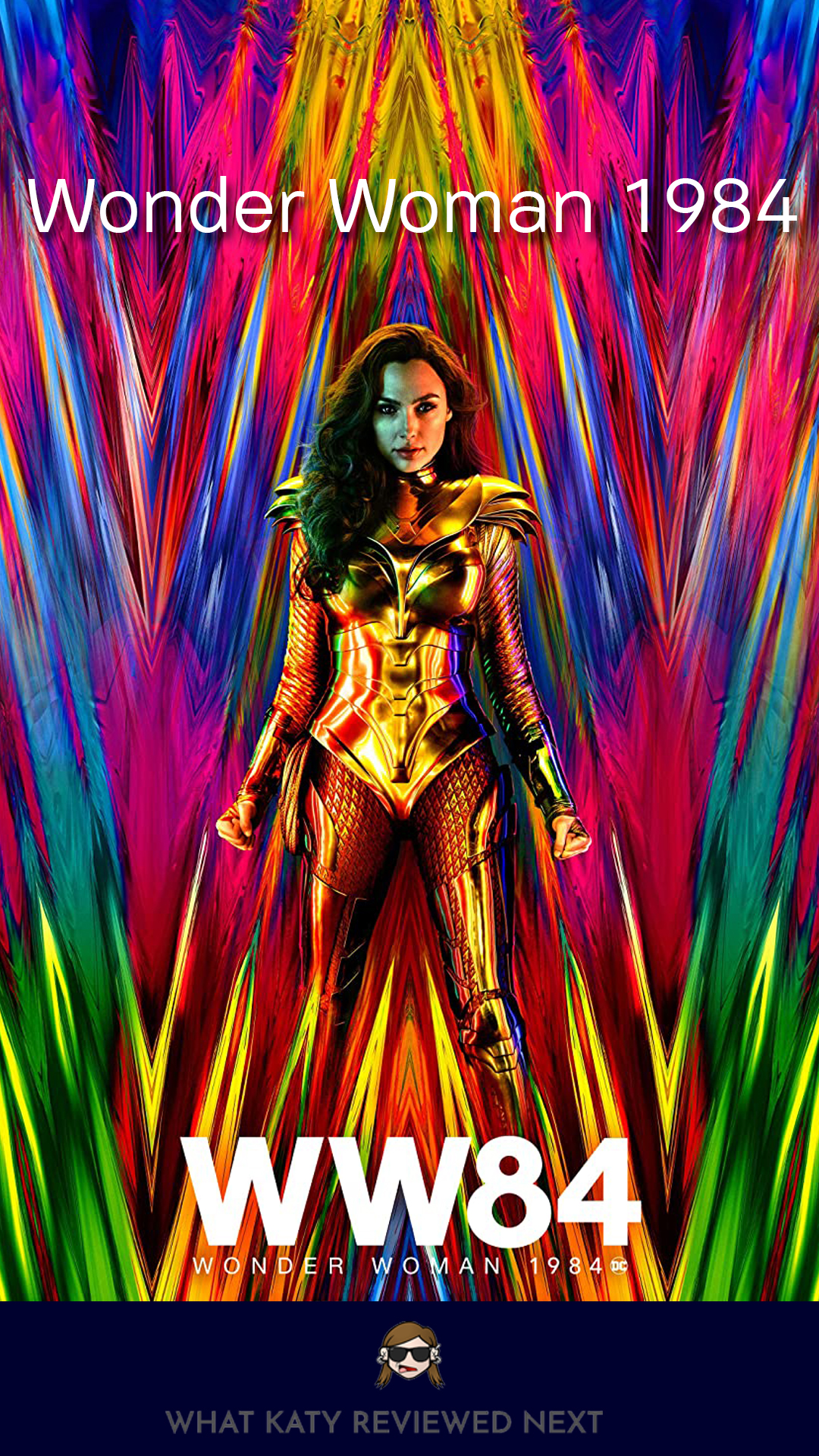 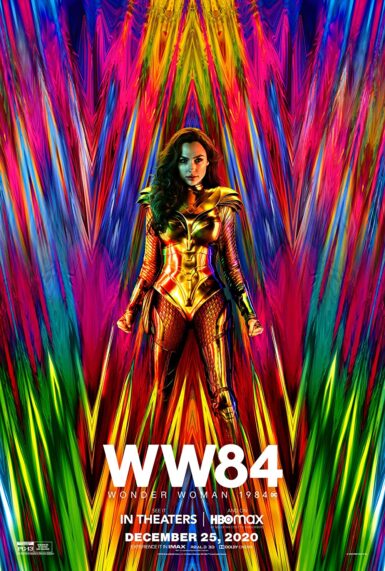 Overview: It's 1984 and Wonder Woman must fight a man bent on world domination and her own inner demons.

Wonder Woman 1984 is the follow up to 2017’s hit Wonder Woman (affiliate). The film opens with a young Diana taking part in an athletic competition where she uses her quick wits to take the lead and then ultimately cheat by taking a shortcut. Her Aunt, Antiope, stops her from winning telling the girl that “no true hero is born from lies”.

We then cut to 66 years after the events of the first film which is, oddly, 1984 and we find Diana Prince (Gal Gadot) working for the Smithsonian Institution as an anthropologist. No mention is made of whether she’s been keeping her head down since World War I or has been helping mankind beat various challenges, the past 66 years is a big, black hole.

After a botched raid at a jewellery store, an artefact is sent to the Smithsonian for Barbara Minerva (Kristen Wiig) to identify. Minerva and Prince strike up a friendship, but Minerva is jealous of Prince’s popularity for no obvious reason but I guess we need some kind of conflict to drive the plot forward, right?

Diana pops into Barbara’s office and checks out the artefact and while doing so she makes a wish. Unknown to her, the artefact is a Dreamstone and her wish is granted.

Diana wishes that her dead boyfriend Steve comes back to life. Which he does by inhabiting someone else’s body. No mention is made that this is super-weird and this guy is just being used without his consent – it makes no sense. The stone is powerful so why couldn’t it have just brought actual Steve back? Talk about problematic and I don’t think it will age well.

While Barbara is examining the artefact she wishes she was more like Diana and all of a sudden she has a “takes glasses off and becomes immediately sexy” moment which falls right into the Sexy Librarian trope that we’ve been trying to escape from for decades. Given that this film is directed by a woman, I would have hoped that the transformation of Barbara into the powerful Cheetah was handled with more grace than just showing Minerva can now walk in heels. Okay, the transformation is a bit more than that (she kicks a guy’s arse) but it doesn’t show the level of character development I think it could have.

As well as Minerva’s transformation into Cheetah, we also have the main villain, Max Lord (played with much scene chewing gusto by Pedro Pascal). Lord is a kind of discount Elon Musk figure, running what amounts to a Ponzi scheme getting people to invest in his empty oil wells. Lord is the mastermind behind the botched Jewellery store raid (although we don’t know how he found the stone in the first place) and visits Minerva in order to “borrow” the Dreamstone which, because Lord shows her a modicum of attention, she allows (sigh).

Lord then uses his wish to turn himself into the Dreamstone which allows him to grant wishes to others while taking something from them as payment. This initially starts off as oil but gradually becomes bigger and bigger until the whole world is placed on the brink of nuclear war.

Pascal is great as Lord, he clearly relishes every scene and he has some truly touching moments with his on screen son Alastair (Lucian Perez) but the real let down is Gadot, and it’s not her fault.

Diana/Wonder Woman only seems to shine when she’s on-screen with Steve, and there isn’t a huge amount of chemistry between them when you compare this film to is predecessor Wonder Woman (affiliate). She’s transformed into a two-dimensional character that we don’t really care about thanks to a poorly written script and genuinely cringey dialogue.

Kristen Wiig is also criminally underused in her Cheetah role and, to be frankly honest, I didn’t care what happened to her. That’s partly because we don’t really get to know Cheetah and her motivations, she’s just a cartoonish anti-Wonder Woman who seems to only function thanks to her jealousy of Diana.

Their fight scene which should have been the highlight of the film is a big let down thanks to some dodgy-looking CGI and, as per usual, being set at night so you can’t really see what’s going on.

There are also issues with the film’s other main action scene which takes place in Egypt. Is it really a good idea to have an Israeli actress beating the crap out of a load of Arabs? Not in 2021 it isn’t. I don’t know whether Patty Jenkins (co-writer and director) wanted to make some sort of point about the conflict between Egypt, Israel and Palestine or if she’s completely culturally tone deaf but either way, this won’t play well and I’m surprised it’s not been picked up on more.

I had high hopes for the style and cinematography of this film, after all much had been made of its mid-eighties setting however the film falls flat here on many levels as well. While there are some nods to the bonkers clothes that made the eighties the decade that fashion forgot, there was none of the garishness or punk styling that I remember (yes, I am that old).

Another thing that was a let down was the soundtrack. There are so many good early eighties tracks that they could have used but they relied heavily on an original score by Hans Zimmer who is as compentent as ever but doesn’t convey the eighties vibes that I was hoping for. I was also marginally confused by the inclusion of “Welcome To The Pleasure Dome” by Frankie Goes To Hollywood. Prince is at a party which we can date to around July 1984, “Welcome To The Pleasure Dome” is playing in the background but this wasn’t released until October 1984 on an album and the 18th of March, 1985 as a single. Now call me nitpicking but if you can’t get something as basic as a song release date right, it just shows a lack of attention to detail that can be seen throughout the rest of the film.

I don’t know how Warner Brothers can keep getting their D.C offerings so wrong but here we are yet again with a film that promised so much and delivered so little. The studio disagree with me (and most other reviewers though) and have deemed the film a hit and green-lit another film. Maybe it will be a case of “third time’s a charm”.

Watch this if you have a big pile of ironing to do and don’t want to watch something that requires too much attention.

Let us know your thoughts on "Wonder Woman 1984"