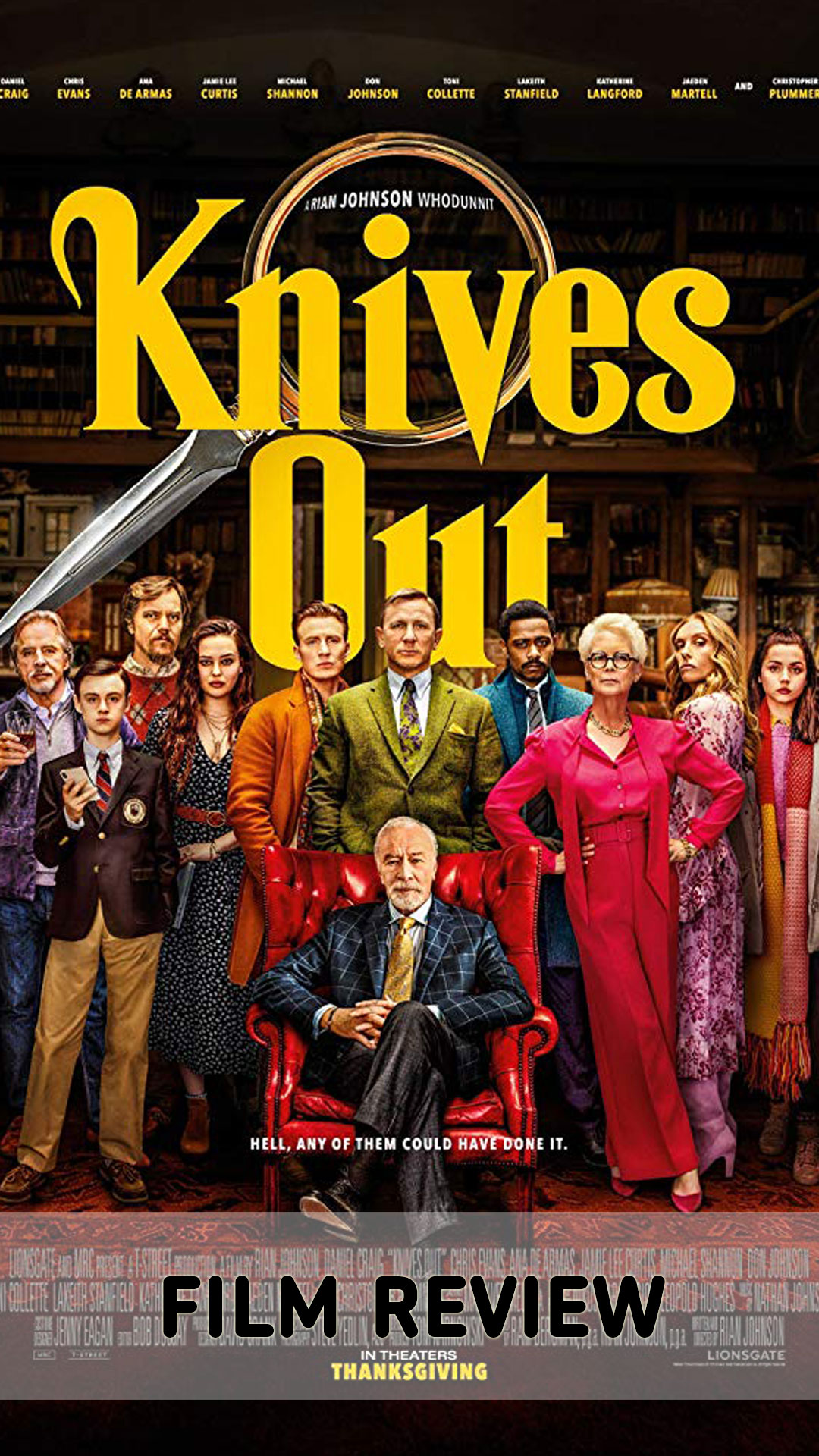 « Terminator: Dark Fate
Charlie’s Angels (2019) »
Katy Whitton https://www.facebook.com/WhatKatyReviewedNext/
2019-26-11GMT+010019:21:30329What Katy RevIewed Next
The death of Harlan Thrombey brings out the best and worst of people in this crime thriller that harks back to the era of Marple and... 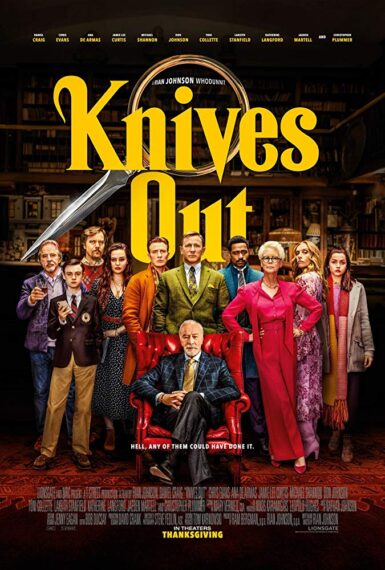 Overview: The death of Harlan Thrombey brings out the best and worst of people in this crime thriller that harks back to the era of Marple and Poirot.

Knives Out is a modern take on detective stories in the vein of Agatha Christie. The plot is very simple, the movie opens with a housekeeper discovering her dead employer. He appears to have committed suicide, but is all as it seems?

The police are called and, in a novel twist, aren’t the usual incompetent buffoons that you usually see portrayed in these types of films. They’re also joined by a private detective who has been mysteriously hired to investigate the death.

I can’t go into the plot in too much detail as I don’t want to give all of the twists and turns away (and there are a few although they were, to me, remarkably obvious) and Rian Johnson specifically asked us not to in a little speech before the main film. I will however try my best to describe the plot in a spoiler free manner as possible!

After Harlan Thromby’s death, the police begin their investigation and start to question the family members. They were all at the house on the night of Harlan’s death as he was celebrating his 85th birthday. It’s obvious from the tales that the witnesses tell (via a series of flashbacks) that they all have differing recollections of the night of the death and all have something to hide.

As the film progresses, we learn that Harlan didn’t much like most of his family members and preferred to spend time with his nurse and confidant Marta Cabrera (Ana de Armas). This friendship causes tension within the family and is the main driver behind the plot of the film.

Knives Out tries to capture the suspense, drama and humour of classics like Christie’s “The Mirror Crack’d” with Miss Marple or even Poirot in “Murder On The Orient Express” (and I think the success of Kenneth Branagh’s 2017 version is a big influence on Knives Out) but it doesn’t quite capture the wit, charm or thrills of its predecessors.

Part of the problem lies in the cast: there are just too many big names and not enough for them to do. The script is rather lazy and while there are some little gems of comedy (the Alt-Right kid bashing is particularly amusing) it does tend to plod from point A to B to C (or as Benoit Blanc would put it, follows the arc to it’s natural and obvious conclusion).

If you’ve seen or read any Agatha Christie then I think you’ll have figured out the ending of the film within 45 minutes and, as the film is 2 hours and 10 minutes long, that’s a lot of time to wait to be proved right. This would have been mitigated had there been some exceptional comedy moments, a couple of red herrings or major plot twist but there aren’t. Except for the “most pointless car chase in history” (a detective’s words, not mine but it is) there really isn’t a lot going on and it’s a shame that a cast with such on screen presence and acting chops is left basically to throw out soundbites that will look good in a trailer.

I really wanted to enjoy this film but as with Star Wars: Episode VIII – The Last Jedi, Rian Johnson’s writing and direction are just so by the numbers it’s like he’s reading a “how to” book and following each step rather than injecting any interesting subtleties and nuances.

If this film had been made in the late 1970s or early 1980s it would have been brilliant, coming in 2019 it just looks rather dated and out-of-place (Social Justice Warrior and Immigration arguments aside).

Watch this film if you’ve never seen an episode of Miss Marple or are really dumb when it comes to noticing extremely obvious clues.