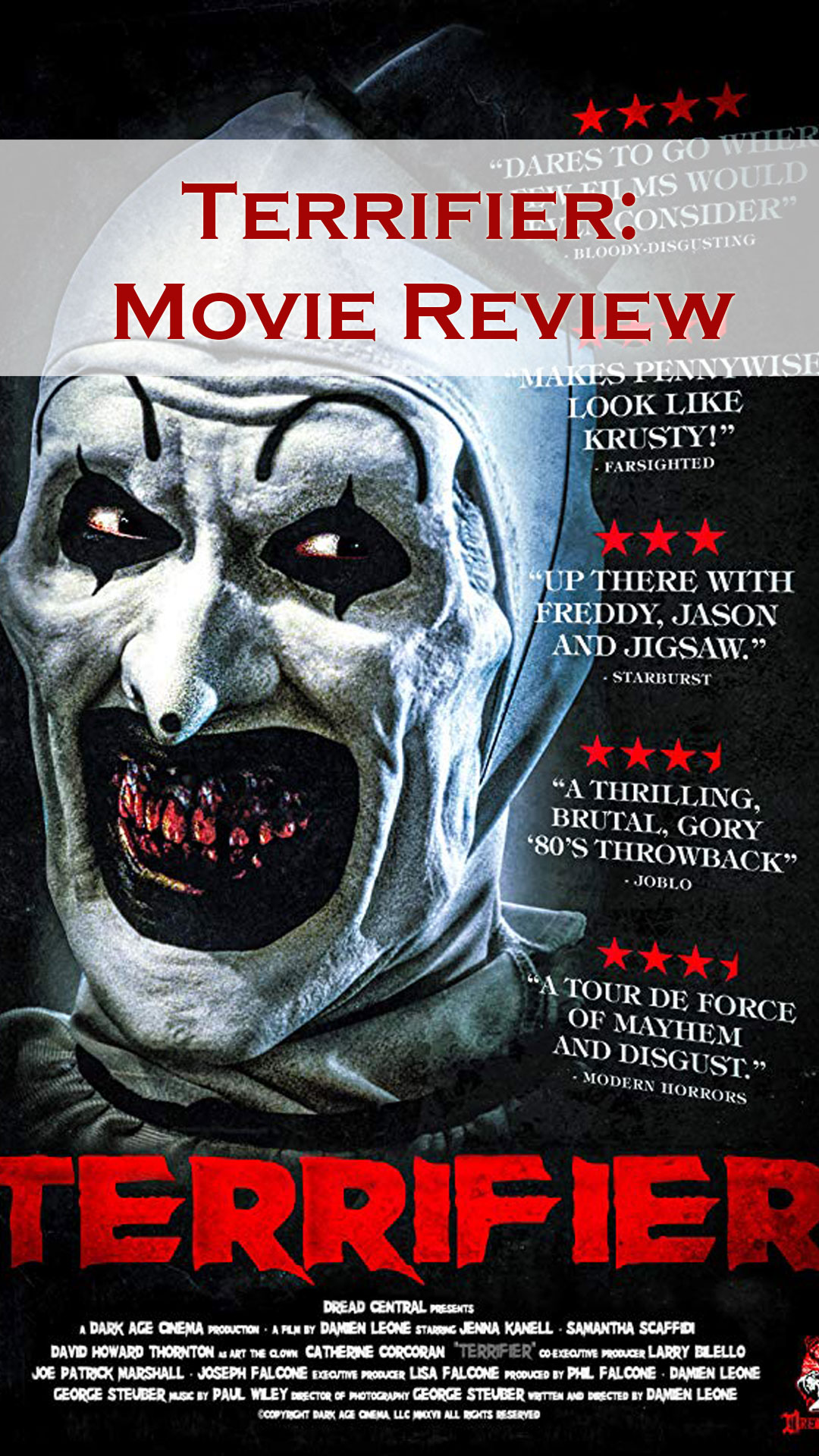 « Halloween (1978)
The Funhouse »
Katy Whitton https://www.facebook.com/WhatKatyReviewedNext/
2019-02-11GMT+01001:17:14305What Katy RevIewed Next
The film opens with an interview with a woman, she was attacked and disfigured a year ago by someone only known as “Art The Clown”. You know this film is going to be a bit naff from the... 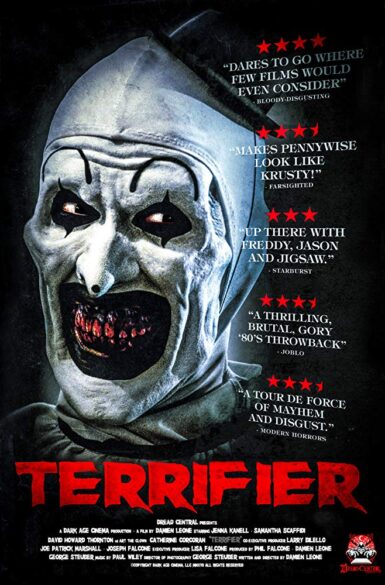 Overview: The film opens with an interview with a woman, she was attacked and disfigured a year ago by someone only known as “Art The Clown”. You know this film is going to be a bit naff from the outset: the disfigurement effects aren’t good at all (they would have been better showing just parts of […]

The film opens with an interview with a woman, she was attacked and disfigured a year ago by someone only known as “Art The Clown”. You know this film is going to be a bit naff from the outset: the disfigurement effects aren’t good at all (they would have been better showing just parts of the woman’s face rather than the whole lot) and a killer clown named Art? Come on!

The host is a bit of a bitch and tells her boyfriend that if she ever becomes disfigured then he should kill her – plot foreshadowing! Sure enough the disfigured woman from the interview attacks the host ripping her face off which isn’t shocking or a surprise thanks to her earlier comment and the fact that it’s filmed really badly.

We then cut to two drunk girls, they’re thinking of driving home but decide to get some food instead. They’re followed into a pizza restaurant by a weird looking clown figure who keeps staring at them. One of the drunk girls called Dawn gets a selfie with him but the clown won’t stop staring at the other girl, named Tara. The clown gets kicked out of the Pizza shop after crapping all over the bathroom and writing his name – Art – is his own poop (classy).

The girls then return to the car but it’s got a flat so they call Tara’s sister to come and give them a lift. Tara thinks that the Clown is super-shady and their conversation is intercut with scenes of Art butchering the two pizza shop workers.

This scene is supposed to be super-gross but I found myself laughing out loud. Maybe I’m sick and twisted, or maybe it was just super-rubbish whichever one it was, I didn’t find it scary, gory, gross or disgusting.

The acting isn’t too bad but the budget really lets this film down (according to Wikipedia the budget was a paltry $100,000). They really would have been better off going down the implied horror route rather than putting it front-and centre in a scene. Unfortunately they go completely the opposite direction, in one scene we get to see Dawn being hung upside down and then sawn in half through her vagina.

Did I need to see that?

No, I most certainly did not.

This is horror exploitation cinema at it’s worst, I’m surprised they didn’t make the lead access run around topless for the majority of the film but I guess as this isn’t the 1970s the director has moved on slightly.

There’s no plot, just Dawn running around trying to avoid being captured by Art, failing miserably and then escaping again.

It’s a shame because this could have been quite a clever and scary film if they’d have put a bit more thought into it. Instead it’s just a bloody mess (literally and figuratively) from start to finish.

There’s no obvious motivation for why Art chose to obsess over Tara, we can only assume she was in the wrong place at the wrong time but because we don’t know much about her character I really don’t care that he’s attacking her. The only person I feel sorry for is the mental lady who lives in the basement.

Fortunately this film is only 80 minutes long. Any longer and I think I would have gone and asked Art the clown to saw me in half through my vagina to get away from this terrible film.

Previously, I probably would have rated this film One Star because it’s that bad however that’s not fair on the actors who are making the best of a bad script and awful directing so I upped the score a little bit.

Watch this film if you’re not afraid of clowns, aren’t overly squeamish and want to see some truly terrible practical effects.