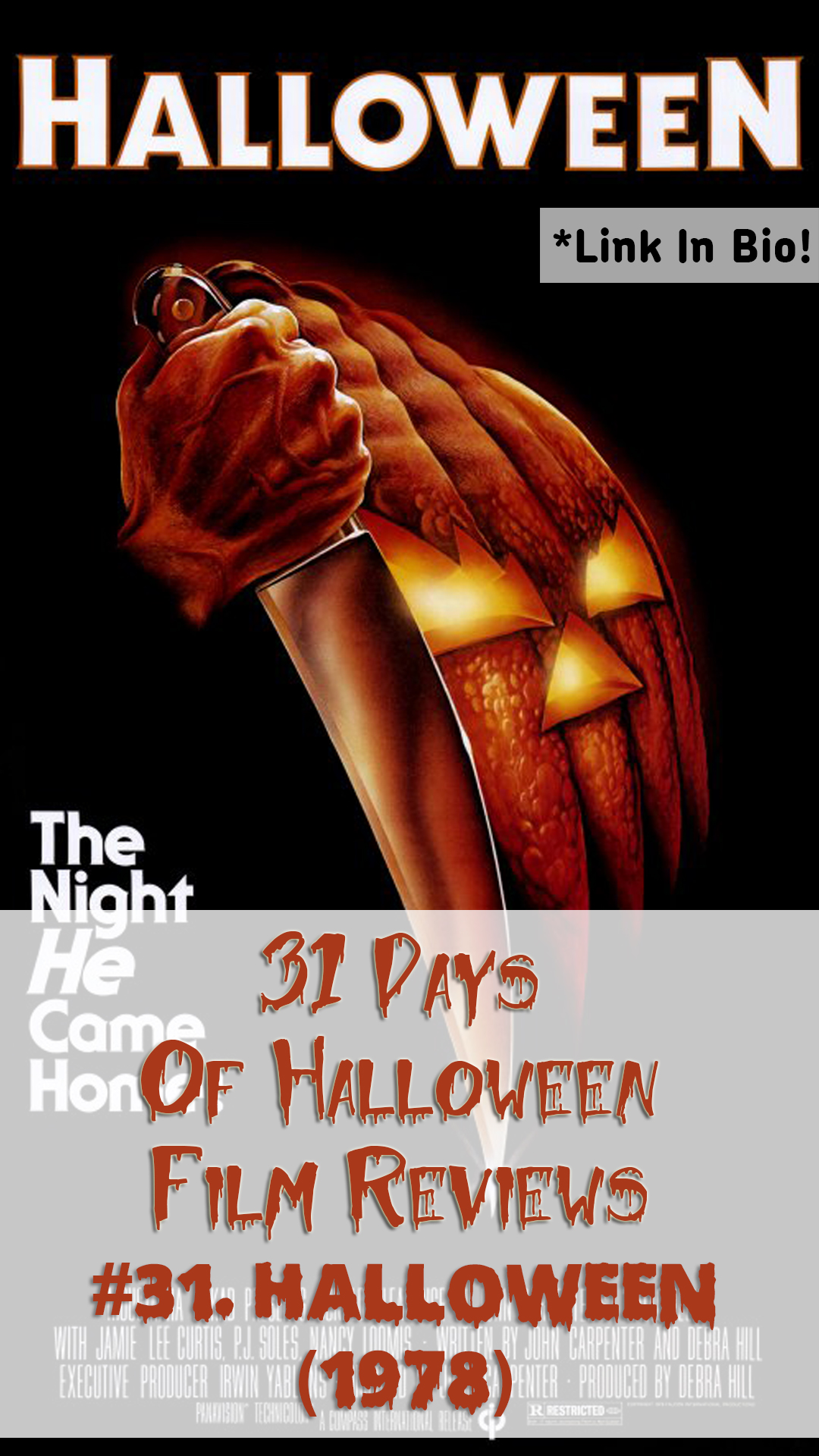 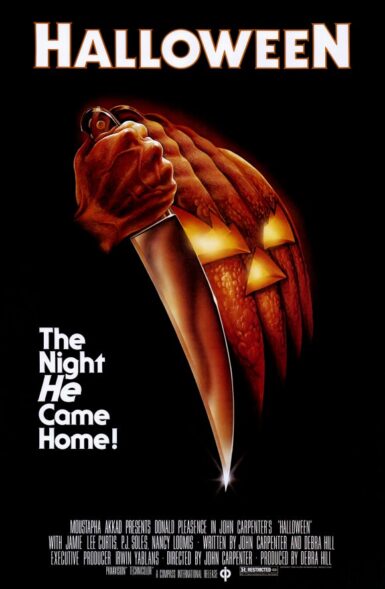 Overview: Fifteen years after murdering his sister on Halloween night 1963, Michael Myers escapes from a mental hospital and returns to the small town of Haddonfield, Illinois to kill again.

What better way to finish out 31 days of Halloween Film reviews than with a review of the film that started it all – Halloween 1978?

If Psycho is considered the first ever slasher film, then Halloween is one of the first modern horror films. It defined a genre, created the low-budget horror film industry of the 1980s and set the bar for all horror films that came after.

The story begins in 1963, we see the world through the eyes of a child. The difference is that this child is wearing a mask and is carrying a knife. We see, still through the child’s eyes, a brutal attack on a girl (the child’s sister) – she’s stabbed repeatedly with the knife. When the child’s mask is removed and we finally get to see him, it’s a young child called Michael Myers, who shows no emotion or remorse over his actions.

Fast forward 15 years to 1978. Dr Sam Loomis (Donald Pleasence) is driving to a sanitarium in order to pick up Myers so he can be taken to a hearing to determine whether he’s to remain in psychological care or be released (presumably into the genral population or to serve a standard prison sentence). As Loomis approaches the sanitarium, he sees that there are patients roaming around – they’ve been able to break out and are now fleeing the area. As Loomis pulls up, Myers jumps into the Doctor’s car and tears off escaping the area.

The following day, we’re in Haddonfield, Illinois. It’s your stereotypical all-American town (aren’t they all?) and Laurie Strode is walking down the street with a young boy she’s looking after. She heads up the steps of a derelict looking house and the boy tries to tell her she shouldn’t be going near it as it’s the Myers house and is haunted. Laurie scoffs and and tells the kid she doesn’t believe in such things (whoops!)

Throughout the course of her day, Laurie is stalked by the masked Myers (we don’t know why or what their relationship is at this point) – it’s important to look in the background of all of the scenes as he’s often there in a “blink and you’ll miss it” manner.

That evening, Laurie is babysitting while her two school friends are getting high and getting busy – this is where the rules of horror films come from: drink, do drugs, have sex or act in anyway that’s immoral (in whose eye’s we don’t know) you’ll become a target for the killer.

It’s this twisted sense of morality that’s lead to the phenomenon of the “Final Girl” and Laurie Stroud is one of the stand-out Final Girls ever to grace the silver screen.

The final third of the film is full of fun and inventive deaths, Laurie trying to escape Myers and Loomis trying to make up for his shortcomings as a Psychologist – he always seemed to have a blindspot of Myers and this lead to the rampage that is now happening.

From start to finish this film is full of tension – thanks in part to well directed and tightly scripted scenes as well as Carpenter’s own atmospheric score; there’s no wasted inch of screen or action, everything is deliberate and has meaning. A lot of this is probably down to the incredibly small budget the film had which meant every scene had to count, but it’s also testament to Carpenter’s skill as a director and the editing by Charles Bornstein and Tommy Lee Wallace (who went on to direct Halloween III: Season Of The Witch and the IT TV Mini-Series).

While there where a couple of slasher films that came before Halloween – notable mentions are Black Christmas (1974) and The Texas Chainsaw Massacre (1974) – this is the film that really set the bar in terms of terror and physcological horror. Both Black Christmas and Texas Chainsaw are great films but they lack the subtlety of Halloween which makes it stand apart from other films of the same era.

While the horror isn’t overt, I wouldn’t recommend this to younger teenagers as some of the scenes are rather scary – even if you don’t see a lot of what’s happening your imagination fills in the blanks.

Watch this film if you’d like to be reminded of where the true slasher horror genre began or if you’re in the mood for a horror film that doesn’t rely on gore for the scares.