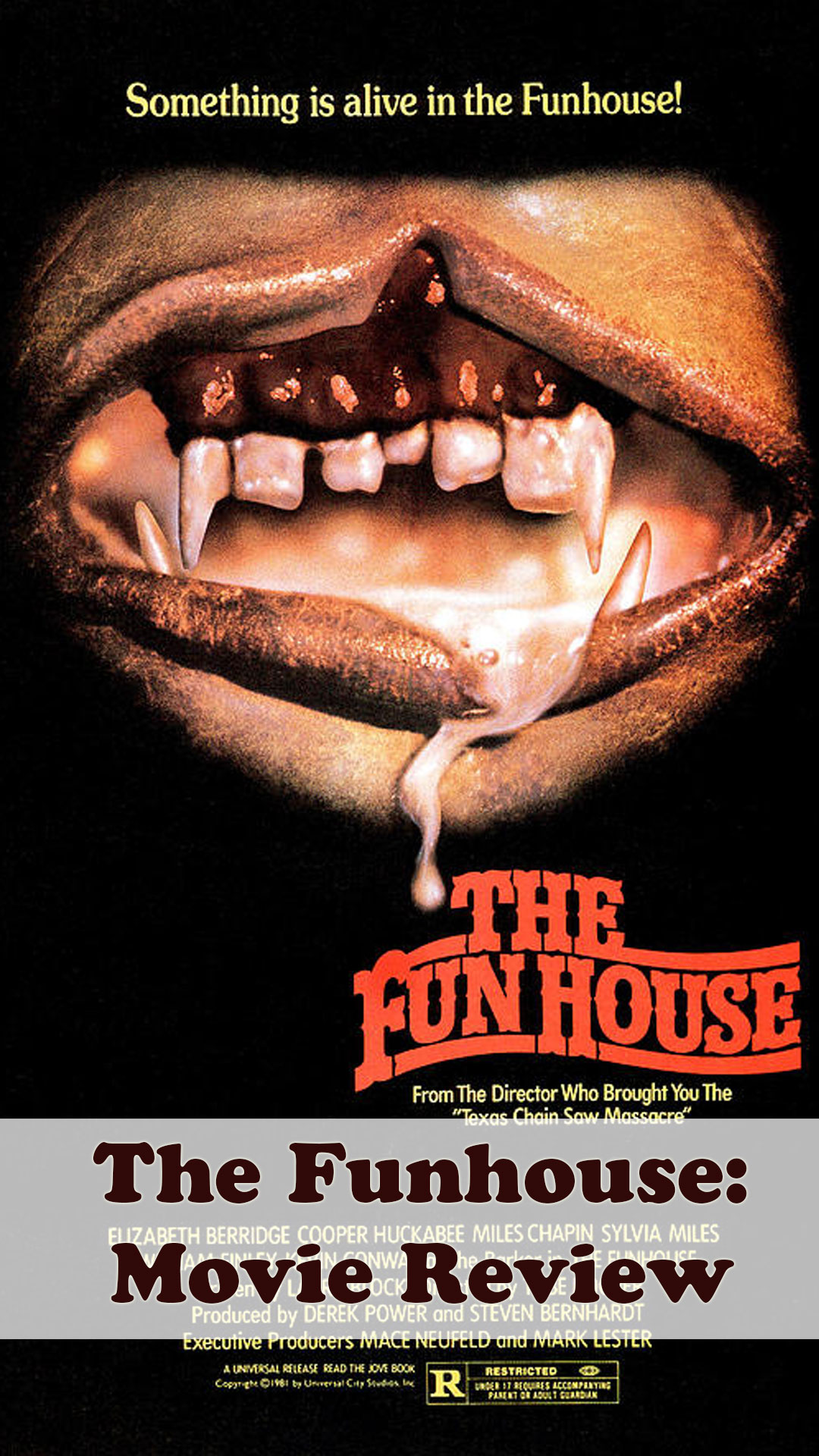 « Terrifier
Terminator: Dark Fate »
Katy Whitton https://www.facebook.com/WhatKatyReviewedNext/
2019-02-11GMT+010021:35:45305What Katy RevIewed Next
The beginning of Tobe Hooper’s The Funhouse is a direct rip-off of John Carpenter’s Halloween. Okay, the start of the film is a comedy “bit” but I would have thought he could... 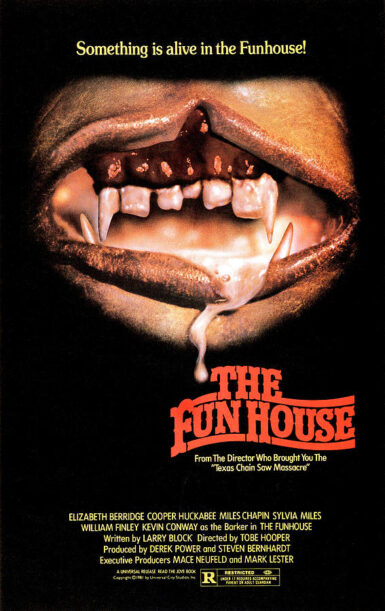 Overview: The beginning of Tobe Hooper’s The Funhouse is a direct rip-off of John Carpenter’s Halloween. Okay, the start of the film is a comedy “bit” but I would have thought he could have put his own stamp on it. Amy’s little brother dons a mask and proceeds to go Michael Myers crossed with Psycho on […]

The beginning of Tobe Hooper’s The Funhouse is a direct rip-off of John Carpenter’s Halloween. Okay, the start of the film is a comedy “bit” but I would have thought he could have put his own stamp on it. Amy’s little brother dons a mask and proceeds to go Michael Myers crossed with Psycho on Amy in the shower (pervert). She chases him around the house and finally catches him telling him that she’s going to get him back one day.

Amy’s a smart-mouthed teenager who’s off out on a first date with new boyfriend Buzz. She’s not too keen on going to the carnival and wants to go to the movies instead but Buzz isn’t happy changing their plans so late. They pick Amy’s friends Liz and Richie and the two guys get stoned (I guess they haven’t heard of the rules of horror movies) and head off to the local carnival that’s just arrived in town. Meanwhile Amy’s little shit of a brother is escaping out of the house through his bedroom window and heads off through town towards the carnival presumably to ruin Amy’s evening.

The carnival is your standard freakshow with mutant displays and a two-headed cow. The girls are weirded out by it all – especially after a run-in with a strange old woman in the toilets who growls “God sees all” at the girls – but the boys love it. The kids get a bit more stoned – Amy included this time, it’s a good job she’s a virgin or she’d be a goner for sure – and then go and see a fortune teller. Nothing really comes of this visit – I was expecting some plot foreshadowing or revelations but all we got was that the kids were arseholes and got kicked out.

We’re now 30 minutes into the film and absolutely nothing has happened. I get that we need to build characters (which a lot of horror films are severely lacking in) but this is really slow going – plus, because the kids come across as being rude, arrogant dicks I really don’t care about them.

Anyway, about 40 minutes into the movie, stoned Richie decides that the kids should all spend the night in the funhouse (hence the title of the movie) so they get on the ride and manage to hop off half-way through. Now, I don’t know what sort of muppet was running the funhouse (he was dressed as Frankenstein’s monster) but I think I’d notice if 4 kids went in but didn’t come out. Amy’s little brother sees that they haven’t left the ride so stays behind after the carnival has finished to try and find his sister but he’s scared off by the creepy old woman from the toilet scene.

The kids are in the roof of the funhouse and they hear a noise from downstairs. It’s the freaky Frankenstein guy and he’s paying off the fortune teller to have sex with him. Poor Frankie gets a bit overexcited before the main event and is upset that she won’t give him his money back. In a rage he strangles the fortune teller, an act that’s witnessed by Amy, Buzz, Liz and Richie. They’re shocked by this and decide to get out of the carnival – Oh, if it were only that simple!

Instead of just leaving, they decide to steal Frankie’s stash of money first and when one of the other Carnie operators discover’s it’s missing, he realises someone must be in the funhouse. He unleashes the freaky Frankenstein on Amy and friends with gruesome results.

While all of this is happening somehow Amy’s brother has been able to return to the carnival and wander around unchallenged for the majority of the movie in a side plot that goes absolutely nowhere.

Amy and her pals run around the funhouse trying to avoid being killed. The funhouse must have been designed by Dr. Who because from the outside it looks about the size of a lorry trailer, inside however it’s about 3 stories tall and has like 200 rooms in it. The layout is effective for the storyline but you really have to suspend your disbelief in order to get your head around the logistics of the space.

The main killer in the film is very reminiscent of Leatherface in Hooper’s most famous film Texas Chainsaw Massacre and the two villains are pretty much interchangeable in terms of both look and mannerisms. This is a shame because I rate Hooper quite highly as a director, I think he’s let down badly by Larry Block’s script.

That being said, it’s not a bad film, it’s just very much of it’s time. The acting is passable but the slow pacing of the first couple of acts knocks off a couple of stars for me.

Watch this if you haven’t seen Texas Chainsaw Massacre, or want to see a slasher film that isn’t too violent.