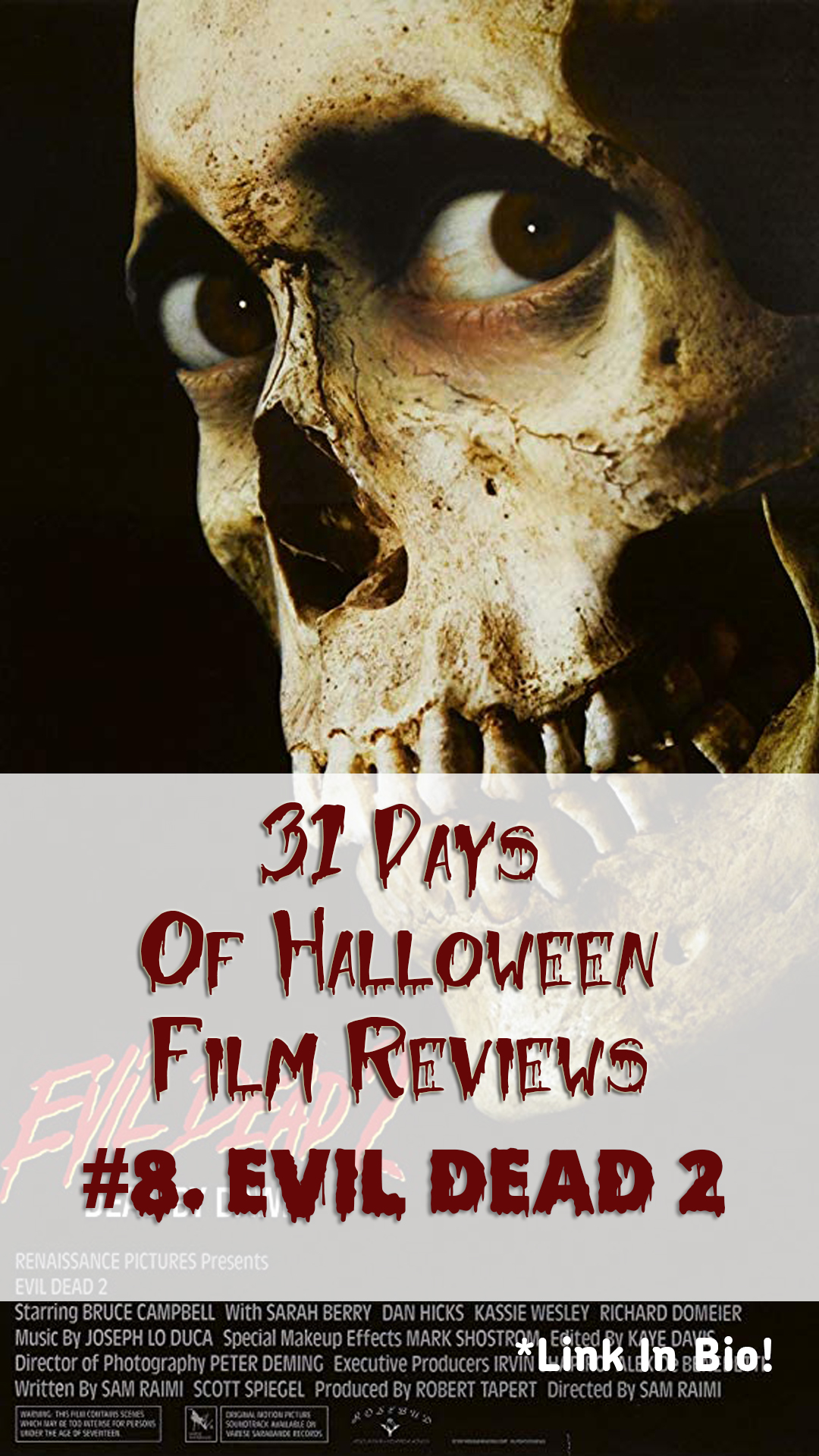 « The Evil Dead (1981)
Army Of Darkness »
Katy Whitton https://www.facebook.com/WhatKatyReviewedNext/
2019-08-10GMT+010016:44:54280What Katy RevIewed Next
Trapped in a cabin, Ash and his girlfriend Linda must fend off the evil that lurks in the woods. Evil Dead 2 turns the grossness levels up to 11 in this horror comedy sequel/reboot that will terrify... 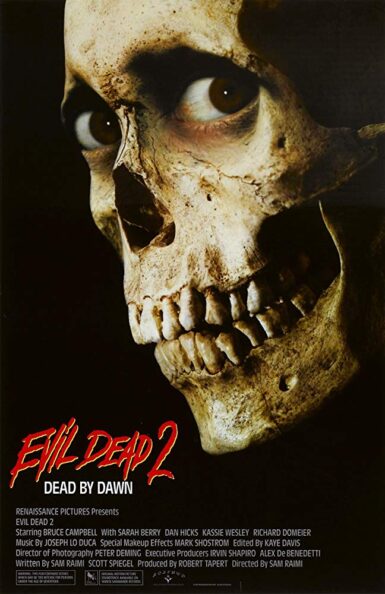 Overview: Trapped in a cabin, Ash and his girlfriend Linda must fend off the evil that lurks in the woods. Evil Dead 2 turns the grossness levels up to 11 in this horror comedy sequel/reboot that will terrify you while making you laugh at the same time.

Evil Dead 2 is just as strange a film as the first installment. While this film might be called Evil Dead 2, it’s actually a reboot of the first film and ignores the events of Evil Dead completely.

Why have they done this? Budgets for one thing. The first film was made on a shoestring budget of under $500,000 and it grossed over $2 million worldwide on its initial release which is a heck of a return on the investment.

As I noted in my review of the Evil Dead, you can really tell it’s a low budget film: the effects are quite bad and the acting is a bit “iffy” so with the Evil Dead 2 they decided to kick off the whole story again bringing back Ash and increasing the budget to over $3.5 million – a massive jump!

It would have been easy for a director to let this budget go to his head but Sam Raimi sticks with the techniques that made the first film such a success and just ups the production values instead.

As with the first film, Ash’s girlfriend is possessed by the Deadites and attacks him – there’s a great scene involving a spade which I won’t spoil (which is kind of spoiled in the trailer btw) which did make me laugh – and that’s the different with this sequel reboot, it doesn’t take itself seriously at all. It’s wonderfully over the top – the sequence where Ash is carried through the trees by whatever the menace is is great fun.

Poor Ash goes through the ringer a bit as his dead girlfriend rises from her grave an proceeds to attack him with a chainsaw which is very well done with practical effects (no CGI back in the 1980s folks!). His hand is also possessed and in a wonderfully over-the-top scene proceeds to smash plates over his head and then try to kill him with a meat cleaver.

The first film was censored for the amount of gratuitous violence that was shown and this film doesn’t deviate from that formula too much but it’s not as overt as the first film. If you had to choose between watching Evil Dead and Evil Dead 2, I’d actually choose the first film. Why? While the sequel/remake/reboot/whatever you want to call it has a bigger budget and higher production values, I think it lacks the naivety and charm of the first film. Some of the scenes are so over-the-top in Evil Dead 2 that they go beyond funny or parody and you sit there incredulously wondering what’s going on.

While Evil Dead was camp fun and sends up the horror genre without realising that’s what it was doing, Evil Dead 2 is too self-aware for it’s own good and it just doesn’t quite work for me. That’s not to say that Evil Dead 2 isn’t a fun film though, it is. It’s just not as good as it could have been.

Watch this film if you’ve not seen the Evil Dead yet or are in the mood for an over-the-top gross out semi-horror film.

Let us know your thoughts on "Evil Dead II"