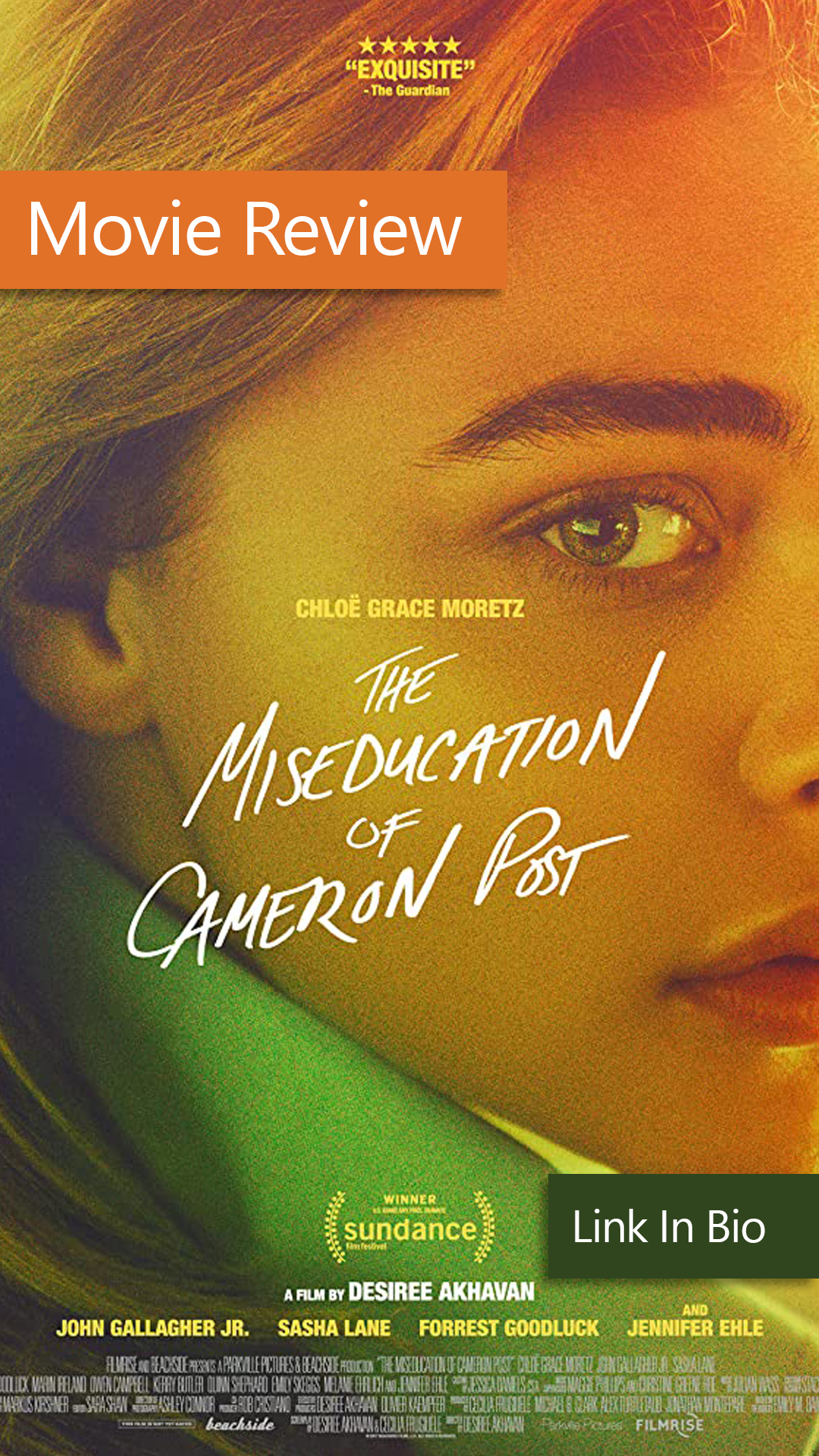 « Cooked: Survival by Zip Code
13th »
Katy Whitton https://www.facebook.com/WhatKatyReviewedNext/
2020-11-08GMT+01002:03:58223What Katy RevIewed Next
Cameron Post struggles with her sexual identity after her relationship with her best friend is exposed. In order to save her from damnation her aunt sends Cameron to a Conversion Therapy... 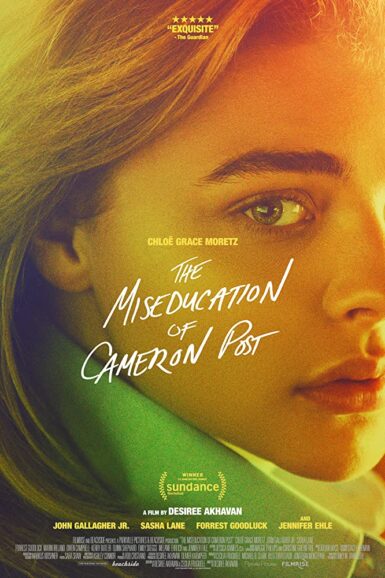 Overview: Cameron Post struggles with her sexual identity after her relationship with her best friend is exposed. In order to save her from damnation her aunt sends Cameron to a Conversion Therapy camp.

There has been a lot of talk here in the UK recently about the practice of Conversion Therapy . If you’re not aware of what this is, briefly it’s a way of using psychological and religious practices in order to “pray the gay away”. It is an extremely mentally damaging practice and the then UK Prime Minister Theresa May promised to ban Conversion Therapy in 2018 but the government are still dragging their feet over it two years later.

Now, I didn’t realise the Conversion Therapy was a thing in the UK, I thought it was something that went on in Southern Bible belt states where they told you you would burn in hell for loving someone of the same sex and believe they can cure cancer with the laying of hands and when I went looking for a film on the subject in order to understand what Conversion Therapy was about, that’s pretty much what I got.

To be fair, there aren’t many big films about Conversion Therapy and looking at the list I’d forgotten I’d watched “But I’m A Cheerleader” which if I recall correctly doesn’t treat the subject too seriously.

I’m a big fan of Chloë Grace Moretz so I thought I’d give “The Miseducation of Cameron Post” a watch and after seeing it, I wish I’d watched “Boy Erased” instead.

Set in 1993, the story follows the titular Cameron Post (Moretz), a young teenaged girl who is coming to terms with her sexuality. In a series of flashbacks we see her relationship with her boyfriend which mainly consists of awkward hand holding and her best (girl) friend Coley (Quinn Shephard) which mainly consists of lots of kissing and awkward fumbling under clothes.

We aren’t explicitly told how old these kids are but as they attend Prom (and due to the sexual nature of Cameron and Coley’s relationship) I assume they’re around 16. At the prom Cameron and Coley sneak out and head to Cameron’s boyfriend’s car where they have sex only to be interrupted by the boyfriend.

We cut to Cameron arriving at “God’s Promise”, a gay conversion therapy camp. Here they aim to get the gay out of you with religion and quasi-psychological methodologies.

The camp is run by Dr Lydia Marsh (Jennifer Ehle) and her brother Reverend Rick (John Gallagher Jr.) and they play good cop/bad cop characters with Marsh being the stern matriarch and Rick being the cool Uncle everyone wants to be friends with. Rick, it turns out, used to be gay but was “saved” by his sister’s methods and decided to start the camp so she could help more people like him.

The rest of the film is basically Cameron trying to come up with things to put on her iceberg (a representation of what makes her gay), pining over Coley (who turns out to have more to do with Cameron’s predicament than we thought) and smoking weed with Jane Fonda (Sasha Jane) and Adam Red Eagle (Forrest Goodluck).

We’re supposed to believe that the environment these characters are in is horrible and damaging but we’re not shown anything that really proves this. Sure, there is an incident where one of the residents harms themselves but that’s more to do with their own mental state and relationship with their family rather than what’s going on at the camp. In fact, the camp seems to be just the opposite of what the characters, writer and director wants us to believe; it’s an extremely ineffective place run by people so caught up in the belief that they’re doing the right thing that they can’t see what is really going on – nothing.

It’s a shame that the subject matter wasn’t dealt with in a more hard-hitting way. I’ve not read the novel (available from Amazon in a variety of formats) so I can’t tell if the film version was watered down and unusually the author wasn’t (as far as I can see) involved in the screenplay so we don’t know if it’s what she would have wanted to see on the big screen. And, while the film is an “indie” production, I’m sure that changes must have been made in order to appease film distributors who are pretty bad at supporting any films that feature LGBTQIA+ causes (excluding “gay lite” films Bohemian Rhapsody and Rocket Man of course).

There’s no indication at all of the psychological trauma that conversion therapy causes, in fact Cameron just seems to glide through the film with the dissatisfied and disaffected air that most screen teens possess.

While the film is well shot, well-acted and the editing moves the story along at a good pace I just felt…. well, nothing after watching this film. I wasn’t invested in any of the character’s journeys and didn’t care about the outcome at the end of the film (which caused me to eyeroll at the major cop-out ending).

This was a huge missed opportunity to educate people on the evils of Conversion Therapy and instead turned into the Miseducation of the Audience if they thought this was going to be a film of any real substance.

Watch this film if you’re a hormonal teenage boy who gets a boner at the thought of two girls snogging.