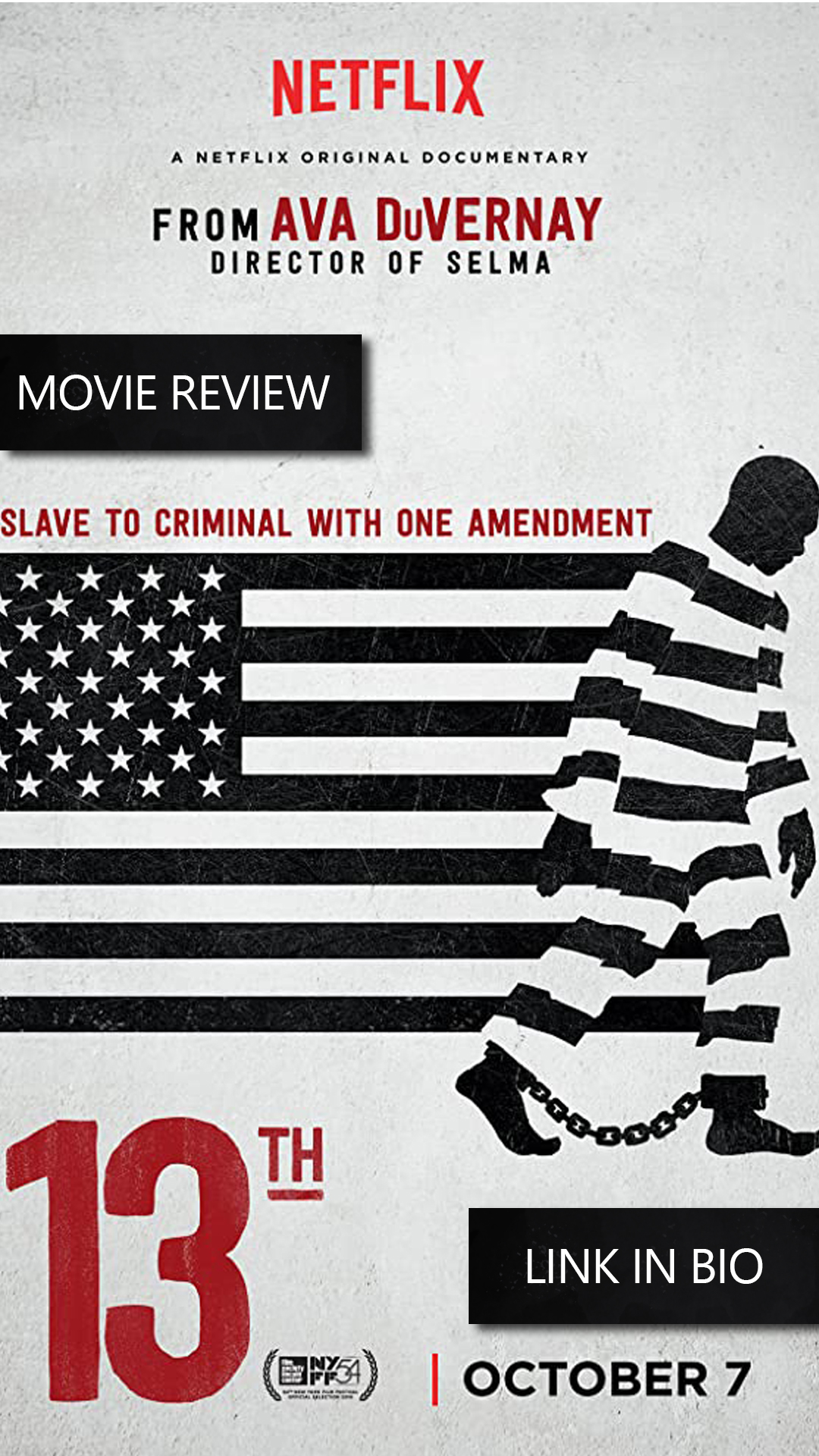 « The Miseducation Of Cameron Post
#Unfit: The Psychology Of Donald Trump »
Katy Whitton https://www.facebook.com/WhatKatyReviewedNext/
2020-12-08GMT+010013:00:22224What Katy RevIewed Next
The 13th Amendment was meant to abolish slavery, instead using a clever little work-around slavery is alive and well in the United States and is flourishing in its ever-growing prison... 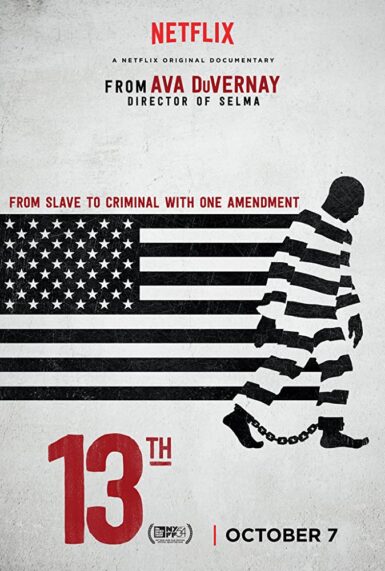 Overview: The 13th Amendment was meant to abolish slavery, instead using a clever little work-around slavery is alive and well in the United States and is flourishing in its ever-growing prison system.

13th is a documentary centring around the passing of the 13th Amendment to the American Constitution in 1865 which states:

Section 1. Neither slavery nor involuntary servitude, except as a punishment for crime whereof the party shall have been duly convicted, shall exist within the United States, or any place subject to their jurisdiction.

Section 2. Congress shall have power to enforce this article by appropriate legislation.

“Great!” you might be thinking, “Slavery has been abolished and all is right with the world.” Unfortunately, when it comes to the USA, that’s not strictly true – read the line “except as a punishment for crime whereof the party shall have been duly convicted” again and think about the implications of that. That short phrase is at the heart of this shocking and eye-opening documentary.

13th features a panel of experts who represent a balanced view of the American judicial system and provides a well-rounded history and backstory to the discussions on the inequality in America’s policing and prison system.

The documentary highlights some frightening statistics:

If those statistics are alarming to you, wait until you hear the reasoning behind it.

After the “Emancipation Proclamation” was passed, plantation owners and people who had used slave labour were now struggling to provide any income as they had lost all of their “workers” and that’s where the 13th Amendment’s clever little caveat comes into play: if you’re convicted of a crime you can be made to do forced labour.

States became incentivised to incarcerate people so they could hire them out to plantation owners for a profit and usually private profit rather than going into the State’s coffers. 13th then takes a look at the social impact of films such as “The Birth Of A Nation” which gave rise to the KKK, and the “Jim Crow laws” which segregated the Southern States and caused many Black American’s to be thrown in jail for minor “offences” like using the wrong water fountain.

In the United States there is a massive intertwining of Government and private-sector businesses that essentially use prisoners as slave labour to manufacture products cheaply.

And we find ourselves 155 years later with Black and minority groups still being targeted by law enforcement and incarcerated for the most minor crimes because they are needed to fulfil the $2 billion (and growing) business of prison labour.

These modern day slaves – and they are slaves as they cannot refuse to work – earn between $0.12 and $0.40 per hour. Now, I don’t know about you but I don’t find that particularly ethical.

The documentary makers go into the ethics of this system and its problems in detail and while they have a couple of lobbyists pop up to balance out the argument there’s no way that their poor excuses could change anyone’s mind about the inequality of the system.

In the wake of the Black Lives Matter movement, it’s easy to see why this section of the American population feels so disenfranchised, harassed and hounded by their own country – it’s set up to be that way and has been since the 1700’s, it has no other way of functioning until the system is radically altered.

I urge you to watch 13th even if you’re not an American Citizen. Being English I thought “Nothing like that could happen here” and went on a little fact-finding mission. You know what? We use prison labour in the UK too! Unlike the US it is voluntary but it’s the kind of voluntary that if you don’t do it you’ll get punished in some way. The rates of pay aren’t much better either with prisoners earning between £4 and £25 per week.

If you want to do something about it, consider boycotting companies that use Prison Labour altogether (there’s a list of USA companies here, it’s a bit difficult to find information out about UK companies as they operate under the guise of vocational training programs but some names are mentioned in this article).

If you’re not sure about a company and they have no information on their website (they should be letting customers and investors know from an ethical point of view) contact them.

I will admit this documentary isn’t for everyone as the subject matter is a little dry, although the “talking heads” do keep you interested and the facts are shocking enough to keep your attention peaked.

Watch this if you want to understand why Black people in America are so angry at the justice system and how unfair it really is.

You can watch the full movie for free on Netflix or YouTube so you have no excuse not to check it out.