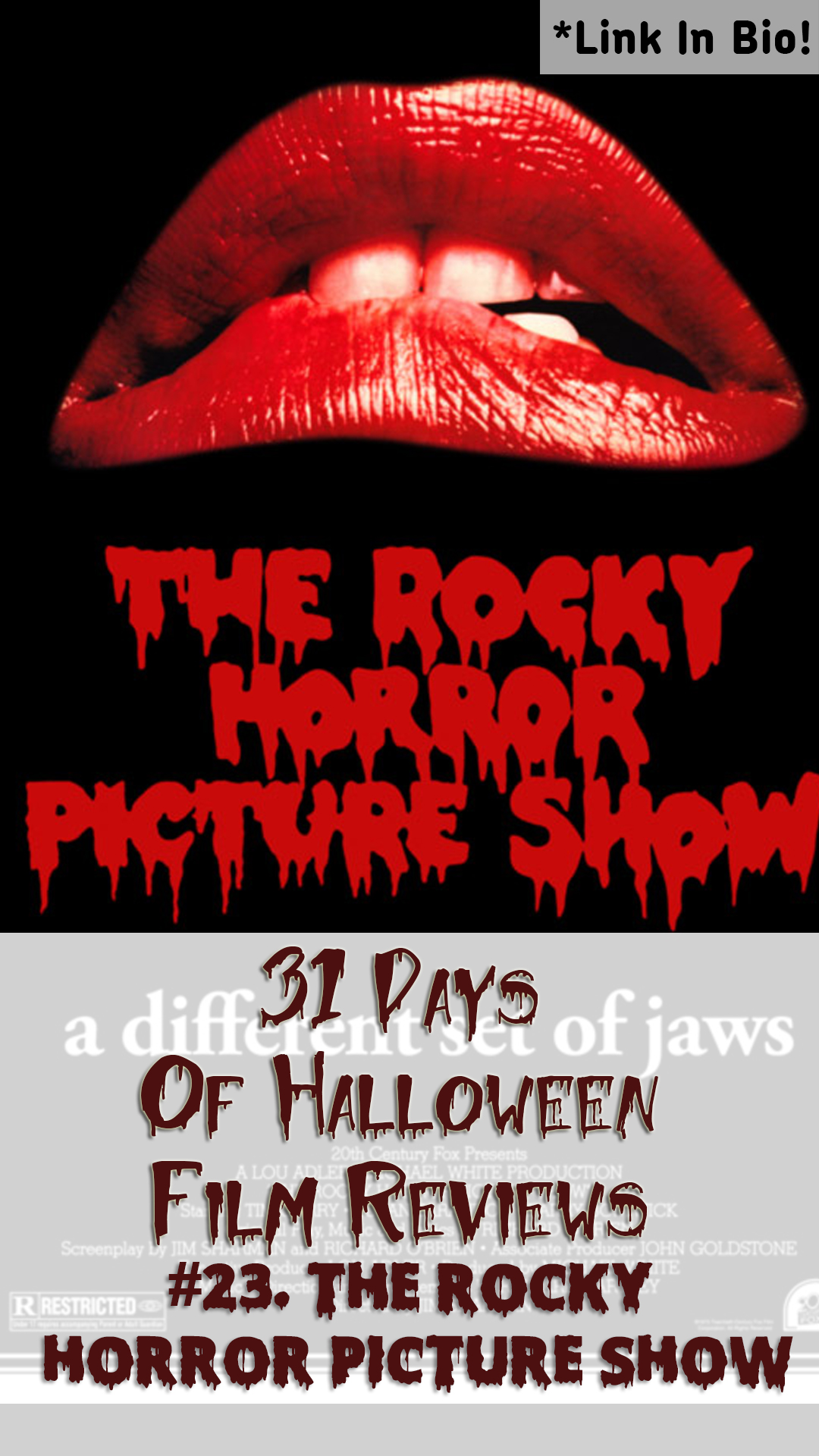 « Zombieland: Double Tap
E.T The Extra-Terrestrial »
Katy Whitton https://www.facebook.com/WhatKatyReviewedNext/
2019-23-10GMT+010010:00:16295What Katy RevIewed Next
This review is part of the 31 Films For Halloween Series Strap yourselves in folks, you’re in for a wild ride! I’m not sure how best to classify Richard O’Brien’s “Rocky... 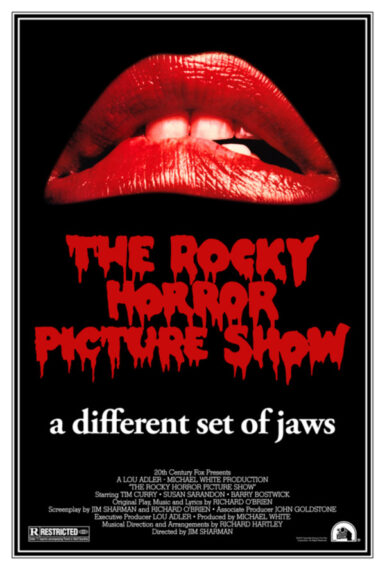 Overview: This review is part of the 31 Films For Halloween Series Strap yourselves in folks, you’re in for a wild ride! I’m not sure how best to classify Richard O’Brien’s “Rocky Horror Picture Show”. It’s a cult-classic musical with a sci-fi edge and a romantic twist. The problem is, if you haven’t seen the film […]

Strap yourselves in folks, you’re in for a wild ride!

I’m not sure how best to classify Richard O’Brien’s “Rocky Horror Picture Show”. It’s a cult-classic musical with a sci-fi edge and a romantic twist.

The problem is, if you haven’t seen the film and read a review, the review will make absolutely no sense and might even put you off seeing what is probably one of the most interesting films ever made. Sure, it’s not a highbrow piece of art but the sheer madness and strangeness of the events make this a wonderful piece of filmmaking from start to finish.

The film started as a stage play which proved so popular with audiences (it ran for 7 years in various small venues around London) they just had to make film out of it. Usually when a film makes the transition from stage to screen, something can get lost in the translation but with Rocky Horror the mad-cap fun just seemed to be suited for the silver screen.

The film opens with Brad and Janet on their way through Ohio to see old college professor Dr Scott. The couple’s car breaks down so they make their way to a spooky looking mansion (when will these people never learn?!) so seek cover from the storm and to arrange a tow truck for their car.

The problem is, this is no ordinary house and it’s not filled with ordinary residents.

When the couple arrive, they stumble upon a convention being run by Dr. Frank N Furter, he’s a sweet transvestite who says he’s from “Transsexual” Transylvania but is actually from outer space. He’s brought a variety of people to the house to view his new creation – the perfect man (the “Rocky” of the title) which he has grown in his lab.

The problem is that Rocky is a bit dumb. This is partly because Dr. Frank N Furter used a bit of the brain from his ex-lover – a biker named Eddie (played with great humour by Meatloaf) who’s a bit of a dolt. Instead of getting rid of Eddie the Doctor put him in a freezer to cool down but he’s able to escape and wreak havoc with his motorbike and get people singing and dancing.

Dr. Frank N Furter is also a bit of a sex addict. He created Rocky to be his perfect companion but can’t seem to keep his hands off of Brad and Janet and ends up seducing the naive couple (separately). Janet who is now a sexually awakened being lusts after the sexy Rocky much to Frank N Furter’s annoyance.

The rest of the film is Janet, Brad and a kidnapped Dr. Scott trying to escape from Dr. Frank N Furter, his man-servant Riff-Raff and maids Columbia and Magenta.

I can’t really describe in detail what goes on in the film as it’s that mad if I put it down in writing you wouldn’t believe it – plus I don’t want to ruin the surprise for you. There’s romance, music, drama, murder – there’s pretty much everything you could think of and more.

It’s a riot of a film but I will say if you haven’t seen it before you will need to watch it two or three times to really “get” what it’s all about – there are a lot of “blink and you miss it” moments plus some things that don’t seem funny on the first pass but once you get the story are hilarious. And you might think that you’ve never even been exposed to the cultural references the film has generated but I guarantee you’ve been to a party where you’ve done the time warp.

It’s easy to dismiss this film as a silly schlocky parody but if you watch carefully it’s actually the tale of a very lonely man (Furter) who feels that the only way he can connect with anyone in the universe is to manufacture himself a companion (Rocky) and when the bond between man and creature is broken, the man himself is broken too.

Wow! That’s deep considering this is a film where most of the cast spend the entire run time in their underwear – but that’s what I mean, this film is like an onion: there are many levels and the more you peel back, the more you see (and cry).

This film isn’t for younger kids due to the sexual content but for teenagers and adults it’s a rollercoaster ride of a film that will have you singing and dancing away one minute and shedding a bucket load of tears the next.

Watch this if you’re a fan of musical theatre or enjoy a good fake leather garment.

Bonus video: One of my favourite little scenes from the film. It doesn’t give the plot away but certainly lays out the tone!