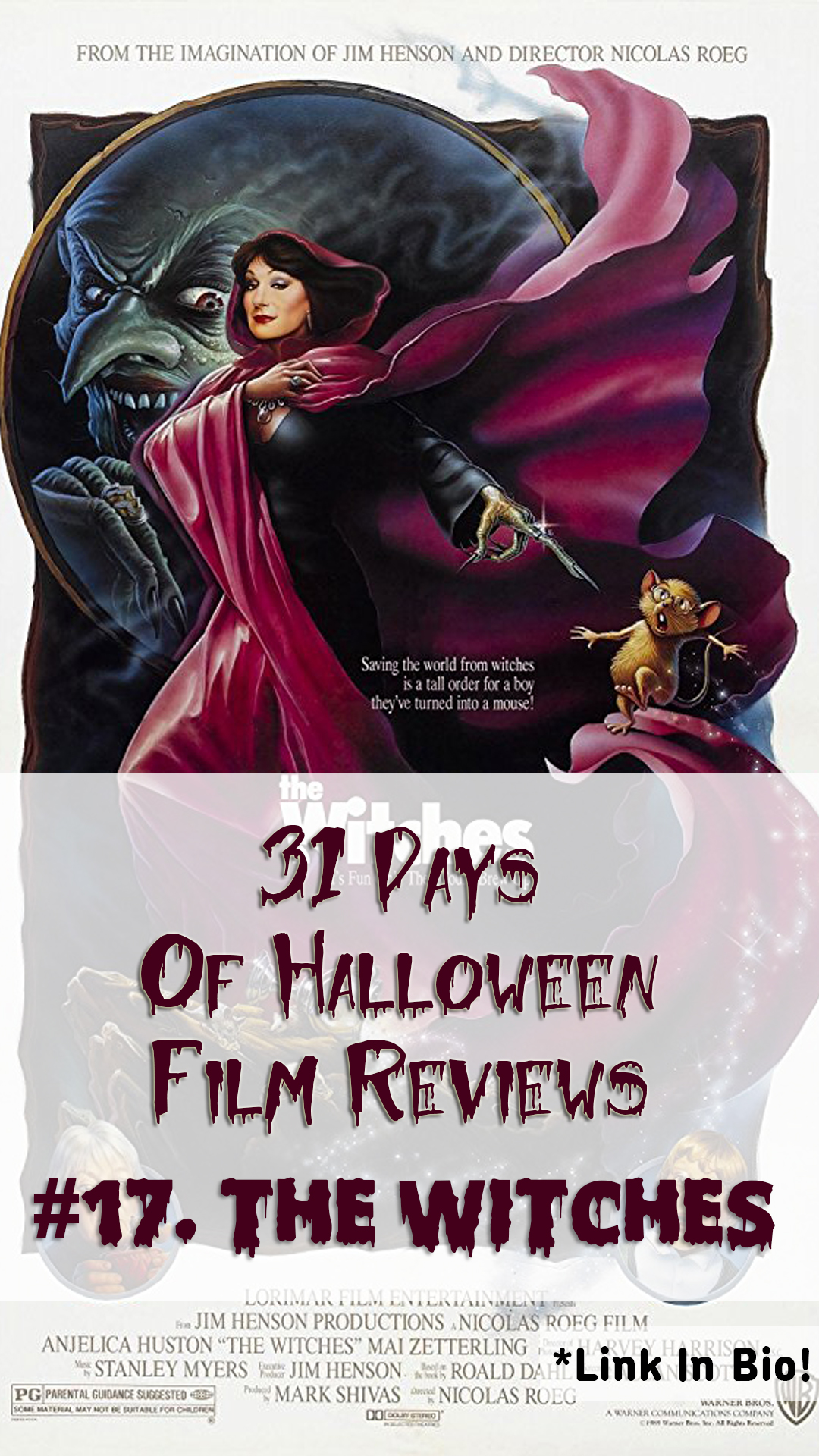 « Joker
The Craft »
Katy Whitton https://www.facebook.com/WhatKatyReviewedNext/
2019-17-10GMT+01003:55:56289What Katy RevIewed Next
This review is part of the 31 Films For Halloween Series The Witches is a 1990s film based on the Roald Dahl book of the same name. The story opens with a Grandmother telling her Grandson all about... 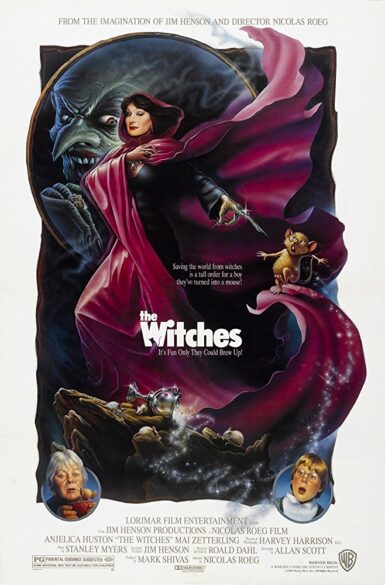 Overview: This review is part of the 31 Films For Halloween Series The Witches is a 1990s film based on the Roald Dahl book of the same name. The story opens with a Grandmother telling her Grandson all about the evil witches that lurk around every corner. The reason why you don’t notice them is that […]

The Witches is a 1990s film based on the Roald Dahl book of the same name. The story opens with a Grandmother telling her Grandson all about the evil witches that lurk around every corner. The reason why you don’t notice them is that they’re ordinary – they look ordinary, they have ordinary lives and they have ordinary jobs – you might be looking at a kindly woman or a witch, you can never be sure.

Of course, there are some ways to spot a witch otherwise our hero, Luke, wouldn’t know he was dealing with them. They wear wigs and as a result have itchy scalps, they have claw-like hands that they cover with gloves, their eyes glow purple (bit of a giveaway I think), they have square feet and they can’t stand the smell of children (they stink of dog poop apparently). Why should kids be worried about witches? They want to kill all of the children, I guess they still have a big chip on their shoulder from the days of Hansel and Gretel.

Luke and his Grandmother move to England after the death of his parents. Granny’s originally from Norway and Luke for some reason has an annoying American accent but she seems to be able to ignore that (even if I couldn’t) and they settle down to an idylic life in the country.

One day, Luke’s playing in his treehouse when a woman stops and comments on how good it is. Luke chats with her for a bit (what? No Stranger Danger?) and only realises something might be up with her when she pulls a snake out of her handbag as you do. Luke realises she is a witch and the woman’s finally scared off when Granny comes out to see what the commotion is.

After a bit of a health scare the pair head to the seaside so that Granny can recuperate – who knew that the sea air was a cure for diabetes! At the hotel Luke meets Bruno, your typical fat chunk of a kid that used to be made fun of in the 1980s and 1990s but you can’t do that now as it’s fat shaming. Bruno’s pretty much shoving food into his face in every scene and is purely in the film (and book) for a bit of comedic relief. Why do we need a bit of comedy? The shit’s going to hit the fan soon and it won’t be nice.

I loved reading the book as a kid, Roald Dahl has a wonderful way with words and paints a vivid picture of a world full of witches. The thing is, reading something and using your own imagination to visualise what’s going on is one thing, seeing it on the screen is something completely different.

I’d forgotten how dark the storyline is. The hotel that Luke and his Granny are at is the setting for the UK Witches association to meet up (under the guise of being a children’s charity, the irony!) The head witch, played by Angelica Huston with the best German accent ever, has come up with a secret formula which will turn anyone who drinks it into mice. The plan is for all of the witches to buy sweet shops and put the formula in chocolate so that they can get rid of every child in England at once.

To demonstrate the formula, it’s been given to Bruno and, in quite a horrible transformation sequence, he turns into a fat mouse (more fat shaming). Luke’s hiding behind a screen, hears the witches plan and runs off. A chase ensues that involves the witches trying to shove a baby off a cliff (WTF?) but Luke’s captured and also turned into a mouse.

The rest of the film is Luke in mouse-form trying to stop the witches with the type of slapstick action you’d expect from a film with a mouse as a lead character (he ends up in someone’s pants at one point).

There are appearances from Jane Horrocks, Rowan Atkinson (a toned down Mr Bean) and Bill Patterson. Interestingly, the two child leads didn’t really do anything else after this film – Charlie Potter (Bruno) only appeared in this film and Jasen Fisher (Luke) only had a small part in Hook after this.

While the film is only a PG, it does have some rather upsetting scenes: a witch is burned, Bruno’s transformation scene is pretty scary and Angelica Huston’s make-up is also quite frightening so I wouldn’t recommend this for smaller kids.

Watch this film if you’re a fan of mice or people with Norwegian accents and plaits.