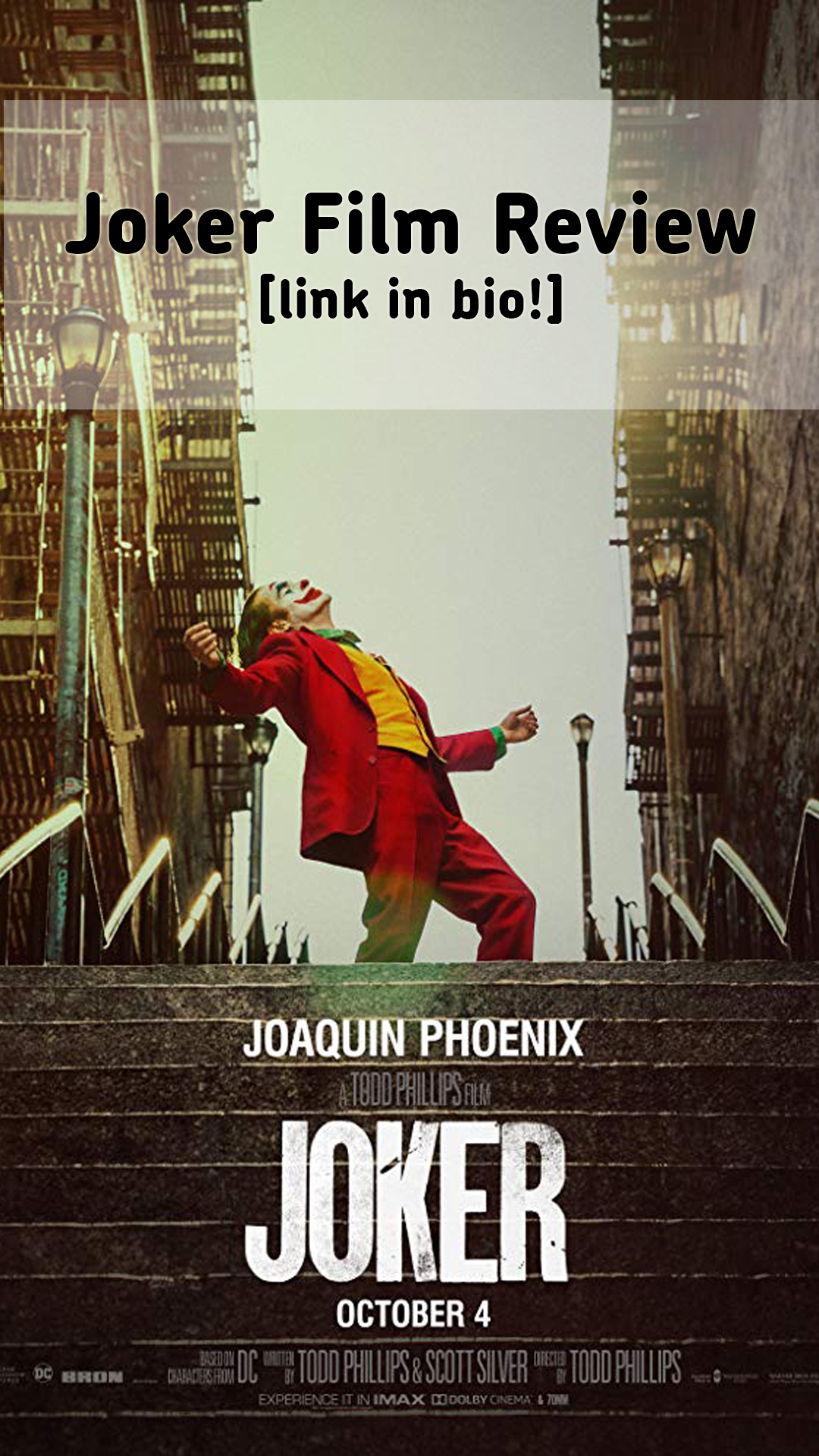 « Practical Magic
The Witches »
Katy Whitton https://www.facebook.com/WhatKatyReviewedNext/
2019-16-10GMT+010021:00:56288What Katy RevIewed Next
Joker takes a look at the origins of Batman's most famous foe in a gritty film from director/writer Todd Phillips. It's certainly not your usual superhero film and has none of the gloss and glamour... 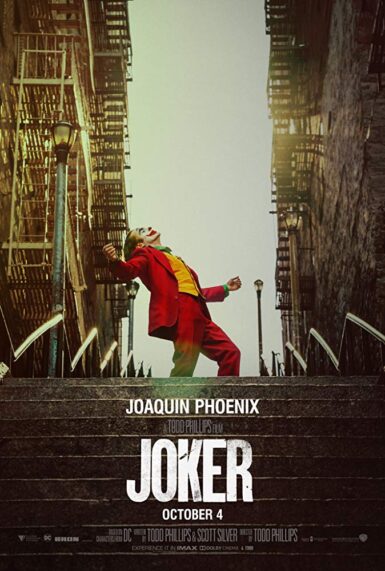 Overview: Joker takes a look at the origins of Batman's most famous foe in a gritty film from director/writer Todd Phillips. It's certainly not your usual superhero film and has none of the gloss and glamour of Avengers or Aquaman. It charts the descent of a man into madness and the effect it has on him and the city around hm.

We’re taking a brief break from our 31 Days of Halloween Films to take a look at Joker starring Joaquin Phoenix as the titular clown.

Set in the late 1970s or early 1980s (a year isn’t explicitly mentioned but the clothing and look and feel of Gotham indicate it’s somewhere in this time frame) the film opens to a newscaster announcing that garbage strikes are ongoing and that civil unrest amongst the population is growing.

We’re introduced to Arthur Fleck, a street clown who is obviously down on his luck and cuts a rather sad figure – he’s beaten up by a bunch of kids in the first 15 minutes of the film which indicates how pathetic he is.

We know there’s something “not quite right” about Arthur as, after manically laughing for a good few minutes (he has a condition), he asks his social worker to have his doctor up his medication. It’s this “condition” that’s caused some controversy amongst reviewers and audiences: it’s obvious that Arthur is mentally ill and is let down by the system when funding is cut and he loses access to his support system and medication. Many have questioned the representation of Arthur as mentally unstable as being “dangerous” and “damaging” and I can certainly see their point – we don’t really see Arthur as a sympathetic character and he uses his mental illness as an excuse for his actions.

As the film progresses, both Arthur and Gotham both begin to spiral out of control with Arthur becoming increasingly unhinged and the City becoming more and more lawless. After being attacked on a train Arthur finally snaps and kills his attackers while dressed in his clown makeup, an action that resonates with the city’s inhabitants and begins an “anti-rich, anti-establishment” movement with people roaming the streets wearing clown masks in solidarity with the killer clown.

Arthur’s relationship with his mother is quite an odd one. While we’re not aware of his age (I’d guess mid-thirties), he still lives at home with his mother (and even bathes her at one point which was rather uncomfortable to watch) and is very much controlled by her. It’s this relationship which is the driving force behind his final breakdown and change from Arthur into the Joker character.

Robert De Niro makes an appearance as a stereotypical talk show host who shows a clip of Arthur embarrassing himself during a stand-up routine which further distances Arthur from society and sets him on a path to death and destruction.

I don’t want to give one of the major twists in the story away but I do have to question the validity of Arthur’s narrative. His descent into mania means that he’s an unreliable narrator. Like Patrick Bateman in American Psycho, the story we see depicted on screen is what Arthur wants (or allows) us to see and we need to question whether he’s actually telling us the truth or if what we’re seeing is his ideal version of events.

This lack of clarity does present a bit of a problem – did what I watch actually happen or is it the imaginings of a madman? In a way the film is trying to be too clever for its own good, but in another way it’s also a further expression of Fleck’s unhinged state.

I didn’t recognise the director’s name (Todd Phillips) so when I discovered that he is the director of Starsky & Hutch and the three Hangover movies I was surprised as they’re not the most arty highbrow films. Joker is wonderfully shot, tight framing on Phoenix’s face makes for unsettling viewing, the composition of the shots evokes memories of Taxi Driver and The French Connection and the lighting conveys the emotional undercurrents of the characters. The one thing I did find a but jarring was the score – the heavy cello music just didn’t do it for me and I found myself concentrating of the music rather than the scene at some points.

This isn’t a typical “Superhero” (or should that be “Supervillain”?) origin story. It’s dark, gritty and feels like its happening in the real world, not some comic book creation and while we are introduced to a young Bruce Wayne this film is far removed from the current DC Superhero universe.

If you suffer from a fear of clowns (Coulrophobia if you want to get fancy) then stay away from this film as in the final third pretty much everyone is in a clown mask, it’s also probably important to note that Joker is a lot scarier that this year’s other clown Pennywise (in a rather disappointing It Chapter 2) – a scene in Arthur’s appartment made me physically flinch from the violence.

Overall, Joker is a good film but it’s not great. Phoenix puts in a solid performance as Fleck and will probably get an Oscar nod for his work but the uncomfortable subject matter and the way it’s handled knock a point off for me.

Watch this film is you’re in the mood to be disturbed and don’t mind being left with some questions.

Let us know your thoughts on "Joker"