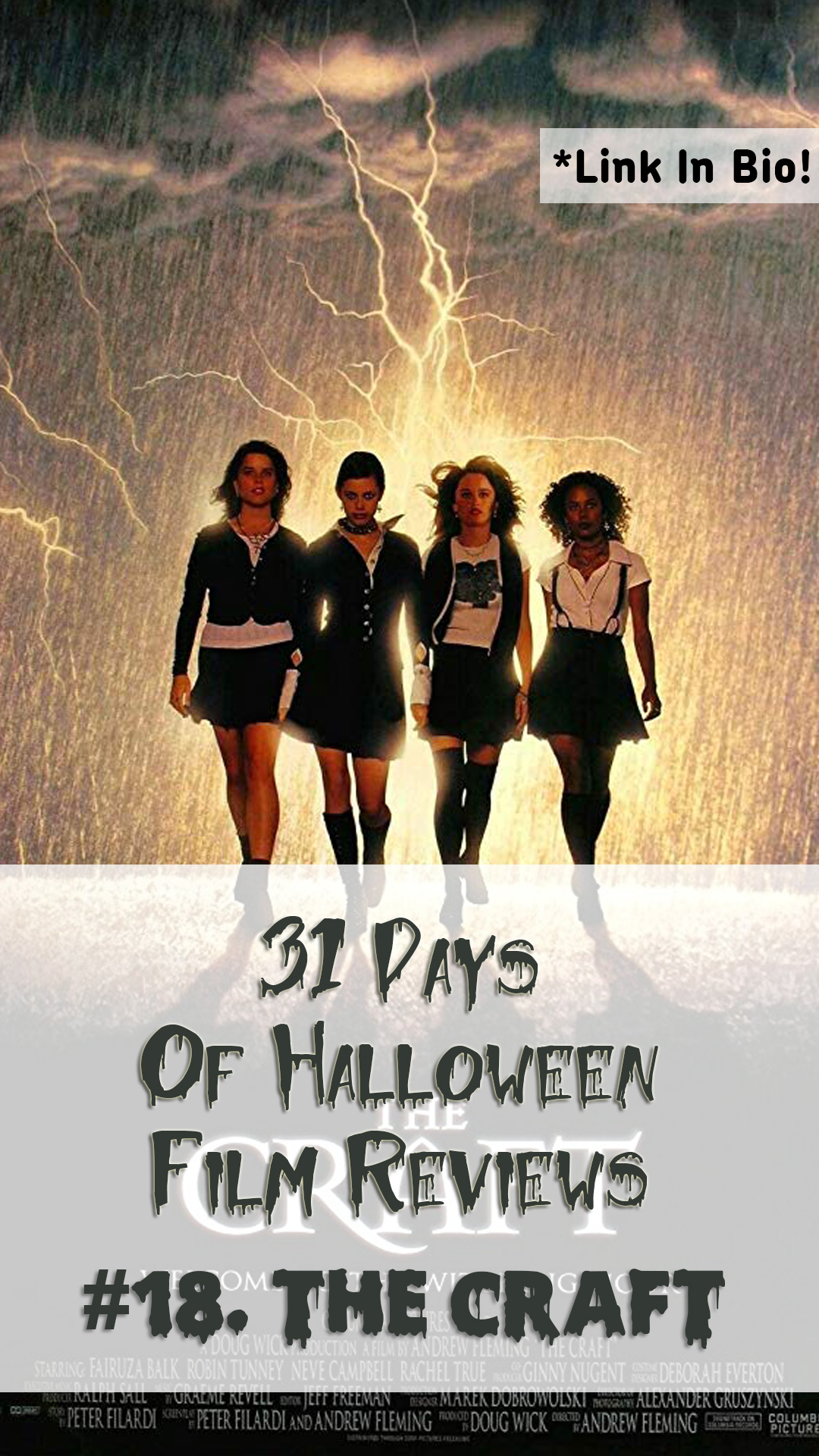 « The Witches
ParaNorman »
Katy Whitton https://www.facebook.com/WhatKatyReviewedNext/
2019-18-10GMT+010010:00:41290What Katy RevIewed Next
This review is part of the 31 Films For Halloween Series The Craft isn’t your run-of-the-mill High School drama, in fact when it came out in 1996 was quite a bit different from the teen films... 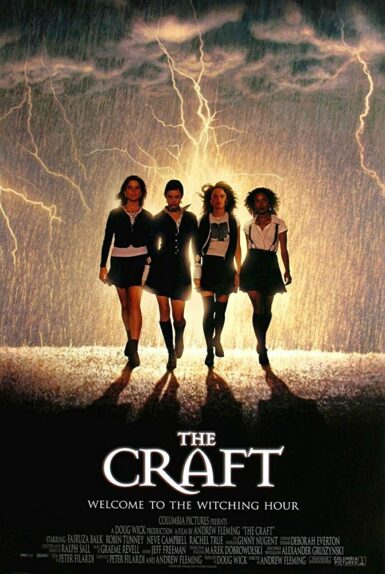 Overview: This review is part of the 31 Films For Halloween Series The Craft isn’t your run-of-the-mill High School drama, in fact when it came out in 1996 was quite a bit different from the teen films that had come before it. Just a year before, Cher et al had graced our screens in a genre-defining […]

The Craft isn’t your run-of-the-mill High School drama, in fact when it came out in 1996 was quite a bit different from the teen films that had come before it. Just a year before, Cher et al had graced our screens in a genre-defining “Clueless” and then The Craft came along, threw out everything Clueless did, and pretty much does the opposite. As a result the film did slow but steady box office (the “R” rating it got for its witchcraft content won’t have helped either) but since its subsequent releases on VHS, DVD and now Blu-Ray it’s become somewhat of a cult classic and it’s the 11th highest grossing film about witches.

Sarah (Robin Tunney) has moved to LA and has just started High School, she draws the attention of Trashy Slut Nancy (Fairuza Balk), shy Bonnie (A just pre-Scream Neve Campbell) and sporty Rochelle (Rachel True). The three girls are practicing witches, although they don’t really get anywhere as Bonnie’s certain they need a fourth member to “call the corners with’. In French class, Bonnie sees Sarah stand a pencil on it’s tip and grind it into her desk and she’s now convinced Sarah is their fourth missing member.

Sarah gets to know the girls and they begin to practice witchcraft starting with small things like levitation, moving on to glamours and then finally helping Bonnie heal her scars, making a racist bully bald, casting a love spell over a guy who lied about sleeping with Sarah and getting Nancy out of the trailer park.

The problem is, whatever you put out into the universe comes back threefold and the girls skip this part of the instruction manual. While this warning is given in an ominous tone by a local magic shop owner, it’s completely ignored by the plot of the movie. They could have had a lot of fun with the repercussions of their actions ( I mean, okay, a couple of people die but that doesn’t affect the girls in any real way).

Speaking of plot, it’s very thin on the ground. Sarah ignores Nancy’s warnings about getting involved with ex-lover Chris (A slimy Skeet Ulrich), the love spell she casts backfires and Nancy gets all jealous over Chris’ feelings for Sarah and goes bit crazy and that’s basically the plot of the film.

There’s a great fight scene towards the end of the film which is comprised of both practical and CGI effects. Now, you have to remember that CGI was in it’s infancy at this point so the effects aren’t going to be stellar (especially as the film only had a budget of $15 million) but I remember watching this film at the cinema and being blown away by the effects at the time.

One thing The Craft did was pave the way for other female-lead supernatural shows. Without this film there’d be no Charmed (they even used the song “How Soon Is Now?” by Morrissey as it’s title theme which featured in The Craft) and Buffy The Vampire Slayer may not have moved from the movie to small screen.

The Craft kind of skirts around the edges of what it wants to be: a much darker film dealing with suicide, loss of a parent, trying to find your place in society and giving yourself over to the “dark side”. Instead it sort of hits the middle ground which would have worked if it had received its PG-13 rating in the US but fails as it was given an R. That being said, it’s still a fun watch, just don’t expect to have any real feelings towards the characters or what they’re going through as, to be frankly honest, you won’t care and just will just want to skip to the witchy bits.

There are talks about a remake – they’ve been going for years but >appear to be progressing now and when I heard that they were doing yet another reboot I was a bit annoyed as the original film has a special place in my heart. That being said, with the advances in CGI and a shift in attitudes that allow darker content on screen I’d be really interested to see what they come up with.

Oh, and here’s a fun fact for you: If you’re wondering why Robin Tunney’s hair looks a little “off” in this film, which I did and it’s bothered me for years, it’s because she saved her head for the role of Debra in Empire Records and is wearing a wig throughout this film (told you I did research).

Watch this film if you ever played “Light As A Feather, Stiff As A Board” and got freaked out by it.