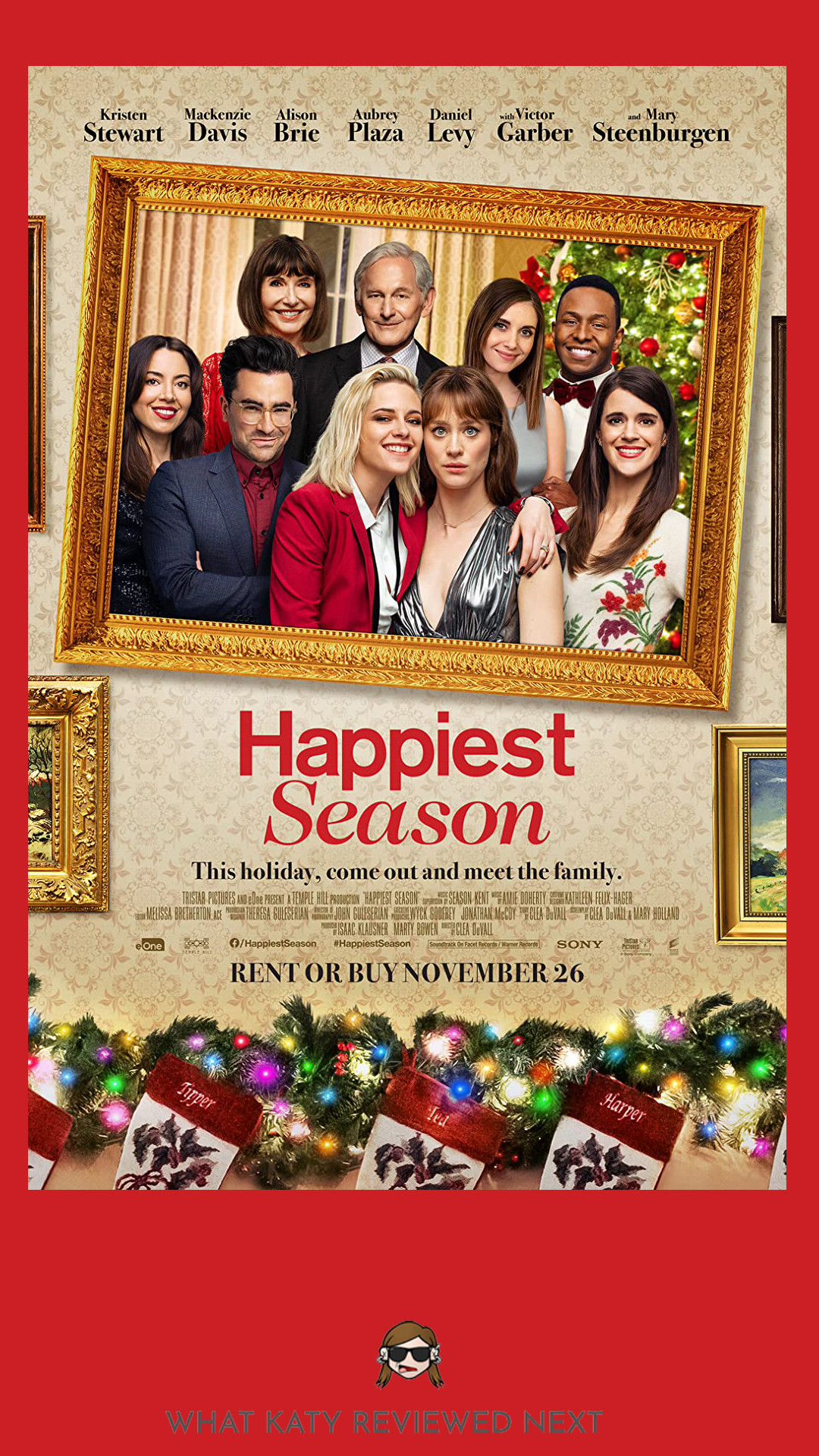 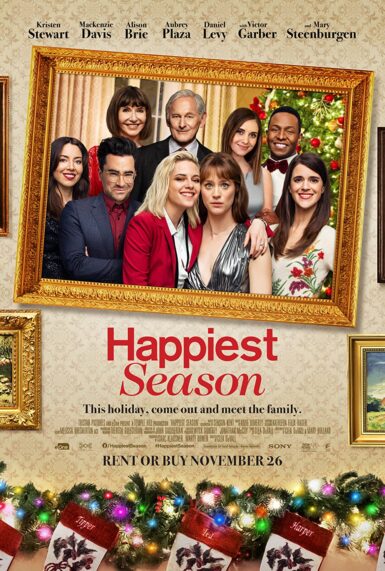 Overview: Harper takes her girlfriend Abby home for the holidays. The problem? They don't know Harper is gay.

Happiest Season is a romantic comedy set around the relationship between Abby (Kristen Stewart) and Harper (Mackenzie Davis), and Harper’s relationship with her family.

Harper suggests that she and Abby spend Christmas at her parent’s house, the problem? Harper is still firmly in the closet and her parents have no idea about her relationship with Abby. Harper only tells Abby this once they are almost at her house so Abby has no choice but to reluctantly agree to pretend to be Harper’s straight room mate.

I’d like to say that “comedy then ensues” but, unfortunately, it doesn’t.

Instead what happens is a storyline that lacks any warmth or heart, leaving you not giving two figgy puddings about any of the characters involved, least of all Harper.

Harper’s family are your stereotypical small-town, all American “keeping up with the Joneses” type of people. There’s the Mum, Tipper (Mary Mary Steenburgen) who is all about that picture perfect life. Dad, Ted (Victor Garber), a straight-laced want-to-be politician. The “perfect” sister, Sloane (Alison Brie) who has it all. And the “quirky” Jane (co-writer Mary Holland) who everyone just puts up with. We also have Abby’s overly stereotypical gay B.F.F John (Dan Levy).

Notice a pattern? Yup. The whole movie is based on one stereotype after another and as a result nothing feels authentic or original.

On returning home, Harper starts to fall back into her old “straight” ways and ignores Abby preferring to hang around with her old high school friends and ex-boyfriend. Abby’s understandably upset and strikes up a friendship with Riley (a hugely underutilised Aubrey Plaza).

The rest of the film is centred around Harper accepting who she is and explaining it to her family and blah, blah, blah.

Plaza’s character of Riley was so well-formed in the criminally short time that she was on screen that I felt I knew her 100 times more than Harper and as a result was really invested in the relationship between her and Abby, whereas I just spent around 70 minutes of the film wanting to punch Harper in the face.

And just as the film fails on the romance front, it fails on the comedy front too. There are so many missed opportunities for knowing gay jokes and even slapstick humour but this film falls back on tired tropes such as over-zealous mall cops and Abby hiding in a closet (see what they did there?)

Now, I’m not saying that Happiest Season is a bad film per se, the premise is okay but it’s just poorly executed. It’s like Clea DuVall (co-writer and director) took all of the generic elements of a Hallmark movie and just added 3 queer characters without trying to make something unique or even something that would truly speak to a gay audience. And while Happiest Season is billed as a Christmas movie, it could really take place at any time of the year – the only reason we know it’s Christmas is because there’s a Christmas tree in the corner.

I don’t know if I went into this film with my expectations set too high – after all it’s been advertised as the first ever queer Christmas film (even though I’m pretty sure it’s not) – but this film is lazy, derivative and lacking in warmth or Christmas spirit and I really didn’t care what the outcome was (partly because it’s so obvious you know what’s going to happen).

With all that being said, I do hope that Happiest Season is popular if only for the fact that it will pave the way for more queer-led content in the future, although hopefully it will be better executed than this.

You can watch Happiest Season on Hulu in the USA and rent on Amazon Video in the U.K.

Watch this film if you fancy watching a Hallmark movie with a gay twist.

Let us know your thoughts on "Happiest Season"