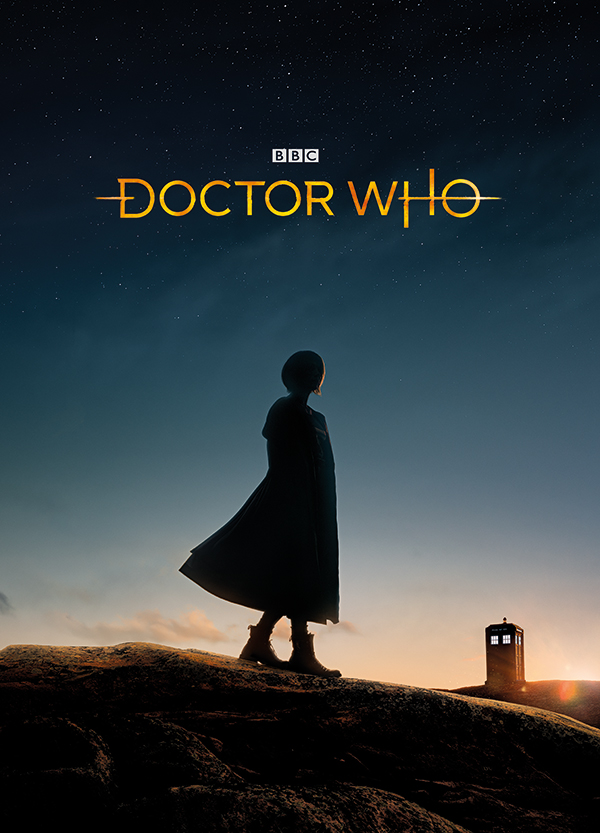 The Haunting Of Hill House »
Katy Whitton https://www.facebook.com/WhatKatyReviewedNext/
2018-08-10GMT+01005:28:27280What Katy RevIewed Next
A mysterious woman appears, crashing through the roof of a train carriage just as its occupants are being attacked by a tentacled creature. Who is this woman? What do the aliens want? And who will...

The Woman Who Fell To Earth – Dr Who TV Show Review 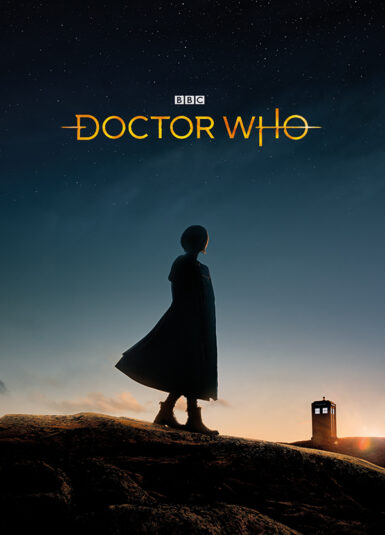 Overview: A mysterious woman appears, crashing through the roof of a train carriage just as its occupants are being attacked by a tentacled creature. Who is this woman? What do the aliens want? And who will survive?

The Woman Who Fell To Earth is the first episode of the 11th series (well, 37th if you want to be pedantic) of Dr Who.

It’s notable for a couple of reasons: The Doctor is now a woman (gasp!) and most of the original production cast have left and the the show is now being produced by Chris Chibnall who cut his Dr Who universe teeth on the excellent Torchwood.

The story opens on an idyllic scene in the Peak District with Ryan trying to learn to ride a bike. So far so ordinary except Ryan is pretty much a grown man in serious need of training wheels thanks to his poor hand-eye co-ordination due to dyspraxia. In frustration Ryan launches the bike off the side of a hill and on going to find it comes across some strange glowing lights. Ryan of course touches the lights and causes what could only be described as an enormous papier mache gourd to appear. Ryan calls the police and a former schoolmate Yas arrives who thinks that Ryan is pulling her leg in an elaborate hoax.

Meanwhile Ryan’s Nan, Grace, and (not) Grandad, Graham, are heading home on a train when it suddenly comes to a halt. The power goes out and a strange tentacled creature starts moving along the train towards the helpless passengers. Unable to get off the train Grace is able to call Ryan before getting cut off and just as the tentacled beast is about to strike it’s disturbed by a body falling through the roof of the train carriage. Apparently unharmed from the fall The Doctor pops up and is able to ward off the creature and then admonish a recently arrived Ryan and Yas for not being much help.

Side note: If Ryan’s Nan has you doing the “Where have I seen her before?” dance then she was in over 100 episodes of Holby City!

This kicks off a meeting of (presumably) the new companions and The Doctor (who can’t remember she is called The Doctor at this stage) and what is surprising is how much the companions have to do in this episode. Usually The Doctor keeps the companions in the dark, revealing only what is necessary but this Doctor has them involved in every aspect of her plan – apart from the building of her new sonic screwdriver.

And before I go on, can we just discuss the new screwdriver please? Am I the only one who thinks it’s a bit phallic looking? 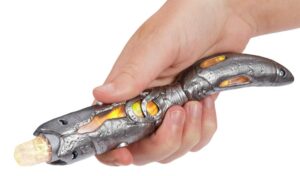 Maybe I’m just looking at it differently because The Doctor is a woman, but when you consider the way that previous Doctor’s tools looked, they weren’t so… veiny and bulbous, they were more efficient and tool like!

I won’t go into the whole plot here as I don’t want to ruin it for you – you need to view it with an open mind but I will highlight a couple of points.

The way that the first episode is shot is very filmic and almost epic looking in a way – the first 5 minutes in the Peak District was almost like an advert for the National Park. There’s also more light – even in the darker scenes. I’m not sure if this a bit of clever mise-en-scène to highlight The Doctor’s lighter attitude when compared to Capaldi’s Doctor or if it’s just a stylistic choice by the director, we’ll have to see more episodes to see if it’s a theme.

The creature effects were also suitably sinister. Tim Shaw’s  (not really his name but that’s what The Doctor called him – I thought he said Dim Sum!) facial makeup would be the stuff of nightmares for a smaller child – easily reminiscent of the scares from the Cybermen and Daleks that had me hiding behind the sofa almost 40 years ago.

One of the big complaints from previous series was that the continuing story lines made it difficult to keep up if you missed an episode and also took away from some of the essence of the old Doctor Who. In this series we’ve been promised less serialisation and no recurring Aliens so it will be interesting to see what they come up with each week.

There was a lot of moaning online that they had made The Doctor a woman and this first episode went a long way to put people’s fears to rest. The first couple of episodes after a regeneration are always a bit hit-and-miss as The Doctor is still finding his (or her) feet and so you can’t get a true sense of what an actor is going to bring to the role. Whittaker has a sparkle in her eye and a sense of the incredulity and absurdity of it all that is quite refreshing and I hope it doesn’t diminish once The Doctor’s personality asserts itself.

The other main difference is that this is one of the first episodes of Doctor Who set outside of London. Most previous companions have come from our Nation’s capital so it’s a nice change to see another area of the country represented (Sheffield) and the addition of an Asian companion (and a female one with authority at that) in Yas’ character is great and I look forward to see what they do with her – and I do hope she’s not there to serve the screaming helpless female trope.

An interesting addition to the cast is Bradley Walsh. I’ve stayed away from all the previews and cast news so I could go into this new series fresh and without prejudice. A lot of people will think of Walsh as the irreverent compare of The Chase but he’s much more than a game show host having starred in Coronation Street and Law And Order: UK –  alongside former companion Freema Agyeman so I’m sure he was able to get loads of tips and inside knowledge!

Overall, the show is pretty slick but the introduction of the characters does feel a little rushed – we usually only have to deal with the Doctor and a single companion and here we have four (ish). The story is a pretty solid Doctor Who episode that ticks all of the boxes and bodes well for forthcoming episodes.

Need reminding of how we got our first female Doctor and how the T.A.R.D.I.S was lost?

And get your own (non-phallic) sonic screwdriver from Amazon or The Doctor Who Site!