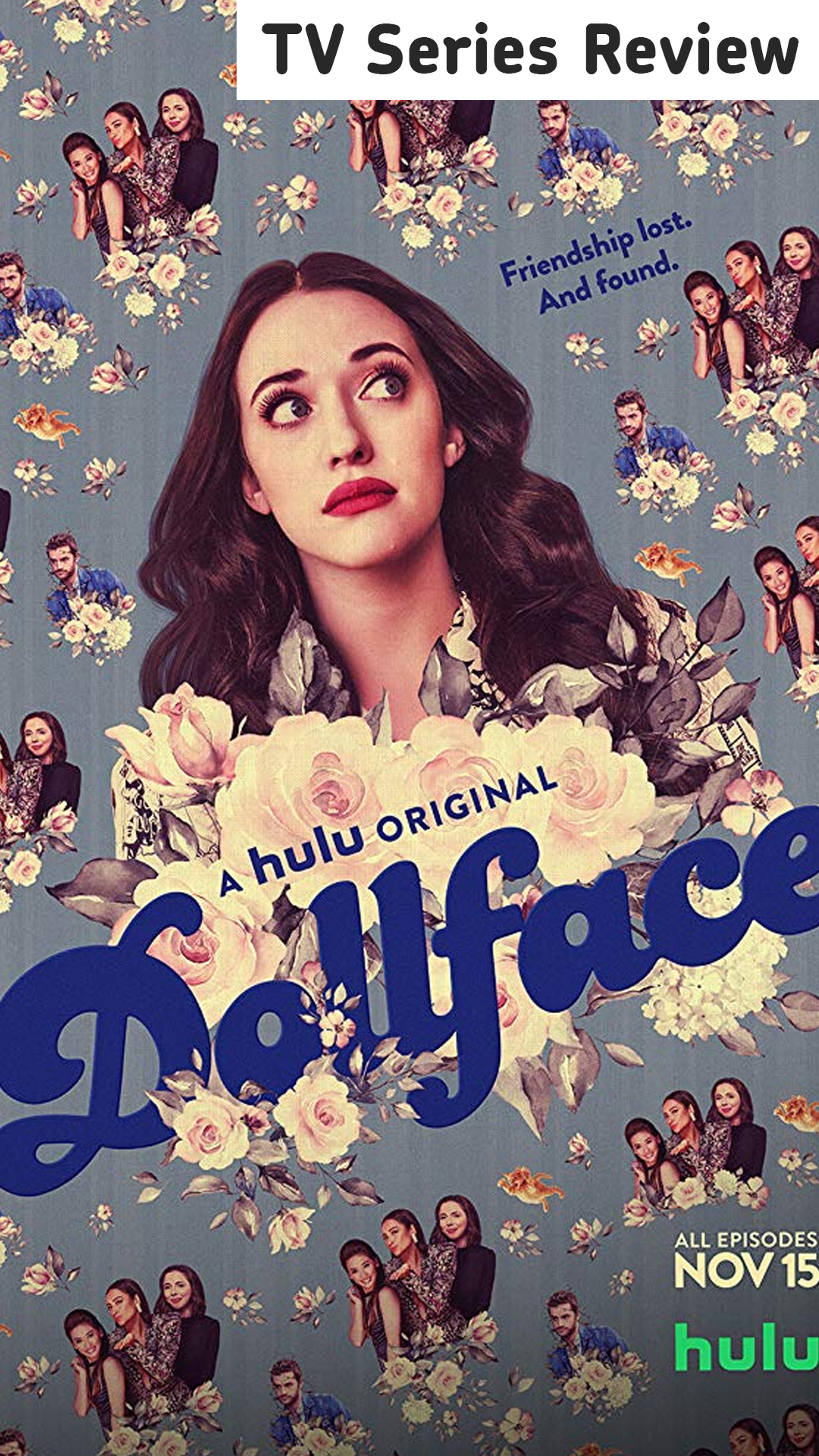 « The Keepers
When They See Us »
Katy Whitton https://www.facebook.com/WhatKatyReviewedNext/
2019-21-11GMT+010017:24:11324What Katy RevIewed Next
After being dumped, Jules tries to reconnect with old friends and find her place in the world. Along the way she has a series of surreal encounters and life-changing... 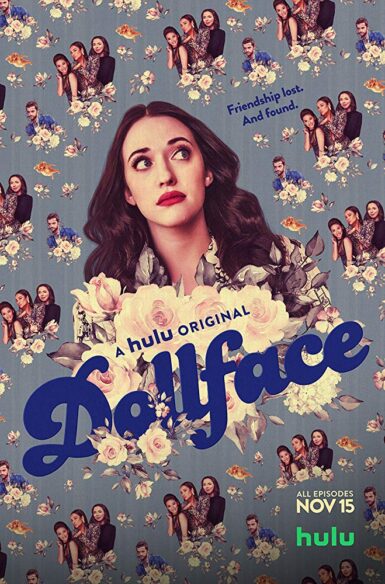 Overview: After being dumped, Jules tries to reconnect with old friends and find her place in the world. Along the way she has a series of surreal encounters and life-changing events,

Dollface is quirky comedy from Hulu and written by newcomer Jordan Weiss. The story follows Jules (Kat Dennings – Two Broke Girls) who gets dumped by her boyfriend in the first couple of minutes of the first episode. This leads her to realise that for the past 5 years her life has be so wrapped up in her ex Jeremy’s life that she’s got no friends or interests of her own.

After a surreal bus journey featuring a Cat-Lady driver, Jules decides she needs to reconnect with her former College friends Madison (Brenda Wong – The Suite Life of Zack & Cody) and Stella (Shay Mitchell – Pretty Little Liars) and start living her life as a “strong, independent woman”.

The 10 episode season follows Jules in her attempts to rebuild her friendships by agreeing to go out more (I guess you’re not a “real” girl if you don’t party on a school night) and attend brunch. Each of her social interactions ends in some form of disaster whether it be passing out after 25 minutes of drinking shots with Stella’s Mum (a blink and you’ll miss it cameo by Tia Carrere), trying to find a party boat and ending up on a trawler full of Finnish sailors or outing a vegan chef as a meat-lover.

As well as the obvious “real world” comedy situations Jules finds herself in, her inner thoughts and insecurities are represented by a series of weird sketches – a game show entitled “Will she go out?” and a literal chasm opening up in the floor between Madison and Stella as they argue over lunch are two examples. The problem with these vignettes is that while they’re there to tell us more about Jules’ inner turmoil they don’t really let us know anything about her at all, they just seem a bit shoe-horned into the narrative and come across as being rather contrived; if anything they could have done with being ever weirder and more surreal in order to serve the story line better.

The relationship between Jules, Madison and Stella is portrayed very well, although I think Madison and Jules rekindled their friendship a little too easily, and the introduction of Izzy (Esther Povitsky – Crazy Ex-Girlfriend) into the group adds a fun and interesting dynamic. A lot of people will also relate to Jules’ work life as well: having work “friends” that are just superficial, a boss who doesn’t appreciate our efforts, working with idiots and not really believing in the product you’re hawking (come on, admit it – you’ve felt that way at some point!)

While the story line about Jules re-making friends is central to Dollface’s story arc, the series also tries to indicate the importance of being your own person and not just a partner in a relationship. This misses the mark somewhat as Jules starts to have “feelings” for her f*ck buddy and basically falls for the first reasonably good looking guy that shows an interest in her. Her one redeeming quality is that she’s strong enough to resist her ex telling her he’s made a mistake – which if she wasn’t would have made the show pointless.

I’ll be honest, there isn’t much of a plot to each episode; there’s no real character progression (although Stella does decide to go to business school and stop being an unemployed “It girl”) and a lot of the interesting backstory elements (why did Jules ignore Madison when she reached out during her mother’s illness?) are mentioned and promptly forgotten but the series does show promise – the Wizard of Oz inspired episode was particularly clever, if lacking in substance.

Dennings, Wong and Povitsky are all very good in their roles and well cast but the stand-out for me has to be Shay Mitchell’s Stella, she steals every scene with her pithy one-liners and understated humour and you really do feel genuinely sorry for her when she reveals that she thinks that people think she’s stupid and she’s only there to be the “fun” one.

I hope that Hulu renews Dollface for a second season and that, with a bit more experience behind her, writer Jordan Weiss decides to make the show even wackier and more surreal while allowing the cast to sink their teeth into some more meatier material.