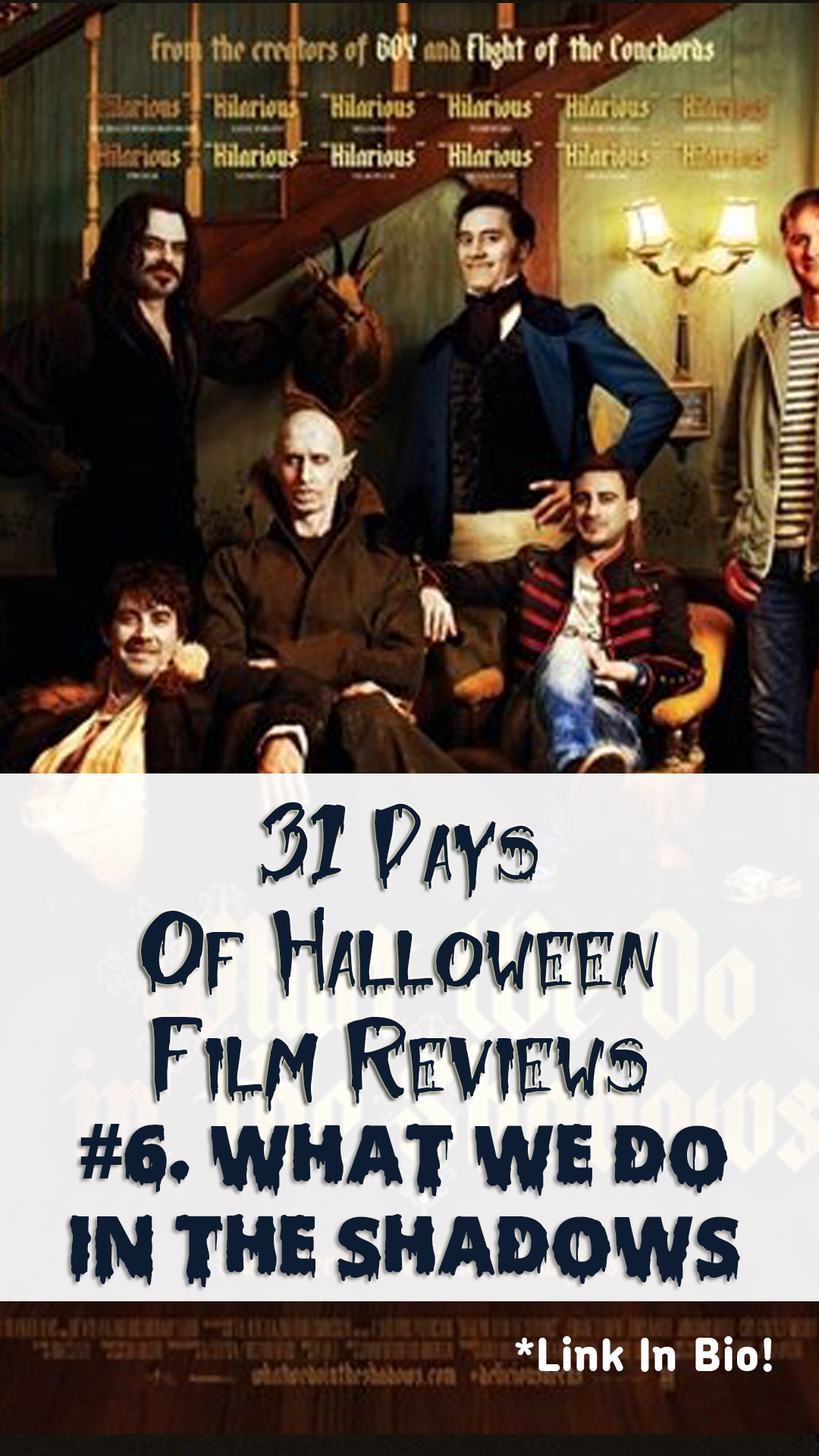 « Goosebumps
The Evil Dead (1981) »
Katy Whitton https://www.facebook.com/WhatKatyReviewedNext/
2019-06-10GMT+010015:57:03278What Katy RevIewed Next
What We Do In The Shadows sees a documentary team follow a group of housemates through their daily (or should that be nightly?) routines. They're a bit of an odd bunch - mainly due to the fact that...

What We Do In The Shadows Movie Review 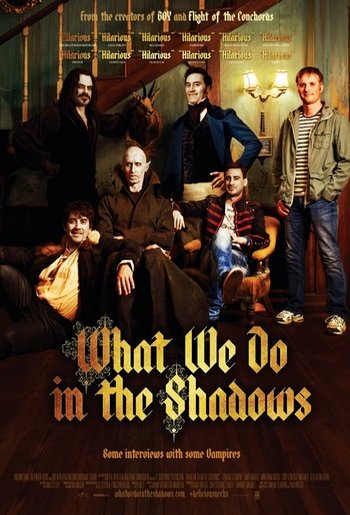 Overview: What We Do In The Shadows sees a documentary team follow a group of housemates through their daily (or should that be nightly?) routines. They're a bit of an odd bunch - mainly due to the fact that they're vampires! Did I enjoy it? Read my review to find out!

What We Do In The Shadows is a mockumentary that follows the lives of four housemates living in suburban Wellington, New Zealand. So far, so normal, right? Well, all is not as it seems as the housemates are in fact all vampires.

The film opens with us being introduced to Viago, played by Taika Waititi, who is 379 years old and has trouble rising out of his coffin of an evening. He the takes us through the house and introduces us to 183 year old Deacon, 862 year old Vladislav (who used to be a bit naughty had was nicknamed Vladislav the Poker due to his love of poking people to death with sticks) and Petyr who, at 8000 years old, is the oldest member of the household.

The housemates have problems that we can all relate to – Deacon hasn’t done the washing up for 5 years, Petyr won’t help out with any of the chores and Vladislav’s idea of dusting to to drag a dead body down the hall.

Their harmony is disrupted when Deacon’s familiar Jackie brings her ex-boyfriend Nick around for dinner, the vampires chase Nick around the house but he manages to escape, only to be captured and turned by Petyr.

We fast forward a couple of months and Nick appears to be enjoying his life as a vampire, particularly being able to fly around which annoys the others as they’re worried the neighbours will see. The one downside to becoming a vampire is when Nick is out with his mate Stu (a human) and steals a chip off of his plate. After eating it we’re treated to a scene of Nick violently puking up blood for a good two or three minutes which is as funny as it is gross.

Nick’s other problem is that he can’t keep his mouth shut and goes around telling anyone that will listen that he’s a vampire which they tolerate as they like Nick’s friend Stu so much – he’s introduced them to cell phones and the internet which allows them all to watch a sunrise again.

Nick’s big mouth gets them into trouble with a local Vampire killer and when the police show up Viago has to hypnotize them so they don’t notice anything suspicious – which works but they do point out that there are no smoke detectors in the house!

The acting is great and you really believe that these guys are vampires and housemates. There are plenty of really great special effects (a bat fight!) and these don’t feel forced or intrusive in any way, and they’re all really well done.

While there isn’t much of a plot, the film moves along at a fast paced and you’re kept entertained throughout. In fact I was a little upset it was over and it could certainly run longer that it’s 1 hour and 26 minutes.

Watch this film if you’d like a bit of comedy along with your gore.