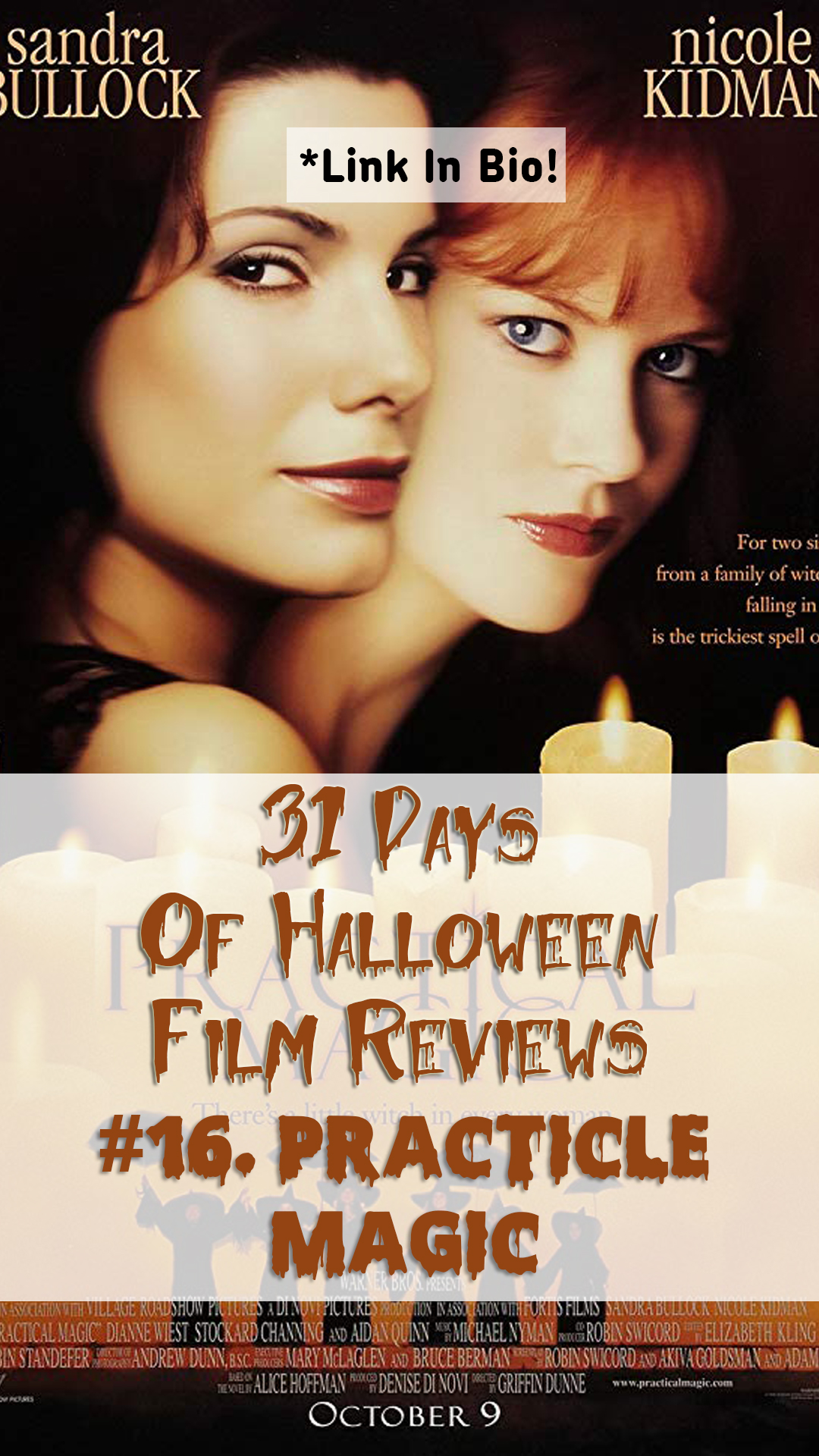 « The Witches Of Eastwick
Joker »
Katy Whitton https://www.facebook.com/WhatKatyReviewedNext/
2019-16-10GMT+010010:00:44288What Katy RevIewed Next
This review is part of the 31 Films For Halloween Series It would be easy to dismiss Practical Magic as a simple romance but there’s much more to it than that. It’s actually quite a... 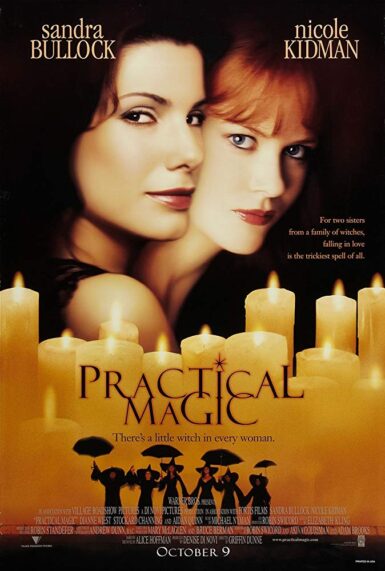 Overview: This review is part of the 31 Films For Halloween Series It would be easy to dismiss Practical Magic as a simple romance but there’s much more to it than that. It’s actually quite a poignant tale of love, family and loss with a sprinkling of magic thrown in. The film stars Sandra Bullock as […]

It would be easy to dismiss Practical Magic as a simple romance but there’s much more to it than that. It’s actually quite a poignant tale of love, family and loss with a sprinkling of magic thrown in.

The film stars Sandra Bullock as Sally Owens and Nicole Kidman as her sister Gillian. The Owens sisters come from a long line of witches who live under a curse – any man they fall in love with is destined to die. After the girl’s father dies (thanks curse!) and their mother dies of a broken heart (thanks again curse!) they move in with their Aunts played by the always wonderful Dianne Wiest and Stockard Channing. The Aunts take it upon themselves to make life fun for the girls (even though they’re picked on by other kids) and teach them about their magical heritage.

A young Sally is so worried about falling in love that she casts a spell so that she’ll fall in love with her perfect man, a man with one blue eye and one green eye. When Gillian says that she didn’t think Sally wanted to fall in love and asks why she’s casting a love spell Sally responds that she’s created the spell for a man that doesn’t exist so she can’t fall in love with him. Gillian on the other hand can’t wait to fall in love and when she’s old enough elopes with her boyfriend so she can escape the small island town they live on (spoiler alert: it’s not real love she’s feeling!)

As time moves on, Sally marries and has two little girls. She’s now accepted by the community and has all but forgotten about the curse and her magical roots. Gillian is living it up in the sun partying by pools and fooling around with the local bad boy called Jimmy. The happiness can’t last though and it’s not long before the curse strikes again and Sally’s husband is killed. Unbeknownst to her, her aunts cast a spell that brought her and her husband together – they weren’t worried about the curse as they thought Sally would never fully love him thanks to her own love spell and he’d be immune to it. It turns out he was a great guy and Sally did fall in love with him so he had to die – thanks yet again curse!

Sally slowly recovers from her grief and one evening gets a funny feeling, just then the phone rings and it’s her sister Gillian asking Sally to come and get her. Sally arrives at a motel to find Gillian beaten by her boyfriend and, as they try to leave, he holds them at gun point forcing them to drive off. They manage to spike his drink with belladonna but instead of making him pass out, they accidentally kill him.

Sally is worried about losing her kids so Gillian comes up with the idea of casting a spell to bring Jimmy back to life. If you bring something back, they come back dark and unnatural but Gillian points out that Jimmy’s already like that so it won’t make any difference. After a ceremony involving whipped cream(!) Jimmy wakes up and tries to strangle Gillian so they end up killing him again and they bury him in the back garden.

They decide to keep what happened from the Aunts but after a weird night involving tequila the aunts realise something is up and leave town, letting the girls clean up their own mess. Things get complicated when an investigator turns up, it would seem that Jimmy is responsible for the murder of at least one woman and Gillian was definitely going to be next so we don’t feel too bad that he’s dead.

We all know that they’re not going to get away with it and Jimmy makes a surprise reappearance which leads to the community getting together, Sally finding love (and lifting the curse) and Gillian finally accepting herself (and stop being such a slut, you go girl!)

Watch this film of you’re feeling romantic and want something a bit different from your usual Nineties Rom-Com.