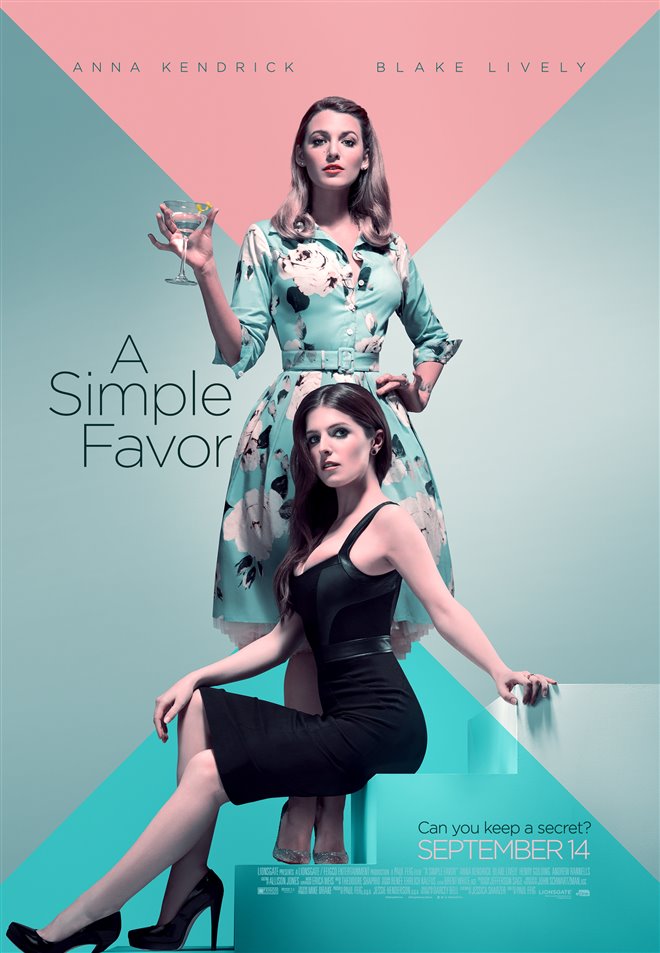 « The Predator (2018)
Bounty Killer »
Katy Whitton https://www.facebook.com/WhatKatyReviewedNext/
2018-20-09GMT+010021:00:19262What Katy RevIewed Next
Two moms (Emily and Stephanie) get together over martinis to discuss their lives. When Emily asks Stephanie for a simple favour a dark web of deceipt, desire and deception begins to unfold in this... 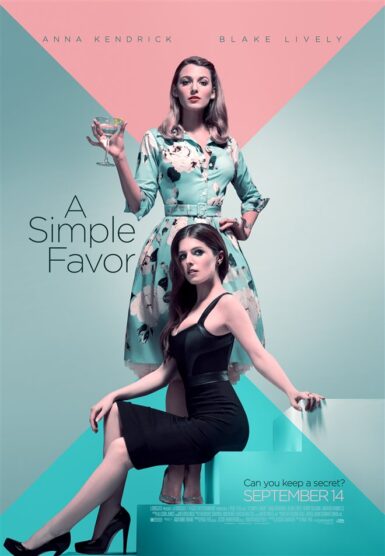 Overview: Two moms (Emily and Stephanie) get together over martinis to discuss their lives. When Emily asks Stephanie for a simple favour a dark web of deceipt, desire and deception begins to unfold in this film-noir style thriller

I’m really struggling to decide what to make of this film! On the one hand it’s a story about friendships and their boundaries and on the other it’s a dark tale of deception and deceit.

I’m not going to go too deeply into the story as I don’t want to give the plot away – and well done to the editor of the trailer, it’s refreshing to go into a film without the entire thing already having been played out in the previews – but the basic premise is that Mommy vlogger Stephanie (Kendrick) meets Emily (Lively) as their children are at school together. They start to hang out and over Martini’s Stephanie talks about her life. One day Emily asks Stephanie to do her “A Simple Favor” – pick up her son after school and she then vanishes. Stephanie is then left to investigate Emily’s disappearance and there are lots of twists and turns as she delves deeper into Emily’s past.

The story is an interesting one: we all have dark secrets that we keep hidden, even if we look like we’re the sweetest person on the planet. We have friends, but how much so we really know about them? What boundaries should be pushed, and what should be left well alone?

Director Paul Feig is usually better known for bawdy comedies (Bridesmaids, Heat) and there is a hint of dark comedy in the film which adds to the story rather than detracting from it.

The style of the film is very reminiscent of early Hitchcock and there are nods to fifties film noir from the style of Emily’s home and outfits to the chic French inspired soundtrack.

I haven’t read the book but I guessed one of the main plot twists quite early on, this didn’t detract from my viewing though as there were plenty more twists to come.

I did really enjoy A Simple Favor. I think my difficulty in deciding what to make of the film comes from the fact that it’s not easily compartmentalised as one particular genre: it’s a thriller, romance, drama and buddy movie all in one. I think I would have preferred the film to be a little darker in place, but overall it’s a great movie and well worth a watch.

Let us know your thoughts on "A Simple Favor"