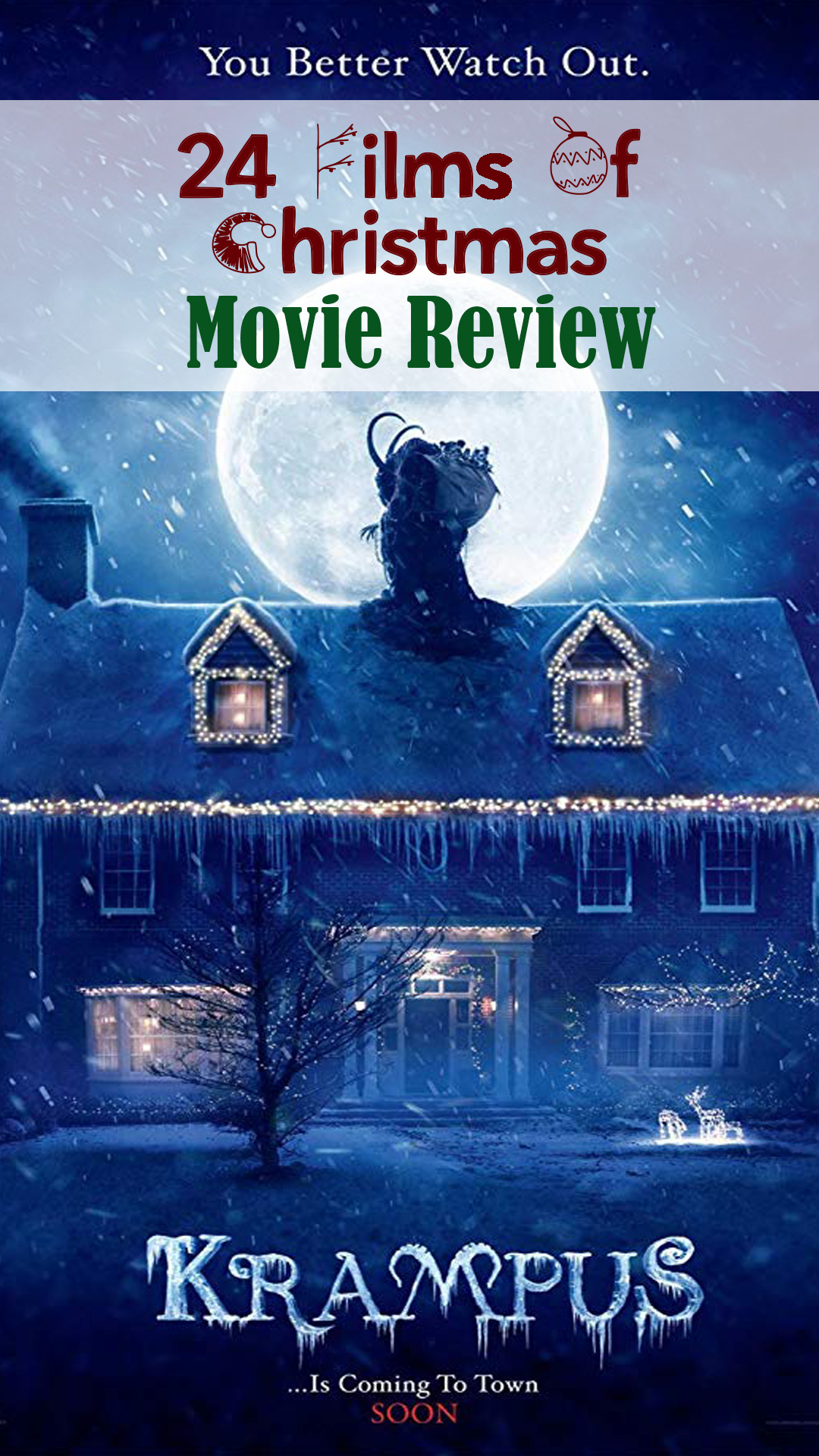 « Silent Night, Deadly Night (1984)
Elves (1989) »
Katy Whitton https://www.facebook.com/WhatKatyReviewedNext/
2019-03-12GMT+010010:00:28336What Katy RevIewed Next
A lack of Christmas spirit puts a family in danger as they are stalked by the shadow of Saint Nicholas. As they struggle to survive will they be able to band together to defeat this evil... 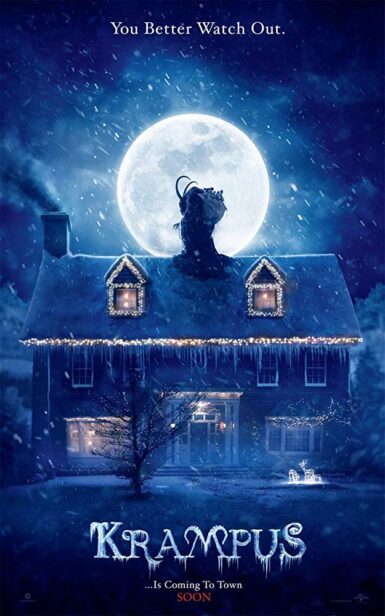 Overview: A lack of Christmas spirit puts a family in danger as they are stalked by the shadow of Saint Nicholas. As they struggle to survive will they be able to band together to defeat this evil foe?

The opening of Krampus is very reminiscent of the toy scene in Jingle All The Way – a group of parents stampeding through a store in order to get the best toys and getting tasered and a nativity scene breaking out into a fight so you know this isn’t going to be a standard Christmas film from the outset.

To say that the Engel family is dysfunctional is putting it mildly. There’s German Grandma Omi, workaholic Dad Tom, highly strung Mum Sarah, mopey stoner teen Beth and nativity fighter Max (who still writes letters to Santa). If that crew weren’t mad enough they’re then joined by Sarah’s sister Linda, her husband Howard, their kids – Howie Jr. (who doesn’t seem to speak), daughters Jordan and Stevie (who apparently pee standing up), baby Chrissy and finally Aunt Dorothy who arrives in a fur coat but immediately asks where the eggnog is.

Phew! That’s a lot of people in one house – and in one film!

Sarah doesn’t get on with Aunt Dorothy and has a strained relationship with her sister thanks to their redneck ways.

Jordan and stevie wind Max up over Santa crashing his sleigh and having to eat his reindeer and Aunt Dorothy winds Sarah up over her fancy cooking so just a usual Christmas dinner from what I can tell.

Things start to take a sinister turn when Jordan and Stevie steal Max’s letter to Santa, mocking him for its contents. He gets so upset that instead of posting it as his Dad suggests, he tears it up and throws it out of his bedroom window. Instead of blowing away, the pieces are sucked up into the sky and a dark storm rolls in over the town knocking out the power.

Strange things start to happen: a snowman appears out of nowhere in the back garden, a red sack turns up at the front door and when Beth tries to head through the storm to visit her boyfriend (why did her parents agree to this?) day turns to night and she’s stalked by a cloaked and chained figure that jumps from rooftop to rooftop. Needless to say she doesn’t last long outside the family home.

Grandma Omi seems to know something more than a simple storm is going on and urges Tom and Howard to stay inside and not look for Beth. Tom assures her everything will be okay and they head out in Howie’s Hummer (gotta love those Rednecks!) to find Tom’s missing daughter. Back at the house, footsteps on the roof and a crashing noise have the family on edge.

Howard is attacked by something under the snow but Tom manages to get him back to the house where they decide to barricade themselves in and wait for the storm to pass. Their peaceful night doesn’t last long as the dying fire allows an evil force to enter the house and grab Howie Jr.

Omi finally comes clean about is stalking them. She tells the story of a village that loses hope at Christmas and becomes selfish and mean so a young Omi wishes that they were all gone and she got her wish; the shadow of Saint Nicholas arrived in the form of Krampus. She’s left behind as a reminder of the importance of Christmas Spirit. I have to specifically highlight this section of the film as its a wonderfully produced piece of stop motion animation that really sets this story apart from the rest of the film, and let’s us know its importance.

With Krampus and his army encroaching on the house no one is safe and it’s a race to figure out how to undo Max’s wish so he can save his family.

Is this a Christmas film? Most definitely yes! As well as the story highlighting the importance of Christmas Spirit there’s also plenty of action involving Christmas themed food and toys – you’ll never look at gingerbread men the same way again!

This film is a great balance of comedy and scares, it’s also a nice reminder that Christmas isn’t just about the material gifts you put under the tree but more about family and what’s in your heart.

Watch this if you hate having your family over for Christmas and wonder why you put yourself through it.