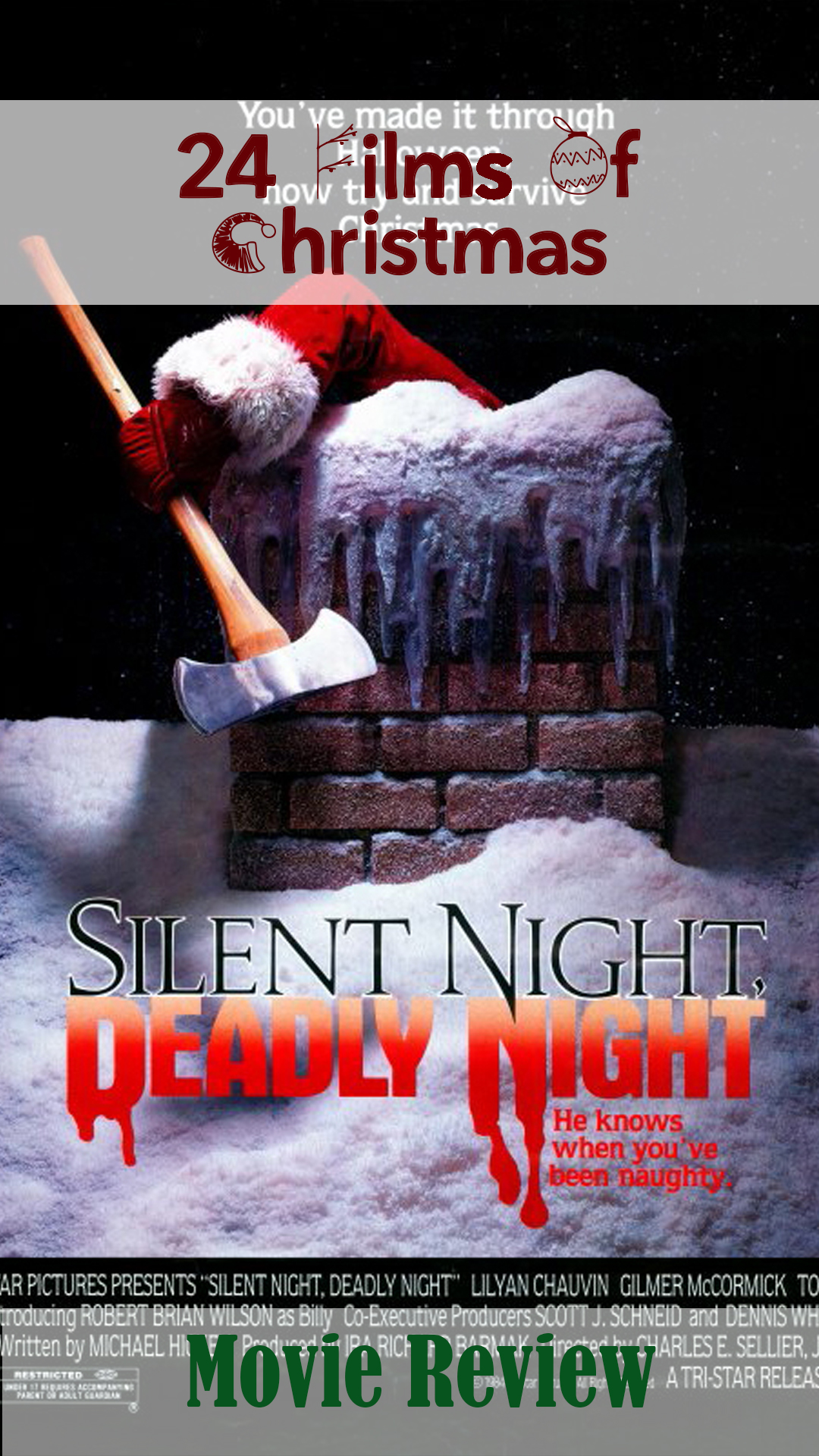 « Black Christmas (1974)
Krampus »
Katy Whitton https://www.facebook.com/WhatKatyReviewedNext/
2019-02-12GMT+010010:00:50335What Katy RevIewed Next
After his parents are killed by a man dressed as Santa, Billy struggles to come to terms with his memories and how to cope as an adult working in a toy... 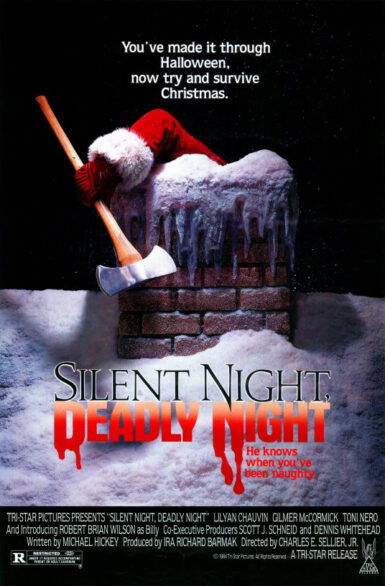 Overview: After his parents are killed by a man dressed as Santa, Billy struggles to come to terms with his memories and how to cope as an adult working in a toy store.

So, before I start this review here’s a fun fact for you: Members of the public were so upset and shocked that a killer Santa could go on a rampage that the film was pulled from cinemas just a week after its release (it didn’t stop it spawning 4 sequels and a lot of knock-offs though!)

The film opens with an all American family visiting their grandfather on Christmas eve. The Grandad is in a care home in a catatonic state – spoiler alert, he’s just pretending and tells his Grandson Billy that Santa punishes all the kids who haven’t been good all year and if he sees something he needs to run. What a way to ruin Christmas, Gramps!

Meanwhile, a guy has just robbed a grocery store dressed as Santa but his getaway is thwarted when his car breaks down. Unfortunately for Billy, it’s his family that come across robber-Santa and his dad is shot,  his mum has her throat cut after unnecessarily flashing her boobs but Billy manages to escape thanks to Creepy Grandad’s prescient warning to leg it if he’s sees anything bad.

Billy and his baby brother (who really gets forgotten about after 5 minutes) end up in a orphanage where he develops a whole host of issues thanks to the Mother Superior being an absolute cow – she straps the poor boy to a bed one night as he’s having nightmares about his dead father. What a caring and progressive attitude!

Well, her method seems to have worked as we cut forward to 10 years later and Billy is now a wholesome strapping 18 year old who gets a job in a toy store (cue cheesy montage and upbeat music to show how well he’s getting on). But is it too good to last? You bet it is!

As Christmas approaches Billy’s attitude starts to change and the sight of Santa sends him into a spin. Why you would think that getting a job in a toy store if you have a fear of Santa is a good idea I don’t know. The problem is compounded when his boss asks him to dress up as the store Santa is out sick. For some reason Billy agrees and has annoying kids sitting on him all day while quietly threatening them that they need to be good “or else”!

After his stint as Santa, Billy gets shitfaced at his work’s Christmas party (so normal behaviour then) and when he sees the girl he likes getting attacked by the store sleazeball, he loses the plot and goes on a rampage thinking that he is actually the real Santa and needs to punish the naughty. Needless to say it doesn’t end well for Sleazy Andy or the other employees at the toy store.

Billy then goes through the town killing at random using anything at hand to perform his kills: Christmas lights, a bow and arrow, even a stag’s head! He makes his way to the orphanage where he intends to punish the horrible Mother Superior – will he succeed? You’ll need to watch the film to find out!

This film was made in 1984, right at the peak of the slasher genres popularity and it would be easy to think that it’s just another stereotypical film that uses Christmas to set it apart from others of the same type. The thing is, it really takes its time to build up Billy’s character and explain why he is the way he is; you really do feel sorry for him and can understand why he suddenly turns into a psycho.

Is it a Christmas film? I’m saying yes! Each of the important events take place on Christmas Eve, the main character dresses as Santa and even thinks that he is Santa and needs to punish the naughty. The only thing that lets it down is its lack of Christmassy-themed kills.

Watch this film if you saw Mommy kissing Santa Claus and it disturbed you.