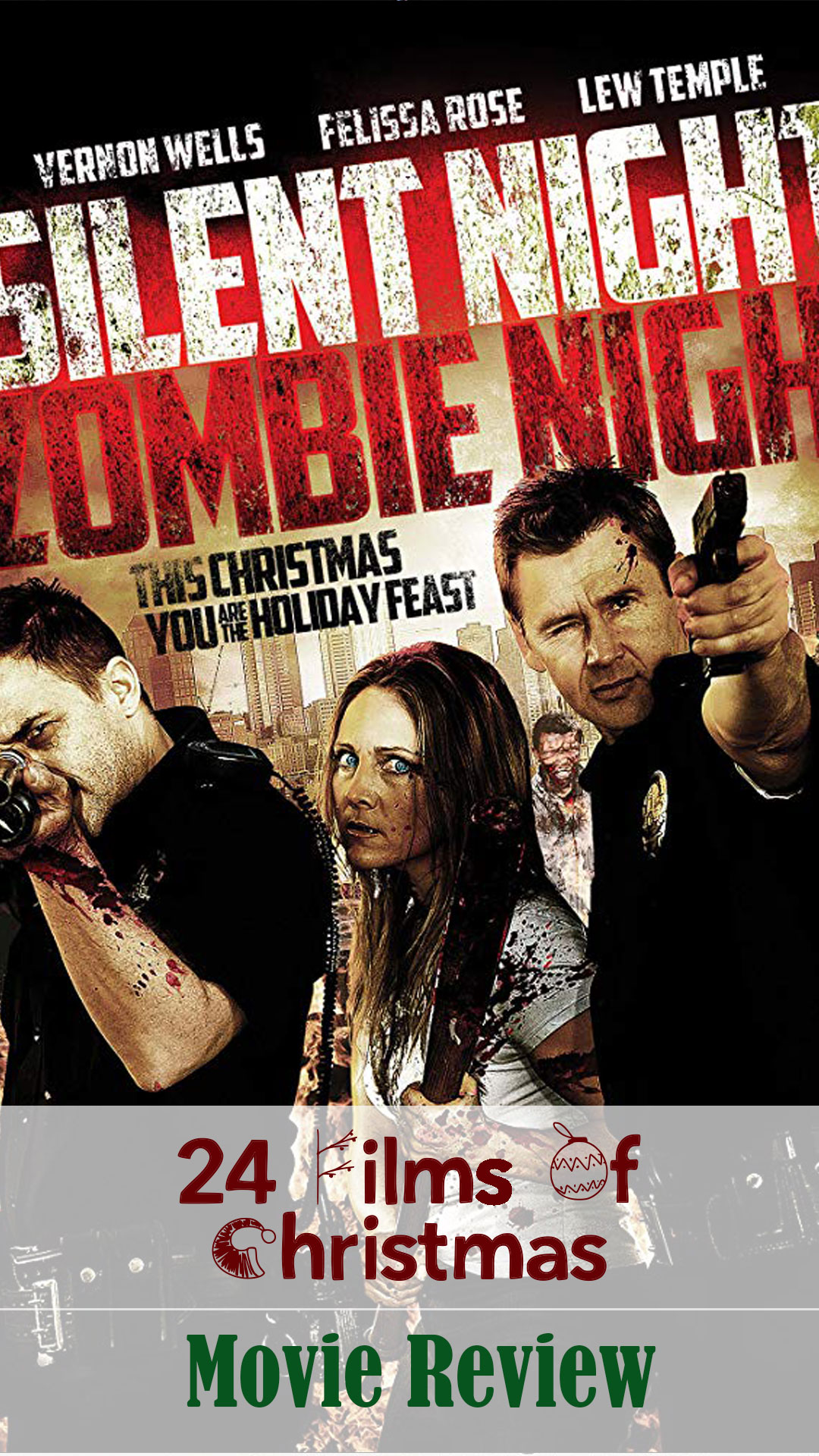 « Silent Night, Bloody Night
Jojo Rabbit »
Katy Whitton https://www.facebook.com/WhatKatyReviewedNext/
2019-09-12GMT+010016:23:33342What Katy RevIewed Next
It's a week before Christmas and the residents of Los Angeles are turning into Zombies. Will Sarah, Frank and Nash survive long enough to see Christmas or will they be... 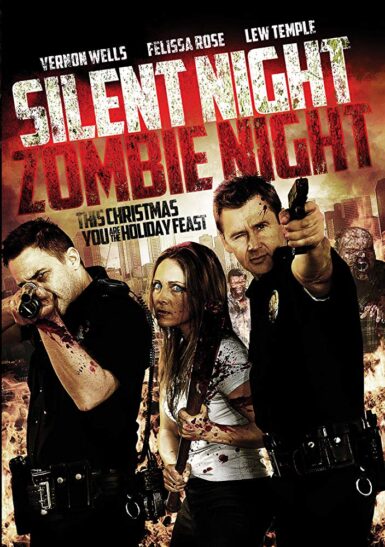 Overview: It's a week before Christmas and the residents of Los Angeles are turning into Zombies. Will Sarah, Frank and Nash survive long enough to see Christmas or will they be sleigh-ed?

The film opens with scenes of the zombie apocalypse starting. Sarah is having a minor melt down in her car and has to beat a zombie to death with a baseball bat. Her husband Frank, who is a cop, has to shoot a zombie that’s trying to eat his partner Nash’s foot (he misses and shoots Nash’s toe off – great aim!) and a car salesman is attacked on his Forecourt.

Frank and Nash make it to Nash’s apartment where they bump into Sarah. She’s decided to leave Frank and was at Nash’s flat because…. Plot point! To be honest, Frank is a bit of a dick so I can completely see why Sarah’s leaving him.

Sarah and Frank manage to stop Nash’s wound bleeding (and with Frank’s attitude I think he shot his partner on purpose) then inexplicably end up having sex (which thankfully we don’t see).

They hole up for a while but it’s not long before Frank heads out to skewer some zombies. He figures out they can’t see at night and find victims through smell. He masks his scent with some hunting spray and runs around the neighbourhood hitting zombies with Sarah’s baseball bat.

Frank then heads to a house that’s covered in Christmas lights that are miraculously on even though there’s no power in the neighbourhood. He meets Jeff who is hiding something (and it’s super-obvious what it is). Meanwhile Nash and Sarah get drunk and make out, he then decides its a good idea to go and find Frank. Well, what do you know, it’s dark and he’s gets shot by Frank again!

The rest of the film is basically a sexual stand-off between Frank and Nash over Sarah, there’s no plot developments to speak of and nothing happens until the last 5 minutes of the movie. To be honest, I’m not quite sure what the point of this film was as nothing is resolved and the end is kind of up in the air. I didn’t like any of the characters – in fact I hoped they all died! Frank is sexist and rude, Nash is presumptive and preys on a drunk Sarah, Sarah has no backbone and is a whiny cow and the couple of other characters that were in the film were so one-dimensional I won’t even bother mentioning them.

But “Is it a Christmas Film?” I hear you ask. Nope. Definitely not. There is one zombie santa. ONE! There’s the house with Christmas lights on it and the the title music is Christmas themed and that’s it. It’s like two guys met down the pub and thought “I know, zombie films are really popular at the moment so we’ll make one but we need a different angle” and the set it the week before Christmas without, somehow, managing to make it a Christmas film.

There are so many missed opportunities in this film. I would have loved to see zombie Santas and Elves, rampaging reindeer and an innovative use of Christmas presents to kill the undead. Sadly, none of that happens and we’re left with a flat film with unlikeable characters that could have been set at any time of the year. The zombie effects are reasonable (but then it’s not hard to get a bit of blood wrong) but the rest of the special effects are just…. terrible. A head explodes and it looks like a watermelon and when a gun is fired there’s a muzzle flash that’s overlaid on the screen that’s awful – make it a drinking game and take a shot each time you see it, it’ll help pass the time.

Watch this film if you’re a fan of zombie films and are trying to see every single one before you die otherwise I’d give this a wide berth.