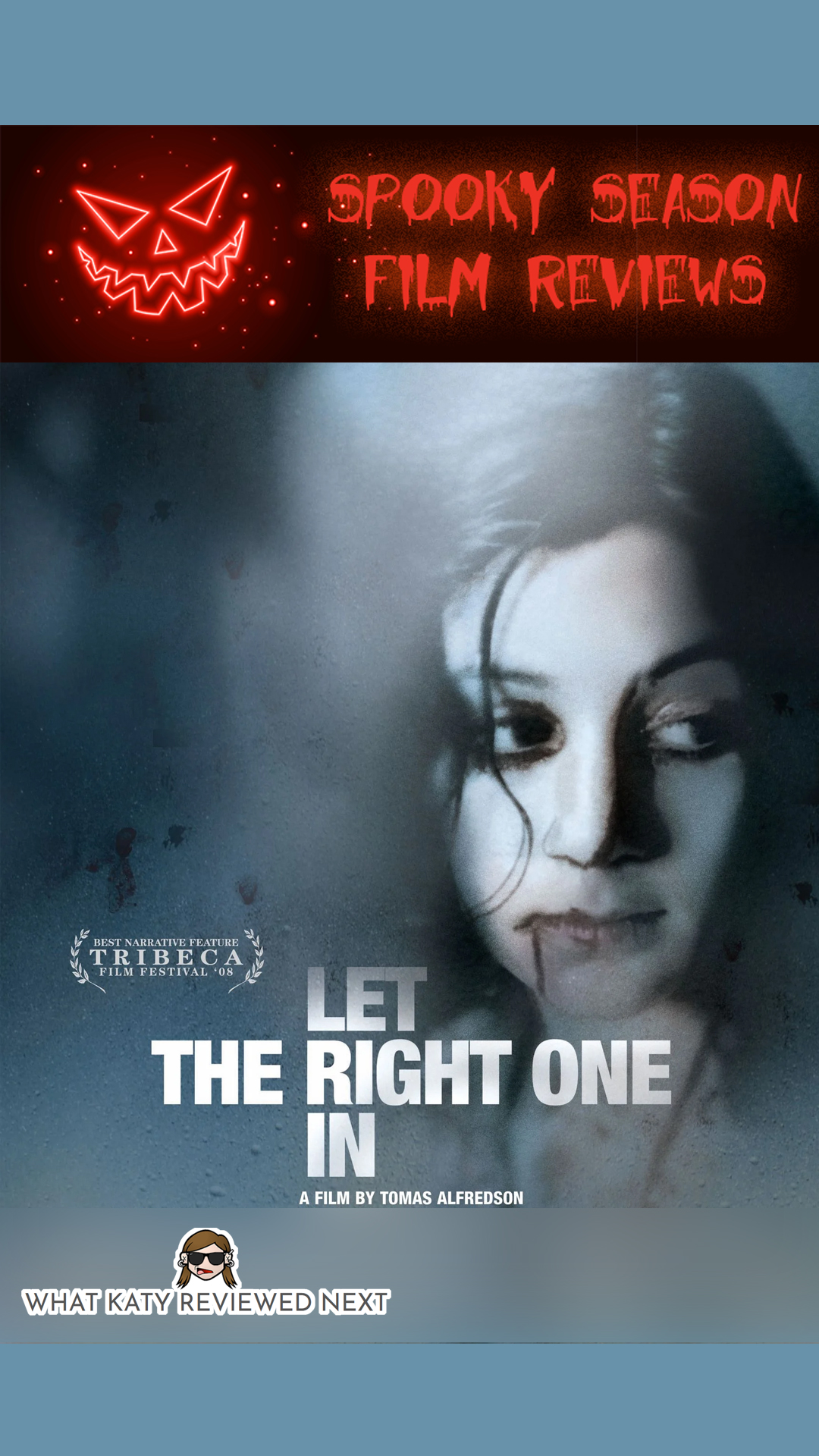 Let The Right One In Movie Review 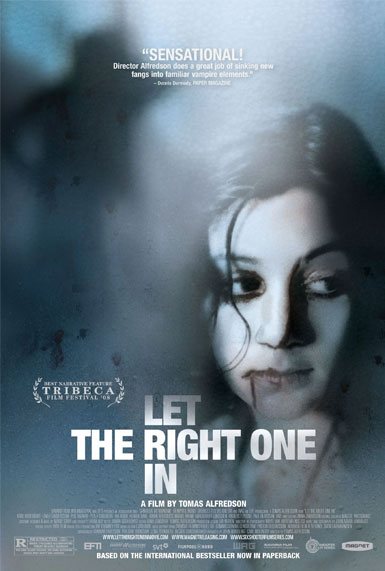 Overview: When the mysterious Eli moves in next door, little does 12-year-old Oskar realise how much his life is going to change.

Let The Right One In (Låt den rätte komma in to give it it’s Swedish title) is an odd film in that it crosses so many genre boundaries when compared to films of a similar topic. Part horror, part pre-teen angst, part romance, Let The Right One In is an overlooked masterpiece of a film that deserves a wider audience.

Set in a snowy suburb of Stockholm in 1982 the film introduces us to Oskar, a lonely 12-year-old boy who lives in a small apartment with his divorced mother. He’s bullied mercilessly by his classmates and instead of standing up for himself or fighting back he gets rid of his pent-up aggression by stabbing a tree the communal garden of his apartment building.

It’s on one of these stabby excursions that Oskar meets the mysterious Eli, a girl around the same age as him (or so it seems). He’s instantly fascinated by her as she’s out in the playground in the snow wearing just a dress and no coat, not even shoes. When he asks her if she’s cold she replies with “I’ve forgotten how” which he seems to take in his stride and the two slowly start to form a friendship even though, according to Oskar, she “smells funny”.

As the friendship between Oskar and Eli builds, we see through his eyes and in the actions of Eli that things aren’t exactly what they seem – she’s not really a 12-year-old girl after all but a 200-year-old vampire who is struggling with a sense of loneliness herself.

Living with Eli is Håkan who we initially take to be her father, but it turns out that he is, in fact, her familiar and is sent out every night to hunt down young men in order to quench Eli’s thirst for blood. I have to say I feel quite sorry for Håkan, he cuts a rather sad figure and is also one of the most inept serial killers that have ever graced the silver screen. How Eli survives when this man is responsible for supplying her with “food” I don’t know.

It’s Håkan’s complete uselessness that sets in motion a chain of events that brings Oskar and Eli closer together, teaching both of them that they can trust, have faith in themselves and find love even in the darkest of circumstances.

The film is wonderfully shot and while it’s slow-paced this really fits the tone of the film mirroring the speed of the growing relationship with the two main characters. You really feel for both characters: Oskar because of the helplessness he feels at the hands of the bullies until he’s able to face them thanks to Eli’s support; and Eli because she’s been drawn into this nocturnal life and all the horrors that go along with it.

I don’t want to give away too much of the storyline as it’s a fantastic tale to watch unfold but there is one particular scene that had me in stitches when a group of domestic cats attack a woman – who knew they could sniff out a baby vampire in the making?

While foreign language and subtitled films aren’t for everyone, the popularity in recent years of non-English content thanks to the film Parasite, Netflix series such as The Dark, Money Heist and, most recently, Squid Games shows that there is a market and an appetite for films like this and it would be nice if it could have a little resurgence in popularity.

If you’re not into subtitles, the film received the glossy Hollywood remake treatment back in 2010 and was retitled Let Me In. This version (which I haven’t seen yet but I think I’ll check it out to compare it to the original) stars Chloë Grace Moretz as Abby (the Eli character) and Kodi Smit-McPhee as Owen (Oskar).

Let The Right One In was made in 2008 but thanks to it being set all the way back in 1982 (feel old yet? I do!) it doesn’t suffer from aging badly as so many films can.

While it’s not a true horror film there are some gory parts, some interesting nods to vampire lore and it delves into what would happen if you “accidentally” became a vampire. It’s also an immensely poignant story of what it’s like to feel like you don’t fit in whether you’re alive or the undead.

If you’re looking for a little “horror-lite” this spooky season, I’d highly recommend you check out Let The Right One In, I think you’ll be pleasantly surprised.

Watch this if you want to know what happens when having too many cats may be a bit of an issue.

Let us know your thoughts on "Let The Right One In"