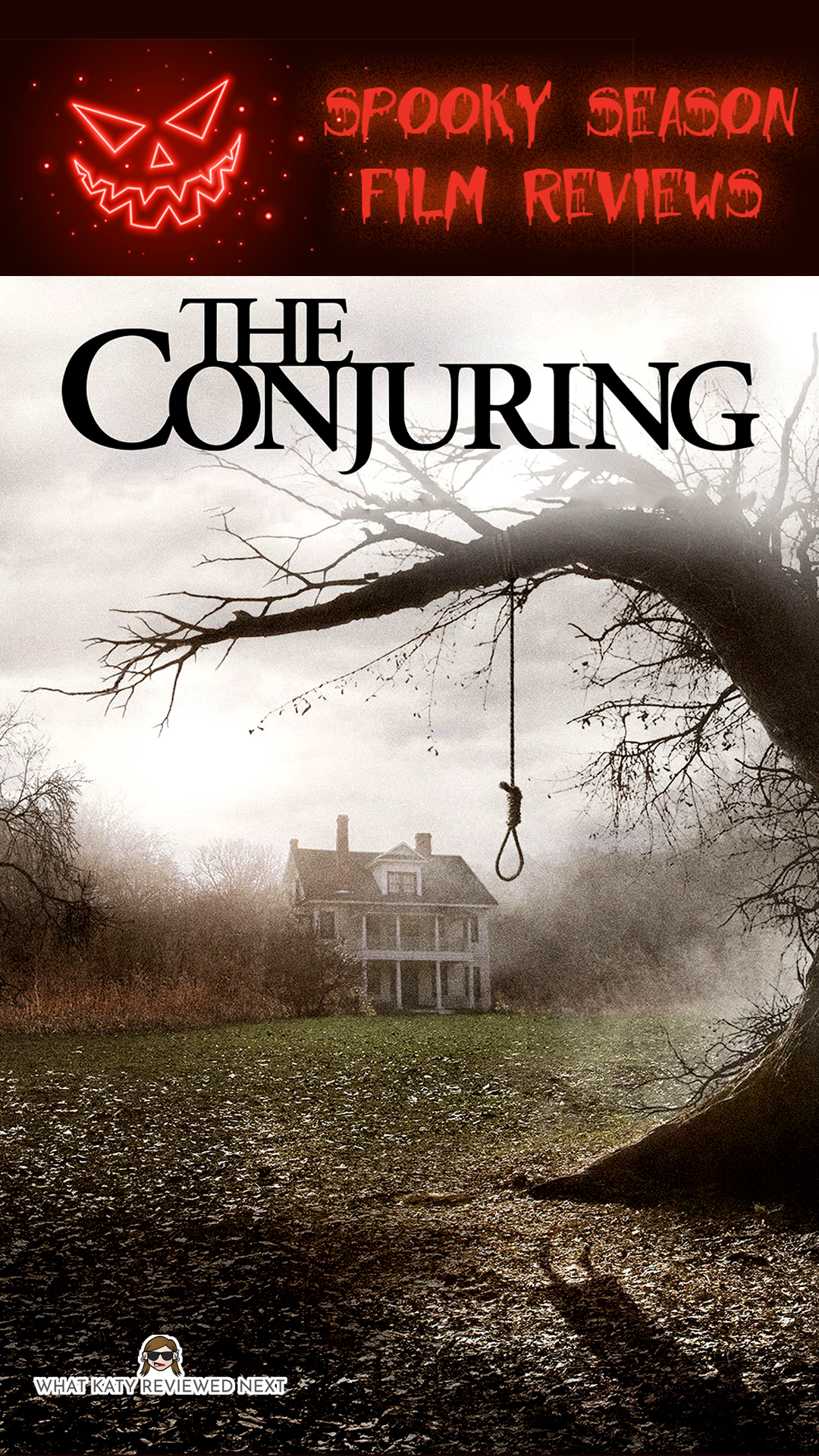 « Let The Right One In
The Conjuring 2 »
Katy Whitton https://www.facebook.com/WhatKatyReviewedNext/
2021-08-10GMT+01006:08:38280What Katy RevIewed Next
After the Peronns move into their new family home. Strange things start to happen that threaten the family's safety and sanity. Are the Peronns faking it? That's up to the Warrens to find... 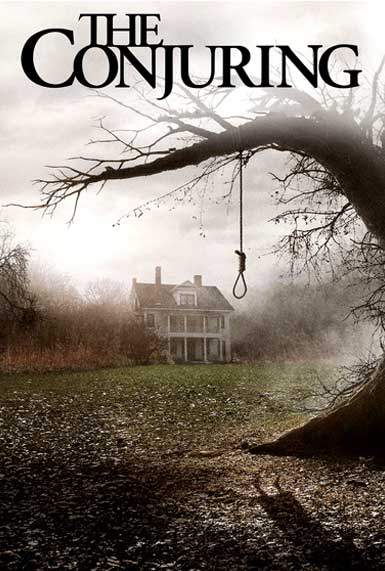 Overview: After the Peronns move into their new family home. Strange things start to happen that threaten the family's safety and sanity. Are the Peronns faking it? That's up to the Warrens to find out.

The Conjouring is set in the mid-Seventies and brings us into the lives of the Peronn family just as they’re moving into their large and rather run-down house.

As usual with these stories, the family got an “absolute deal” from the bank on the property (I wonder why?) and have sunk all of their money into it in order to make it the perfect family home for parents Roger (Ron Livingston), Carolyn (Lili Taylor) and their  500  sorry, five girls: Andrea (Shanley Caswell), Nancy (Hayley McFarland), Christine (Joey King), Cindy (Mackenzie Foy) and April (Kyla Deaver).

I feel I must give a shout out to the casting department for picking actresses that so closely resemble each other that I have no clue who anybody is throughout the majority of the movie.

As the family are moving their belongings in, their dog begins to act strangely and won’t even go up onto the porch. Roger brushes it off as nerves from the move and they begin to settle in.

I have two main queries here:

Now maybe I missed the explanation where they covered where all the old furniture that people could have died in (and given the subject of the film, they probably did) came from, but when weird stuff starts to happen and you’re in a house full of old furniture you don’t know the provenance of? That’s on you buddy.

The events in the house start to unfold slowly, the dog is found dead, all of the clocks stop at 3.07am each morning no matter how much they are wound and there is a foul odour that nothing will get rid of.

Personally, I would have left at this point as my thinking would be that there’s obviously a sewage issue that needs to be looked into BUT NO! Of course, the family stays, it would be a rather short film otherwise.

Then thing start to escalate: one of the girls (I couldn’t tell you which one) starts to sleepwalk and bang her head against a large and ominous looking wardrobe, their legs are grabbed while they are trying to sleep, the Mother wakes up covered in bruises, pictures are continually being flung from the walls, the youngest daughter has an invisible best friend called Rory and all sorts of weird stuff happens with her when she’s playing hide-and-seek.

They go to their local Pastor who then has the Church arrange for Ed and Lorraine Warren to visit the family to see if their claims of poltergeist activity are true. Ed (Patrick Wilson) is a “Demonologist” and Lorraine (Vera Farmiga) is a psychic medium. As soon as she enters the house Lorraine can sense several malevolent spirits who wish to do the family harm.

So, they leave now, right? Oh no! They stick around and watch the Warren’s put up cameras, recorders and all sorts of high-tech seventies equipment in order to test the validity of the Peronn’s claims.

The Warrens are able to capture quite a lot of activity in the house, most of it centring around the children (it may be one in particular but who knows, they all look the same) and then things go a bit batshit crazy forcing the family to FINALLY leave the home.

I won’t spoil the ending as I’m not that type of reviewer, but I will say that the last 15/20 minutes or so do have some genuinely scary moments – which is a novelty for me as I usually see them coming a mile off (thanks 2 1/2 years of film theory lectures, you didn’t ruin my enjoyment of horror films at all).

The takeaways I have from this film are that if your dog refuses to enter somewhere it’s probably a good idea for you not to go in, don’t buy a property just because it’s cheap – especially if it’s still full of furniture and, if a psychic medium tells you that your house is full of evil spirits that want to hurt your kids you know, LEAVE IMMEDIATELY.

Here’s an interesting fact for you: I was obsessed with ghosts and spirits when I was a kid, in fact the rectory in my village was featured in a book with a photo of a ghost in its grounds. I never saw it all the times I was up there and it’s been torn down now unfortunately. As part of this obsession, I read everything I could about Ed and Lorraine Warren and the original story of The Conjuring was one of the cases I learned about.

In real-life events, the Peronns actually did leave the house and went to live with her sister WHO HAD MOVED NEXT DOOR TO THEM (no mention of this in the film) and after one particularly problematic séance, Roger Peronn kicked the Warren’s out of the house as he felt they were doing more harm than good to the family.

Spoiler About The End Of The Film Ahoy!

Ed never actually performed any exorcisms, which he stated on many occasions, as he was never given authority by the Church to do so.

If you did find this film interesting then it’s probably worth looking into the real story behind the movie, from what I can remember reading, it’s actually more terrifying in the books than they manage to convey on screen.

Watch this if you enjoy Antiques Roadshow and you like looking at old furniture that you have no idea where it came from.

Let us know your thoughts on "The Conjuring"