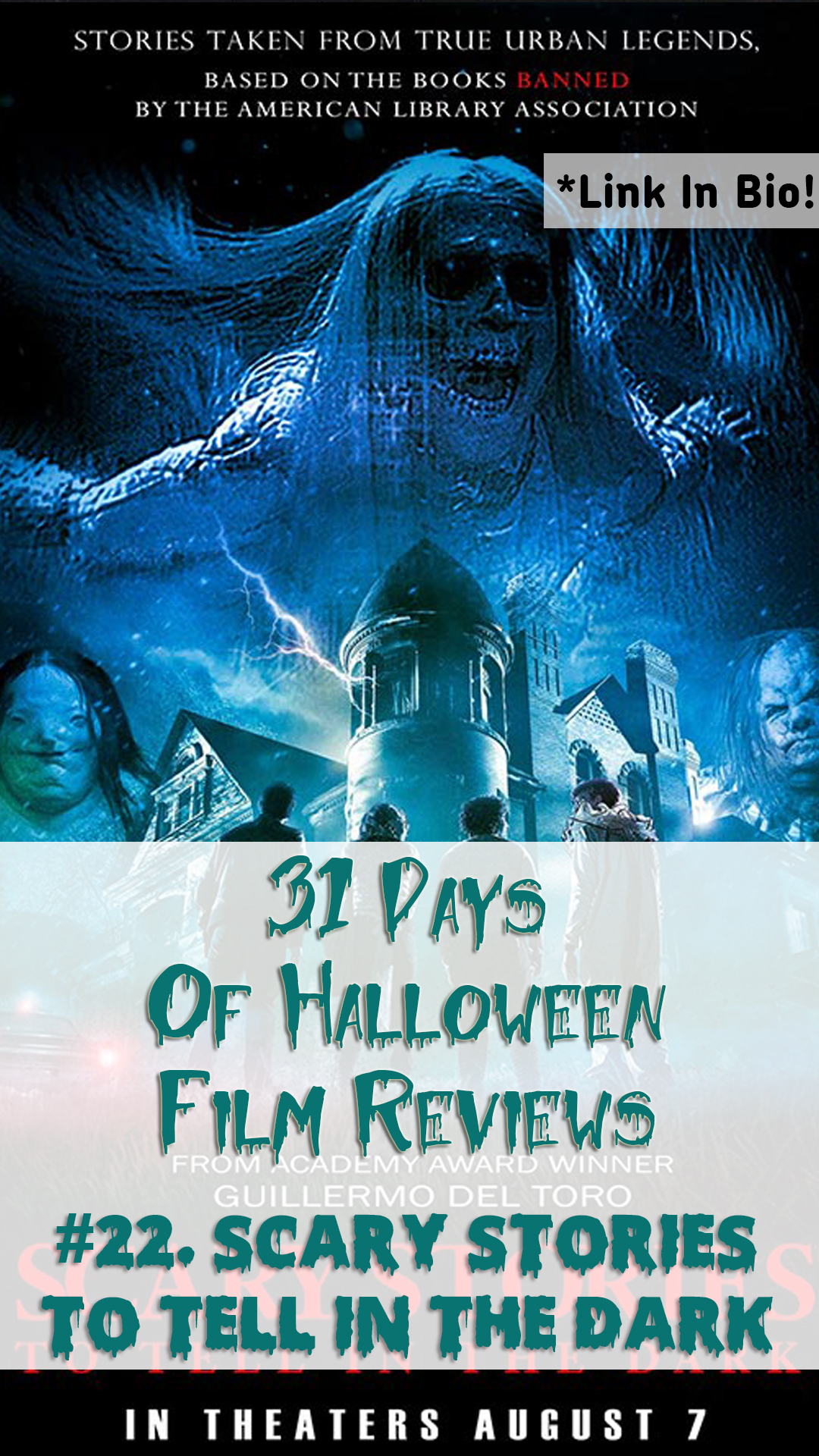 « The Monster Squad
Zombieland: Double Tap »
Katy Whitton https://www.facebook.com/WhatKatyReviewedNext/
2019-22-10GMT+010010:00:40294What Katy RevIewed Next
This review is part of the 31 Films For Halloween Series The film opens in Mill Valley, it’s Halloween in 1968 at he height of the Vietnam war. The local jocks (read bullies) are stoked that...

Scary Stories To Tell In The Dark Movie Review 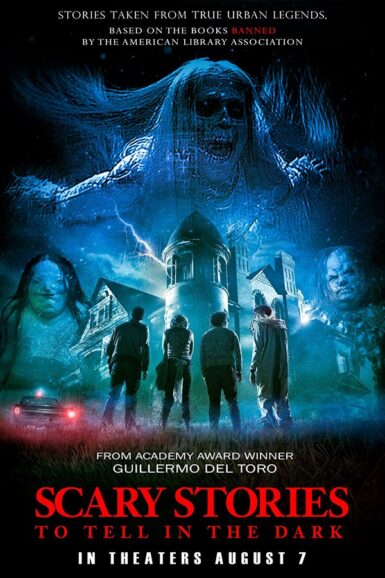 Overview: This review is part of the 31 Films For Halloween Series The film opens in Mill Valley, it’s Halloween in 1968 at he height of the Vietnam war. The local jocks (read bullies) are stoked that they’ve all just enlisted in the army and are going off to fight the evil Vietnamese and they take […]

The film opens in Mill Valley, it’s Halloween in 1968 at he height of the Vietnam war.

The local jocks (read bullies) are stoked that they’ve all just enlisted in the army and are going off to fight the evil Vietnamese and they take their pent-up testosterone out on a scarecrow called Harold by battering it with a baseball bat.

The kids of the local town are getting ready for their evening. School friends Stella, Auggie and Chuck are trick or treating – with a twist.

It turns out that they’re being picked on by the local jocks – especially Tommy – and know that they will have their Halloween candy stolen so they put foul smelling stuff in a bag which the jocks grab instead, the kids egg the bullies car and throw a burning bag of poo through the car window. Nice.

The car crashes while Tommy is trying to put the burning poop bag out which handily landed on his lap and the trio of teens runs off to the local drive-in movie theatre when they hide in a car owned by newcomer Ramone. The bullies track them down but are shoo’d off by the theatre owner.

Stella and Ramone have a bit of a connection so she asks him to ditch the movie (Night of the living dead) and join them in visiting a haunted house. He agrees and it’s probably the worst decision of his life.

The house is your stereotypical haunted venue: an imposing outlook, boards on the windows and doors, and a dubious past. When Ramone asks (sensibly) why it’s not a more popular venue on a night like Halloween he’s told that after a kid went missing and the place was boarded up everyone steers clear of the house. Surely that’s a massive red flaggy alarm bell, right? Well, apparently it’s not red-flagging alarm-belly enough as the four of them decide to break in and explore, I mean what could possibly go wrong?

The house belonged to the Bellows family and the daughter was locked away from everyone, not even a portrait or picture of her was ever hung in the house or found in local records. Sarah told local kids stories through the walls, these kids then went missing or died. An angry mob gathered blaming Sarah for the dead and missing children and Sarah hanged herself in shame. Stella tells Ramone that if you go to the house at dark and ask Sarah to tell you a story it will be the last story you hear. Ramone’s spooked and Stella laughs – finally a “muuhahahahah: laugh in a horror film!

Stella and Ramone find secret passage which leads to the room Sarah was imprisoned in, meanwhile Chuck finds a bedroom fully lit by lamps and candles with an old lady and a dog sitting in it even though the house is deserted. Shit’s gonna get real y’all.

Stella finds Sarah’s book of scary stories, allegedly written in the blood of the children she killed. While they’re looking at the book local bully Tommy locks them in Sarah’s room. Chuck’s sister Ruth (Tommy’s girlfriend) tries to let them out but Tommy shoves her into the room and locks her in too.

The door is mysteriously opened and when they leave Tommy has trashed Ramone’s car so Stella invites him to stay with her so he can get his car fixed the following day.

Stella has taken Sarah’s book of stories with her and she starts to flick through it. There are titles such as “The Attic” and “The Cats Paw” and she gets half-way through but the stories stop. Flipping back a page, she notices the title of the story is called “Harold” and as she runs her fingers across it the ink smears – it’s still wet!

We then cut to Tommy who’s driven home to his farm, the wind starts to get up and we see Harold’s scarecrow hair start to move. Stella’s reading the “Harold” story and she’s describing exactly what Tommy is doing – the question is, is the book coming up with the story or is the story being generated because Stella is reading it?

Of course, nothing good can come of this: bully in a cornfield with a scarecrow is not going to end up in a nice game of kiss chase now, is it and in an ironic twist of fate Tommy is turned into a scarecrow – a figure that he’s despised and hated for so long.

Stella is convinced that the story is telling them what happened to Tommy but Auggie is cynical and thinks Tommy probably just went off to ‘Nam early to “shoot some Commies”. Stella returns the book to Sarah’s house (just to be on the safe side) but when Ramone comes around to her house later he finds the book back on Stella’s bookshelf. She opens the book and it starts to write a story all on its own. She rips pages out but the story continues to write in the book.

As she and Ramone read the words on the page they see Auggie’s name mentioned and try to warn him that a toeless woman is after him. He doens’t believe them at first but after a series of events he knows that they’re telling the truth.

This sets the stage for a series of terrifying events based on Sarah’s stories that are being written in her book. Anyone can seemingly be the subject and no-one knows who will be next until the words hit the page and the name is revealed.

There’s quite an interesting plot twist at the end involving Sarah and her motivations for writing the stories – I won’t spoil it for you but it certainly adds depth to a villian that could have been rather two-dimensional in another film.

It may be because I was streaming this but some parts are so dark, can’t see. You could argue that it’s better things are left to the imagination but it took me out of the film a little bit as I was trying to figure out what was happening to who.

It’s a good film and I would recommend it to both teenagers and adults – it’s probably not suitable for younger children though as there are a couple of scary/gross scenes.

Watch this film if you’ve ever listened to a ghost story around a camp fire and got scared.