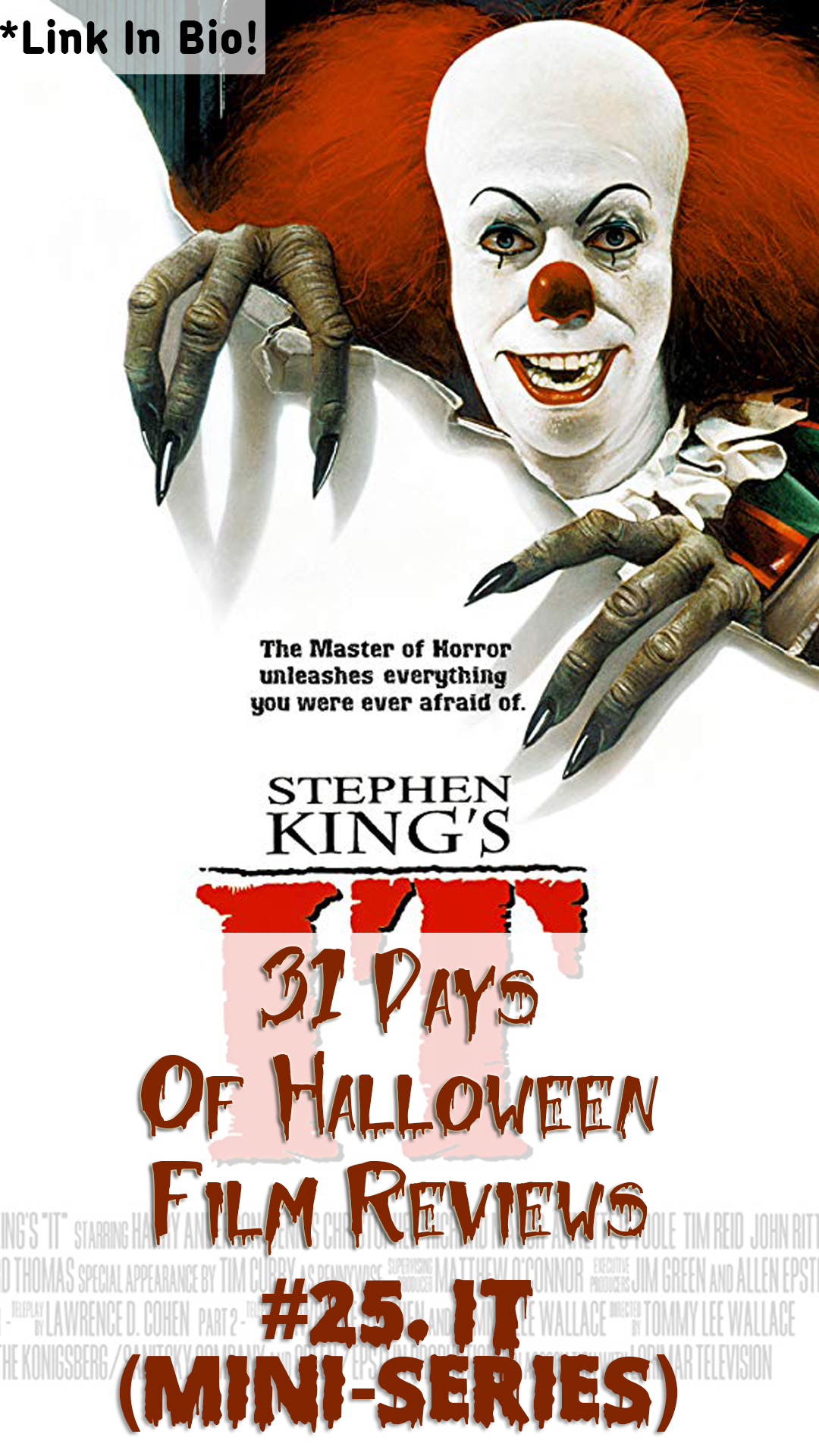 « E.T The Extra-Terrestrial
Frankenweenie »
Katy Whitton https://www.facebook.com/WhatKatyReviewedNext/
2019-24-10GMT+010010:00:50296What Katy RevIewed Next
This review is part of the 31 Films For Halloween Series The collider movie marathon guide suggested that IT: Chapter One should be the installment for today. I was so dissapointed with this take on... 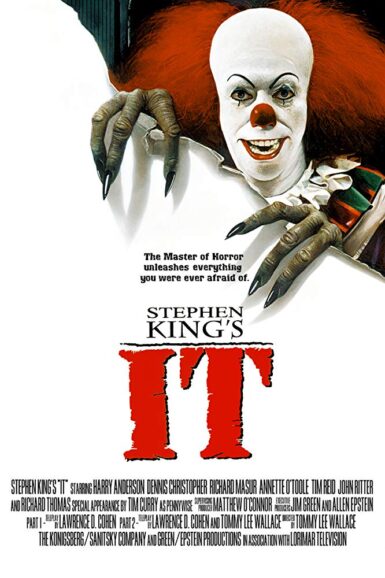 Overview: This review is part of the 31 Films For Halloween Series The collider movie marathon guide suggested that IT: Chapter One should be the installment for today. I was so dissapointed with this take on what is a great story that I decided to swap it out and review the TV Mini Series instead. So, […]

The collider movie marathon guide suggested that IT: Chapter One should be the installment for today. I was so dissapointed with this take on what is a great story that I decided to swap it out and review the TV Mini Series instead.

So, you may argue that a TV mini-series has no place in a film review list but, as they split the new IT movie into 2 parts making it a film mini-series, I don’t care.

Before we begin, a bit of background. I love Stephen King’s books. From a young age I would devour them, even though I was well out of the target market range for his books. I was probably around 11 when I first read IT; I was well above the average reading level for my age (ooh, okay big head!) and had been reading adult books for a while. My Mum (who had little time for age-related suitability) suggested I started reading Steven King and after reading “Carrie”, I was hooked reading everything by him I could get my hands on.

The problem was – in my eyes and a lot of other reviewers – that while Mr King was a master at putting down words on paper, generating worlds and real characters out of them, when these ideas, thoughts and feelings where translated to the screen they seemed to fail miserably (with the notable exception of Carrie in my humble opinion).

Part of the problem with turning a Stephen King novel into film was that you couldn’t realistically do that in an hour and forty minutes and expect to convey all of the storyline, emotion and feelings in such a short space of time. That’s why making IT a 2-part TV mini-series of around an hour and a half each made complete sense and is what made it work (and still work today).

The mini-series is more faithful to the book as well, the recent movie version took quite a lot of licence with the source material, re-arranging the timeline to suit its own way of storytelling and narrative which I think ruined to film a bit.

The story starts with a guy named Mike, he’s in a town called Derry and it’s your usual quiet town until a small girl turns up dead. Mike realises that something dodgy is going on and starts to contact his childhood friends: he’s calling in a promise they made 30 years ago and he needs them to act on it now, even if they can’t remember why they made it.

The phone calls Mike makes are cut so we see the adult character talking to him and then, once they remember the pact and the promise, we go back to their childhood and see how they relate to each other.

A young Bill, ill in bed, makes a paper boat for his brother George. It’s raining heavily outside and George wants to sail the boat down the gutters. He goes outside and his little paper boat is sucked into a storm drain and, in one of the most iconic sequences in film history, Pennywise The Clown (A.K.A “IT”) appears and drags George down the drain.

While the modern version of IT: Chapter One may be more graphic and gory in terms of George’s abduction, I like the way the mini-series handles it. There’s no blood, guts or gore; George could still be alive and trapped for all we know which makes sense when Bill starts to see him later in the film.

Ben remembers being bullied, building a damn and a hideout, writing love notes to Beverly.

Beverly remembers being beaten by her father and having her sink explode with blood.

Eddie being attacked by the locker-room showers with Pennywise crawling out of the drain.

Richie being attacked by a werewolf in the janitor’s room.

Stan being almost scared to death by “It” in clown form.

As Children, in the first half of the mini-series, they confront their own fears and join forces to confront the evil “It”. He appears to them as a clown named Pennywise (played wonderfully by Tim Curry) who comes back every 30 years to feast on the souls of Children so he can be sustained.

The kids appear to vanquish him but, as children start to die 30 years on, an adult Mike thinks they may not have quite done the job.

There’s a lot that happens in this TV movie – it’s 3 hours long after all – and I can’t go into great detail here (plus I don’t want to spoil it for you if you’ve not seen it or read the book). The main storyline is about growth and trust – kids growing into adults and learning to trust themselves and each other.

Tim Curry is excellent as Pennywise the clown – if you don’t like clowns seriously don’t watch this movie – he’s kind and caring one minute and downright satanic the next.

I know there’s been a lot of complaints regarding the ending of the mini-series and IT: Chapter Two and I won’t go all “spoiler alert” here but I really suggest you read the book which explains a lot more about the origins of Pennywise, why he looks the way he does and how the kids/adults manage to banish him.

If you have read the novel you may be a bit disappointed that certain plot points or beats a are missing but there’s only so much you can cram into a movie from a book that’s over a thousand pages long (1,138 to be exact)!

Watch this film if you have no fear of clowns and want to look at the deadlights.