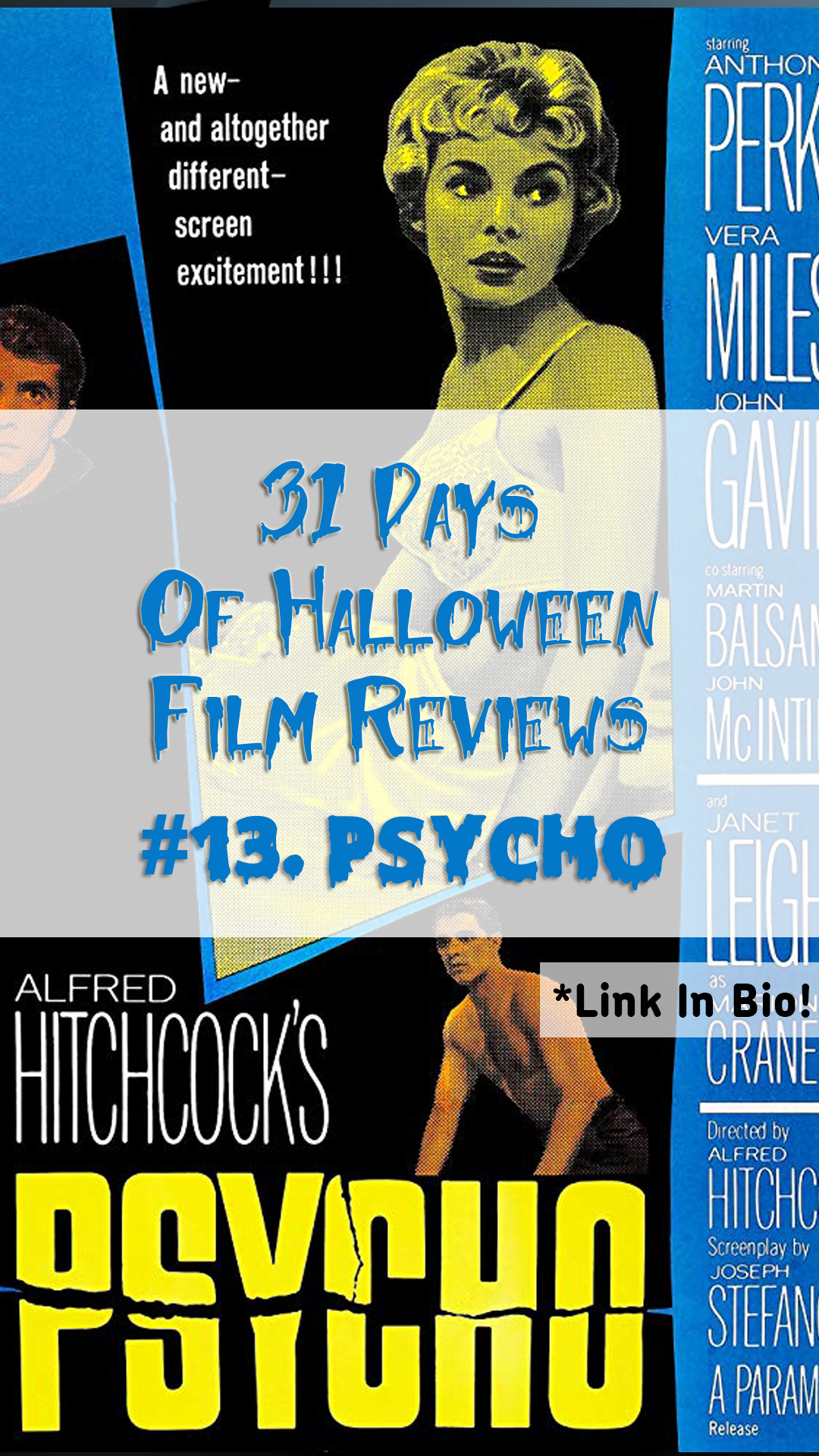 « Halloween III: Season Of The Witch
Casper »
Katy Whitton https://www.facebook.com/WhatKatyReviewedNext/
2019-13-10GMT+010015:22:35285What Katy RevIewed Next
Fed up with not being able to marry her lover due to lack of money, Marion Crane steals money from her employer. On heading over to see him, she's spooked when she sees her boss and heads out of the... 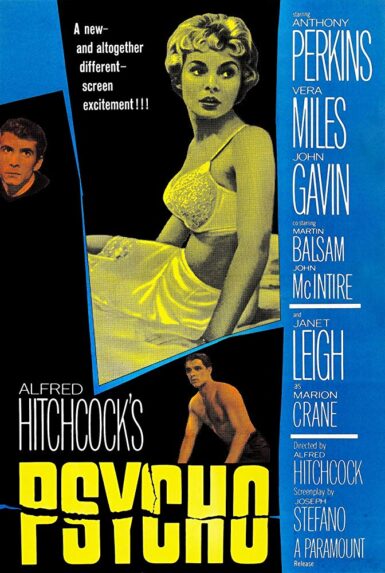 Overview: Fed up with not being able to marry her lover due to lack of money, Marion Crane steals money from her employer. On heading over to see him, she's spooked when she sees her boss and heads out of the city to hide in a ride that will change her life forever.

Psycho is one of those films that you have to watch if you call yourself a film fan. From the opening credits we’re drawn into this film thanks to the wonderful score by Bernard Herrmann, it pulls us into the film with its sense of movement and as the credits continue we become increasingly uneasy and on edge which sets the tone for the rest of the film.

Psycho is based on the novel by Robert Bloch* and is directed by the legendary Alfred Hitchcock. The story follows Marion Crane, a secretary who is secretly seeing a divorced man. Now, I don’t know about you but if a man who doesn’t have a wife and lives on his own wants to hook up in a seedy motel room and won’t refuses to take you out for a meal I’d think that a) he’s a jerk and b) he’s seeing someone else. Marion doesn’t see it this way and is so madly in love with the guy that she rips off her employer so that she and lover-boy can run off together.

Marion was on her way to her lover’s apartment when she sees her boss crossing the street. Freaked out she keeps on driving out of the city and ends up in the middle of nowhere, falling asleep by the side of the road. This arouses the suspicions of a passing cop but Crane manages to fob him off but she realises she need to lay low so she exchanges her car but is super-suspicious while doing so – I mean who doesn’t ask the dealer to throw in at least a set of mats, am I right?

So far, so thriller. “But isn’t this supposed to be a horror?” I hear you cry – we’re getting there!

Marion drives her car in a wonderful sequence that’s just Janet Leigh’s face with voice-overs from various character such as the Policeman, car dealership owner and her boss. From these voices we learn she’s stolen $40,000 (a lot of money back in the 1960s – around $340,000 today) and must have been driving for at least 2 days (Monday is referred to) so she’s covered a lot of ground. Rain starts hammering down and she can’t see to drive so pulls into a motel to wait out the storm. This is where we start to get into the horror territory.

Even if you haven’t seen the film or watched the TV series “Bates Motel*” I’m sure you’ll be familiar with the ominous and imposing house that overlooks the motel which plays as much of a role in the film as any of the characters and just the way it looks makes you realise this isn’t a normal motel.

Norman Bates checks Marion in, he’s a handsome young man and seems to put Marion at ease. He invites her to the house for dinner as it’s still too wet to go out but when he goes up to the house to make dinner Marion hears Norman arguing with his mother who isn’t happy with Norman bringing girls into the house.

Norman brings dinner down to the motel and he and Marion sit in his parlour, surrounded by his taxidermy birds. They seem to have a rapport and have an easy conversation and this is where the infamous line “A boy’s best friend is his mother” is uttered. From this conversation we understand that Norman’s Mother is overbearing and he feels suffocated but can’t leave.

I don’t want to spoil the rest of the film if you’ve not seen it before (and if you haven’t, where on Earth have you been?) but this film contains one of the most iconic scenes and pieces of music ever committed to film. It’s so powerful it’s been copied and parodied countless times.

Janet Leigh was so disturbed by the shower scene in Psycho that she didn’t take a shower for 35 years.

“I stopped taking showers and I take baths, only baths,” she once told The New York Times. The actress had trouble taking a shower even when she spent the night in a friend’s home or in a hotel where there was no bath but only a shower. “I make sure the doors and windows of the house are locked and I leave the bathroom door open and shower curtain open. I’m always facing the door, watching, no matter where the shower head is.”

Not an inch of screen is wasted in this film: everything in it has meaning and subtext. From the way that the house looks like a face glaring down at the motel to the way that the taxidermy birds swoop over Norman like he’s constantly being watched which, in a way, he is.

The film is credited as being the original slasher movie and, while it might not have the gore of its 1970s and 80s counterparts, its certainly shocking.

It’s a slow burner of a film with us not really getting to the “Psycho” part until 47 minutes into the movie but that just adds to the tension of the film. Unlike modern slasher films where everyone is just fodder for the killer, with Psycho we’re made to feel for the characters we meet and this makes what happens to them all the more shocking.

Watch this film if you would like to see a true masterpiece of thriller-horror cinema from one of the best directors of all time.

* Please note this article contains Amazon affiliate links. By clicking these links you will be taken to the Amazon website where, if you make a purchase, we will receive a small commission based on the items you buy

Let us know your thoughts on "Psycho"