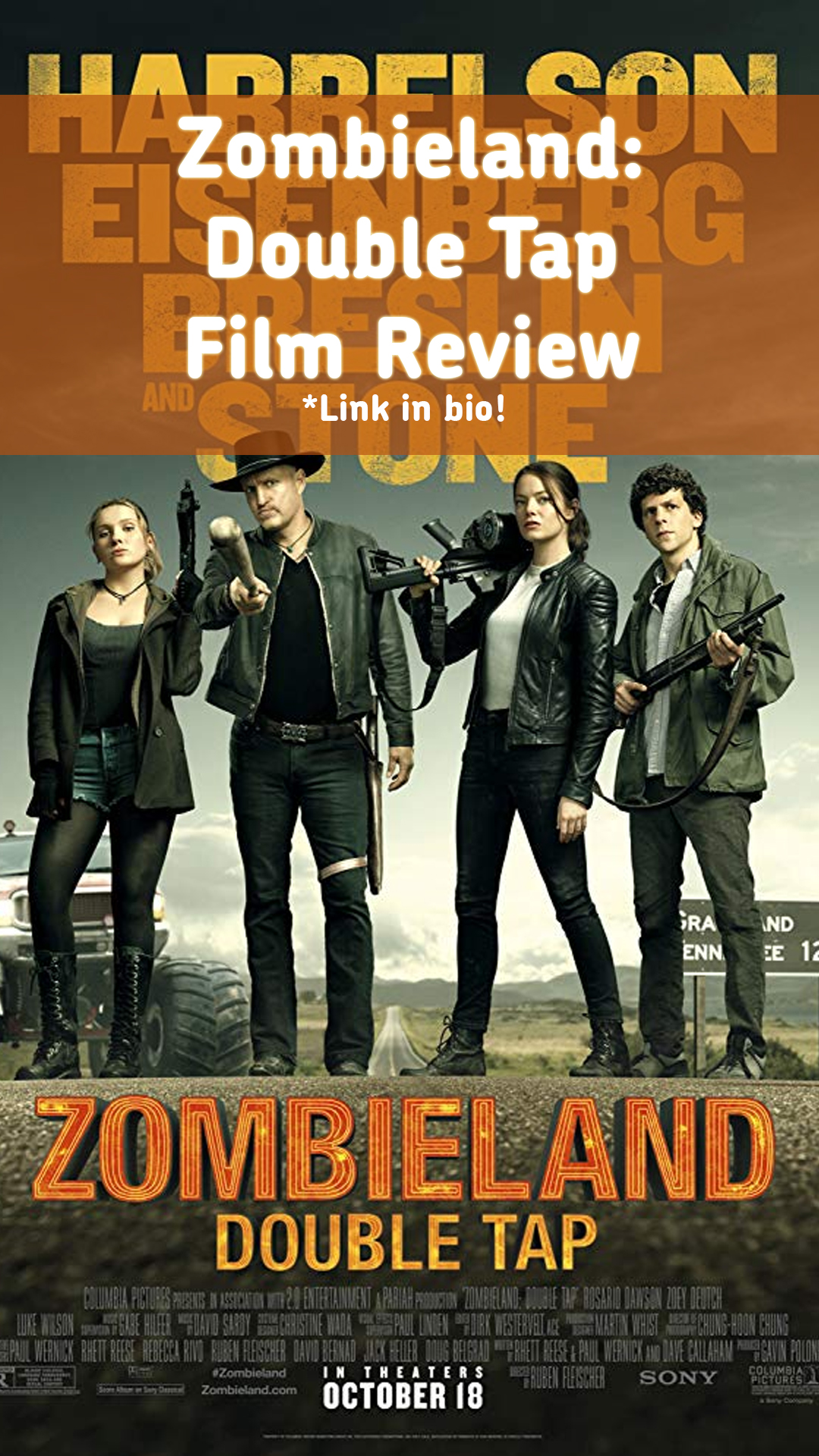 « Scary Stories To Tell In The Dark
The Rocky Horror Picture Show »
Katy Whitton https://www.facebook.com/WhatKatyReviewedNext/
2019-22-10GMT+010022:22:03294What Katy RevIewed Next
Zombieland: Double Tap takes place 10 years after the events in the first film. The gang are still together and are living together as a makeshift family. Restlessness strikes one of the motley crew... 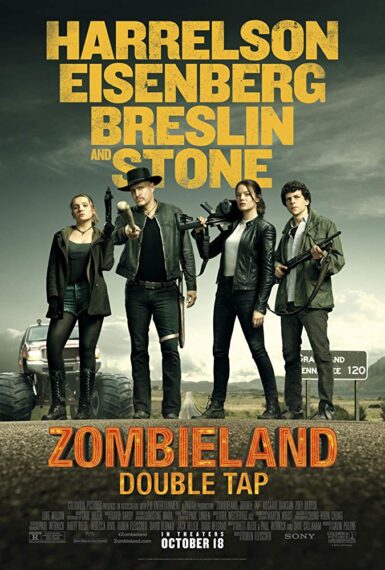 Overview: Zombieland: Double Tap takes place 10 years after the events in the first film. The gang are still together and are living together as a makeshift family. Restlessness strikes one of the motley crew and this film follows their attempts to find them, often with comedic and zombie-brain splattered results.

I hadn’t see Zombieland for a while so I took a look at a couple of recaps on Youtube so I could remind myself of the characters and the ending of the film. In retrospect, it doesn’t matter if you’ve seen Zombieland recently, or at all, this film operates quite well as a standalone film although you’ll miss out on some of the in-jokes and character development.

The film picks up 10 years after the events of the first film. Columbus (Jesse Eisenberg) and Witchita (Emma Stone) are in a relationship that’s in a bit of a rut, Little Rock (Abagail Breslin) is now an adult and is feeling suffocated by Tallahasse (Woody Harleson who really hams it up) but they’re still very much a family unit and one that slays together stays together.

The group decide to set up home in the abandoned and derelict White House and they get there in a scene that is disgustingly funny as they wade through a group of zombies, shooting and hacking their way to the front door of 1600 Pensylvania Avenue.

After being there a few months (and celebrating Christmas on the 17th of November) Little Rock decides she’s had enough and wants to get out to find people her own age (read: boyfriend), Witchita joins her as she’s in a weird place in her relationship with Columbus and the two leave a rubbish note and sneak off without saying goodbye.

This isn’t a typical zombie film (although the ending is rather epic – no spoilers!), it’s no Dawn of The Dead, Walking Dead or even Shaun Of The Dead so don’t go into it thinking that you’ll get wall-to-wall zombie attacks and gore. What you will get is an interesting look into how family doesn’t mean you’re born of the same blood and that home isn’t necessarily a physical place.

One noteable change is that the zombies are evolving into distinct types: the comedic “Homer”, the clever “Hawking” and the new and dangerous “T-800” and these new types are explained in a couple of funny little scenes that show how they operate. Another addition is the “Zombie Kill Of The Year” award – it’s certainly going to take something to top the Italian Guy from Pisa (no spoilers but if you want you can read about it here) but Tallahasse’s determined to give it a go.

The film is short at 1 hour 39 minutes but it definitley packs a lot into that small amount of screen time. Each scene is packed with gags and the plot (not that there’s much of one to be honest) moves along at a fast pace – the film passed my watch test as I was over an hour into it before I checked to see how much time had gone.

I really enjoyed this film and the addition of Madison (played by Zoey Deutch), a valley-style girl who had been hiding in a mall freezer for 10 years, brought in a different type of comedy and dynamic to the film.

Watch this if you want some clever one-liners and sarcastic humour with the added bonus of zombie brains.

Let us know your thoughts on "Zombieland: Double Tap"