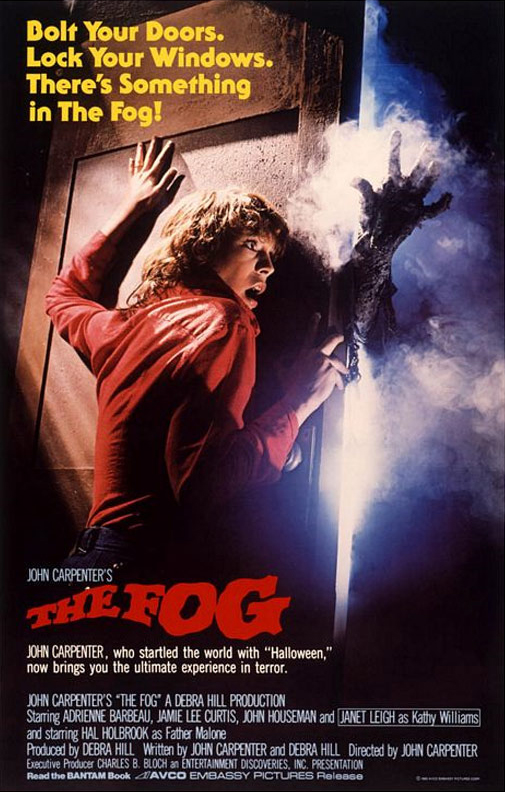 « Bohemian Rhapsody
Assassination Nation »
Katy Whitton https://www.facebook.com/WhatKatyReviewedNext/
2018-09-11GMT+010010:00:50312What Katy RevIewed Next
The town of Antonio Bay is about to pay for the sins of their fathers and as the fogs starts to to roll in the body count... 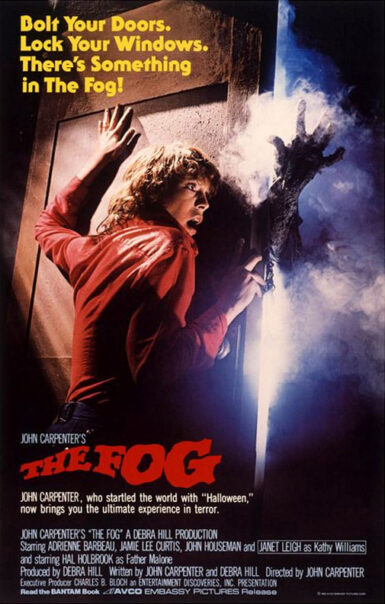 Overview: The town of Antonio Bay is about to pay for the sins of their fathers and as the fogs starts to to roll in the body count rises.

I’m a big fan of John Carpenter’s films – there’s just something about the way that he presents the characters, sets the scenes and provides the music that just draws you in and makes you really invested in what’s happening on the screen.

With Halloween happening just a week ago there’s been a fair few horror films on the television and when I saw that they were showing the 1980 version of The Fog I immediately set the recorder! For those of you who haven’t seen the film here’s a brief synopsis and my review.

The story centres around Antonio Bay, a small seaside town that’s reliant on fishing for its main income. The film opens with a rather drunk sounding sailor recounting the story of the crew of The Elizabeth Dane, a ship that ran aground 100 years previously thanks to a bank of fog and a misplaced camp fire. How this guy is allowed to be in charge of a bunch of kids sitting on a beach at midnight I don’t know but anyway I’m looking at it with post Jimmy Savile lenses and not every weird looking old man hanging around kids is a pervert I guess. Anyway, as his story draws to a close he reveals that the events of the story took place on (duh, duh duuuuuuuh) that very day just as the church clock strikes midnight – what a coincidence!

Side Note: why do events have to happen on an even number of years after like 100? If I were going to come back and haunt a town I’d do it like 37 years later just to confuse the hell out of everyone.

As the title credits roll we’re introduced to the local radio station which only ever seems to play some weird jazz style music. I can understand that Carpenter wouldn’t have wanted to date the movie by the music used in the radio broadcasts (and they used jazz as it was cheaper than rock apparently) but seriously? If my local radio station played that crap I’d either set fire to it or move out of town. Anyway, we then cut to the local church were the town priest is busy getting drunk (I think I see a pattern forming here) when a bit of the wall falls off exposing a hidden journal. We then cut to various locations around the town where weird things start to happen: phones ring, lights turn themselves on, cars start to honk and furniture starts to move around. No one seems to be too bothered by these strange goings on – I guess because they’re all obviously off their face on booze and it’s a normal occurrence for them.

We then cut to Elizabeth (played by Jamie Lee Curtis) who’s hitchhiking and gets picked up by Nick (Tom Atkins) – and guess what? He’s drinking a can of beer! Does this town not have any drinking water? As they’re driving towards town the windows of the truck blow out and yet again they don’t seem to be fussed too much by it. Must be thanks to the Budweiser!

The radio host (still playing weird jazz) Stevie (Adrienne Barbeau) is informed by the local weather service that a fog bank is rolling in so she breaks into her broadcast to notify the Sea Grass, a ship that’s out to sea and full of (you guessed it) drunk sailors.

This part of the film is filmed really well: the fog rolls in and surrounds the sailors and you really feel as though you’re there with them – you can only see what they’re seeing and that’s very limited. The crew of the Sea Grass see a ship and then there are a few shadowy figures but you can’t really make much out which adds to the atmosphere and while this is a horror film I do like the fact that there’s not a huge amount of gore – a lot is left to your own imagination which I find worse than seeing it on screen.

The Fog slowly rolls into town bringing the shadowy figures with it and they end up at Nick’s house – who happens to have taken Elizabeth home with him – banging on the door but just as he’s about to open it he’s distracted by a clock breaking at 1am and the figures and fog disappear.

That’s not the end of it though, as the shadowy figure soon return wanting vengeance. I’m not going to tell you why but it’s not your usual “evil ghost” motivation at work that’s for sure!

The film is cleverly shot and there is quite a lot of suspense thanks to Carpenter’s chilling soundtrack and the fact that the ghosts are shrouded by the fog so the majority of the scary stuff is actually coming from your own imagination.

Apparently several scene were added after test screenings decided that the film wasn’t scary enough. Apparently originally Carpenter was looking for a PG rating but I’m not sure how that would work for a horror film. This film also brought Jamie Lee Curtis and screen legend mother Janet Leigh together for their first acting job together (the only other was Halloween H20 18 years later).

If you’re into gore and obvious horror (as in the Saw movies) then you’ll probably find this rather mundane but if you’re more into psychological horror or a looking for a gentle way to get into horror films then this film is perfect for you. I’d also recommend you watch this version first before watching the 2005 remake which, while it’s good, does twist the original story a bit.

Watch this film if you’re looking for something to view at the witching hour but don’t want to wet your pants.