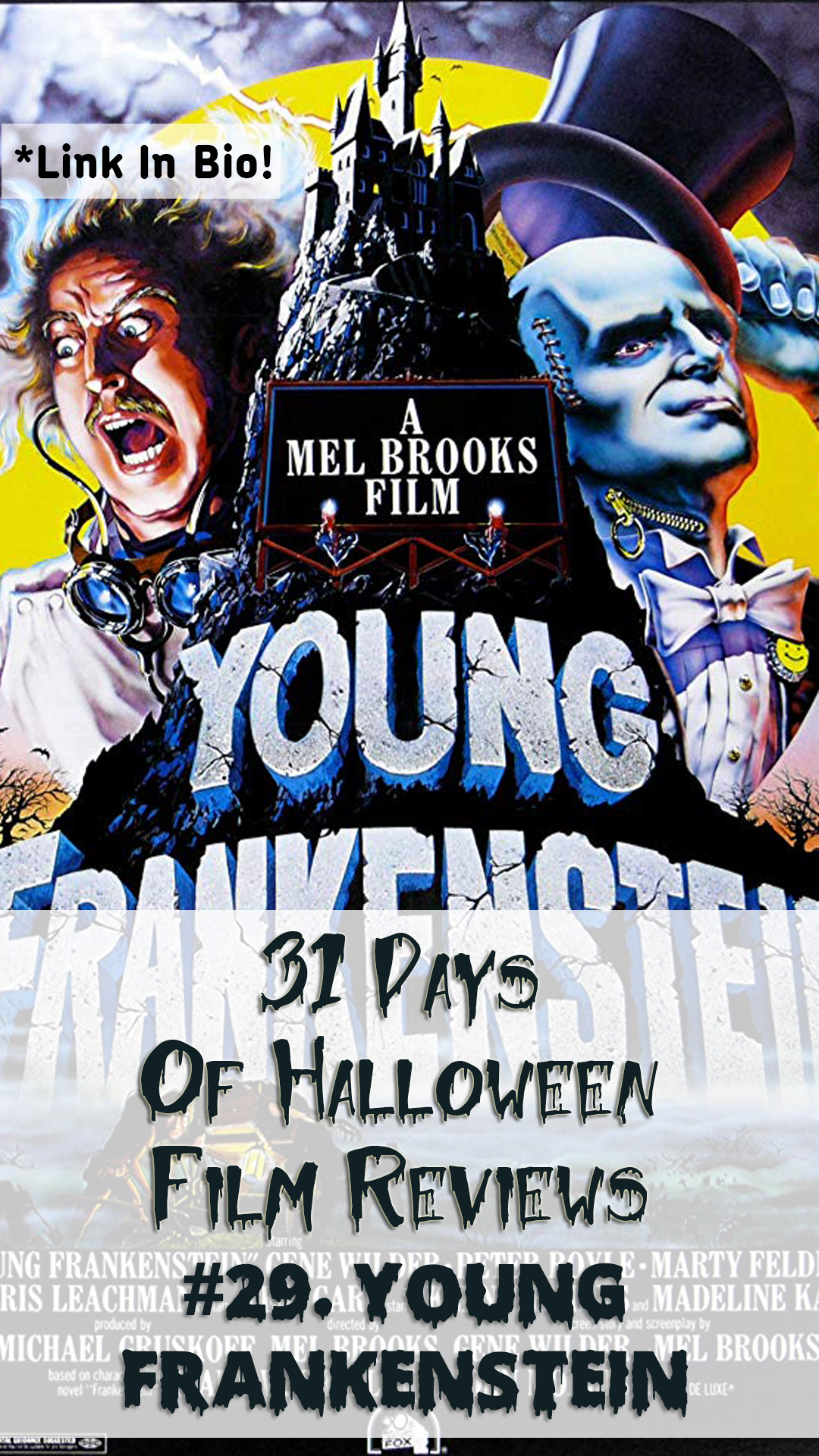 « Halloweentown
Trick ‘r Treat »
Katy Whitton https://www.facebook.com/WhatKatyReviewedNext/
2019-29-10GMT+010010:00:45301What Katy RevIewed Next
An American grandson of the infamous scientist, struggling to prove that his grandfather was not as insane as people believe, is invited to Transylvania when he discovers a... 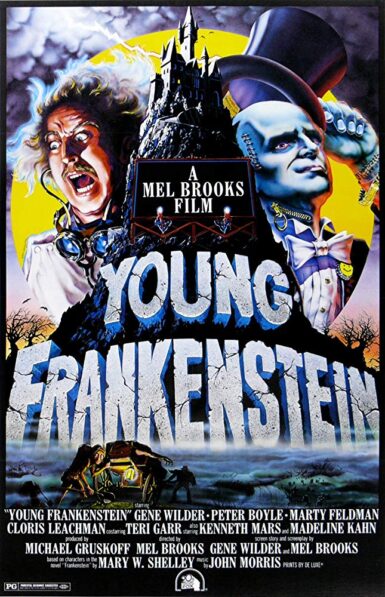 Overview: An American grandson of the infamous scientist, struggling to prove that his grandfather was not as insane as people believe, is invited to Transylvania when he discovers a secret.

Mel Brooks is a bit like Marmite – you either love him or hate him.

I’m firmly in the “love” camp. I find that his films are hilarious and are able to parody their source material brilliantly – often surpassing them in terms of production values, acting and content. Young Frankenstein is no different and is a wonderful take on the black and white horror films of the late 1920s and 1930s.

Dr Frederick Frankenstein, grandson of the mad scientist Victor Frankenstein, is a successful doctor in his own right. He’s trying to distance himself from his famous relative even going as far as pronouncing his surname differently (often with comedic results). He’s drawn back into his family’s past when he inherits his grandfather’s castle in Transylvania, the elder Frankenstein used the castle as his base for research and the younger Frankenstein soon follows in Grampy’s footsteps.

Aided by assistants Igor and Inga who come with the castle, Frankenstein tries to recreate his grandfather’s work by reanimating a corpse – all he needs are the body parts and a bit of lightning and he’s good to go.

Of course, it’s not that simple and after a mishap involving Igor mixing up brains Frankenstein’s re-animated corpse doesn’t turn out to be the masterpiece he had hoped.

The Creature manages to escape from the castle and wanders around the countryside where his has humourous encounters with a young girl and a blind hermit (Gene Hackman in a very funny turn). Frankenstein manages to recapture The Creature and trains him in rudimentary manners, this culminates in the pair putting on a show in the local town (it wouldn’t be a Mel Brooks film without a musical number) which goes wrong and The Creature goes on the rampage again.

There’s a love story going on while this is all happening and I don’t want to spoil the plot twist and they payoff at the end of the film – it is highly amusing though and worth watching the film for these final scenes alone.

The film’s a PG now (it was a 15 when it was first released at the cinema) and while it is okay for younger kids to watch there are some scenes that have sexual content so you may want to think about showing very young children the film. Saying that though, there’s nothing overt so older kids will be fine and will probably really enjoy this film as it appeals to many ages on many levels.

Watch this film if you have a hankering for nostalgic horror films but also fancy a bit of humour and music thrown in too.