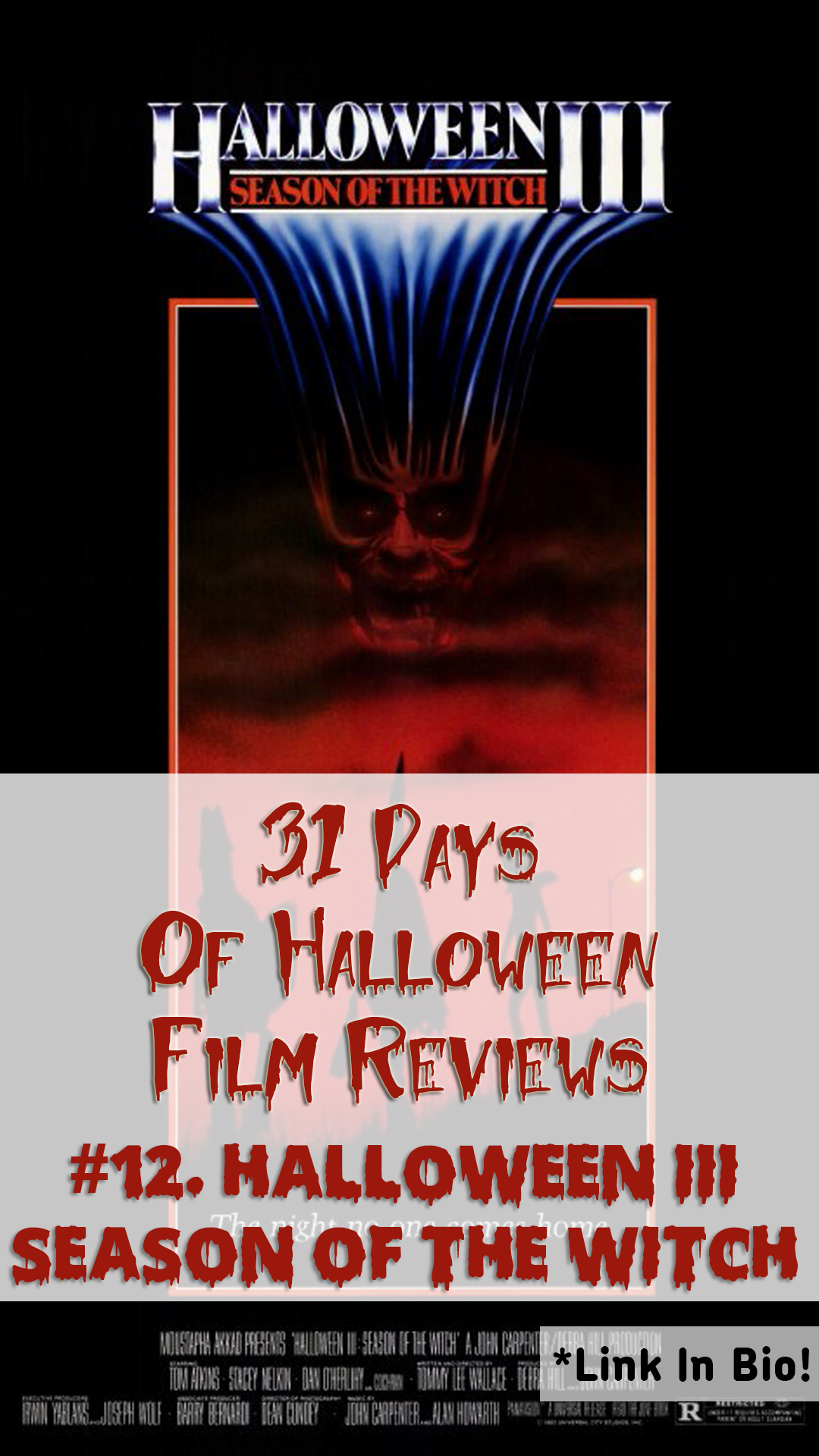 « The Nightmare Before Christmas
Psycho »
Katy Whitton https://www.facebook.com/WhatKatyReviewedNext/
2019-12-10GMT+01001:07:41284What Katy RevIewed Next
Halloween III: Season of the witch is a standalone Halloween-themed horror film from producer John Carpenter. It follows Dr Challis and Ellie as they try to uncover the details of her father's death... 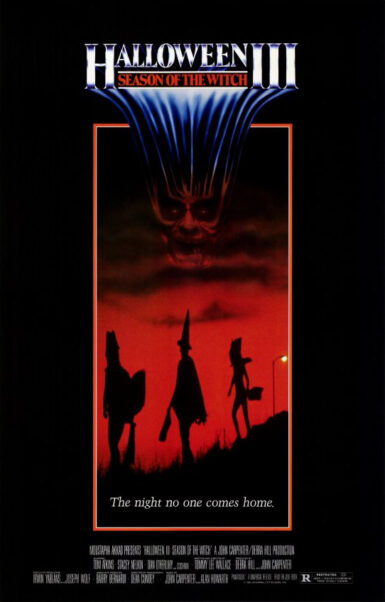 Overview: Halloween III: Season of the witch is a standalone Halloween-themed horror film from producer John Carpenter. It follows Dr Challis and Ellie as they try to uncover the details of her father's death and end up being dragged into a sinister plot to take Halloween back to its darkest roots.

While Halloween III: Season Of The Witch is produced by John Carpenter (who also provides some of the music) and Deborah Hill there’s no Michael Myers (apart from a TV ad advertising the film which was quite meta before meta was even a thing) or Laurie Strode so don’t get your hopes up too much on that front!

The film is basically cashing in on the Halloween name and the plot has nothing at all to do with the events in the previous two films. As a result you can walk into this without knowing any of the Myers backstory and enjoy this film for the weird and wild ride that it is.

The film starts in Northern California, a week before Halloween. John Carpenter’s creepy synth music lets us know that there’s something dodgy going on (although it was highly reminiscent of the Escape from New York soundtrack and I kept expecting Snake Pliskin to pop up) and sure enough a man is being followed and is attacked but manages to escape by causing the most unconvincing death scene ever – all it needed was a Wilhelm Scream and it would have been perfect.

At this point we don’t know why the guy was being chased as we cut to a creepy commercial for Silver Shamrock Novelties, which advertises their masks (they’re frightening, they’re fun, they glow in the dark!) with a terribly annoying jingle – it will get stuck in your head, sorry. The guy from the previous scene appears clutching a pumpkin mask whispering “they’re coming” – ah, the mysterious “they” who are everywhere and nowhere in all films ever.

We then meet Dr. Dan Challis, a drunk doctor who’s separated from his wife (presumably due to his drinking) and his two kids. He buys them cheap plastic masks but the Mum has already got them Silver Shamrock masks which they proudly show off while singing that annoying jingle. Drunk Doc is called to the hospital to take a look at the man from the first scene and he’s shoehorned into the “they” conspiracy after the whispering guy is murdered at the hospital by having his skull ripped apart, I mean it’s a hospital so get him to OD on some drugs or smother him with a pillow or something, crushing a skull is a bit obvious it wasn’t a natural death. The man who did the skull crushing calmly walks out of the hospital, gets into his car, covers himself in what looks like vodka (what a waste) and sets himself on fire. Well, that’s karma for you!

Ellie Grimbridge, daughter of skull-crush man, finds the Doctor in a bar (surprise) and wants to know if her father had said anything before he died. She’s been investigating his actions before his death and the last place he had been was to the Silver Shamrock manufacturing plant to pick up more stock. Ellie says that she’s not leaving town until she knows why her father was killed so she and the good Doc (six-pack of beer in hand, obviously) head over to the Shamrock site to find answers. They stay in a local hotel and that’s where things start to get really odd, a local drunk has his head ripped off, a woman has her face lasered off and Sloshed Doc and Ellie start to realise that something really isn’t right (duh).

I don’t want to go into too much more detail here as I don’t want to ruin the exceptionally WTF ending to this movie – I mean, I was left with my jaw hanging open the first time I saw this film and even on a re-watch I’m wondering what on Earth they were smoking when they came up with the final act.

This isn’t a bad film by any means, and I think in a way it’s hampered by the Halloween moniker attached to it, it would have made a perfectly acceptable standalone movie but John Carpenter had plans for an anthology series based around Halloween. Halloween III was actually supposed to be Halloween 2 with a new film released each year but the massive success of the 1978 OG meant that a sequel featuring Myers was always on the cards shifting the anthology plan out of sync. When Halloween III tanked at the box office due to a lack of Myers’ appearance Carpenter went back to what worked and the franchise continued albeit in a different form than he originally intended.

Watch this film if you want to be completely confused for the first hour and then sit there slack-jawed thinking “What the actual….” for the last 30 minutes.

Let us know your thoughts on "Halloween III: Season Of The Witch"