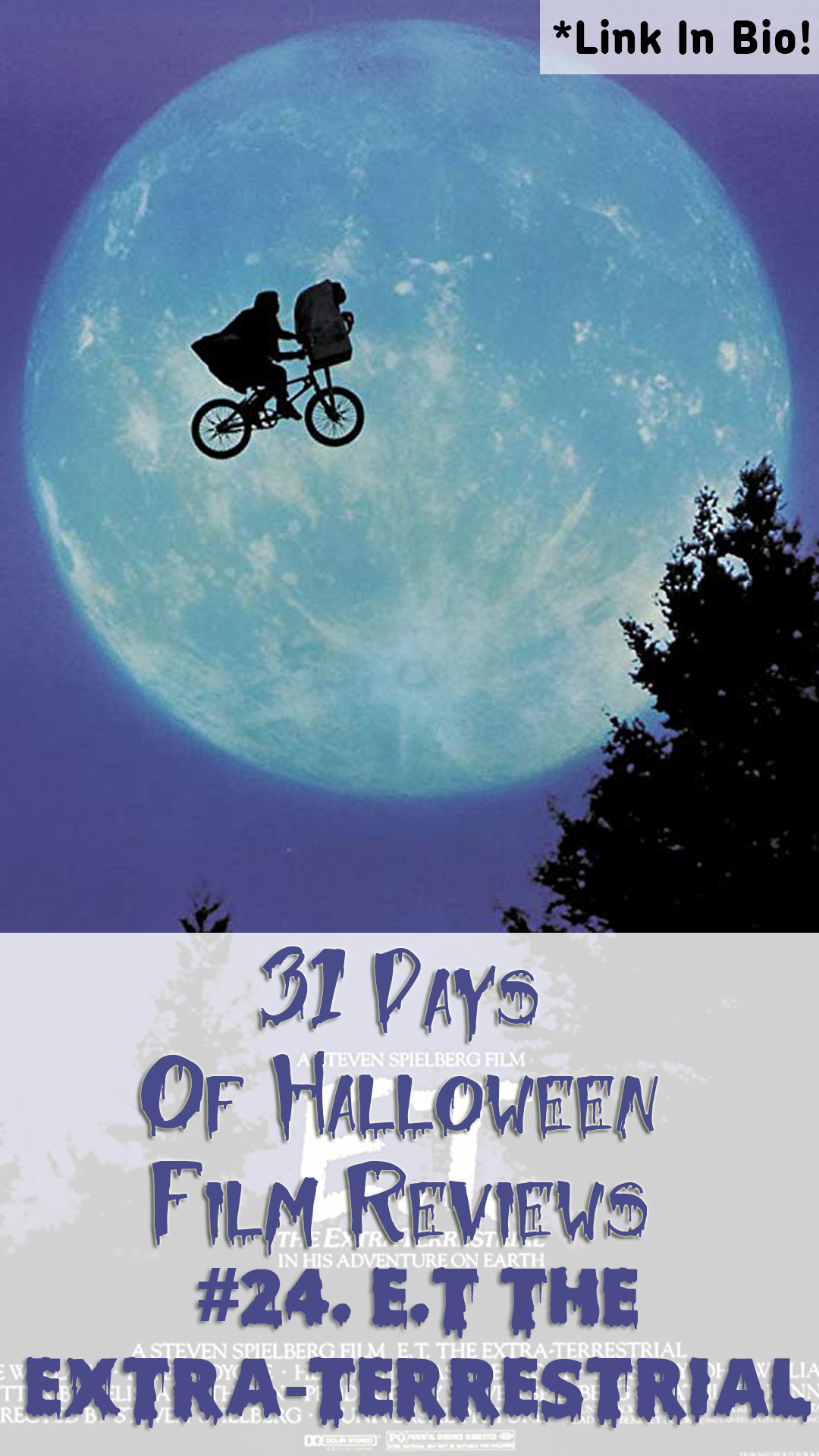 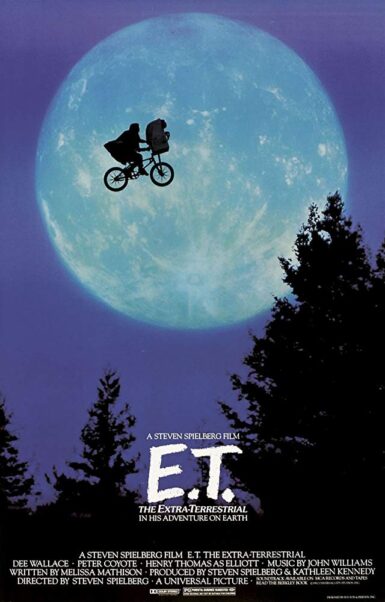 Overview: This review is part of the 31 Films For Halloween Series Where do I start with E.T? I mean, it’s one of the most iconic and loved films of all time and to try an do it justice in a 500 (ish) word review…? I don’t know if I can do that! E.T is an […]

Where do I start with E.T? I mean, it’s one of the most iconic and loved films of all time and to try an do it justice in a 500 (ish) word review…? I don’t know if I can do that!

A young boy named Elliot (Henry Thomas) hears some strange noises coming from his back yard but his family don’t listen to his fears so he (naturally) goes looking on his own to see what’s making the noise. He stumbles across E.T in his shed and lures him back to the house using candy (because all human food is suitable for aliens, especially those high in sugar, right?)

When Elliot’s finally able to get E.T back to his house, he hides him in his closet (not a metaphor I swear) and over the next few days the pair build up a strong emotional bond, learn about each other and generally goof off.

Elliot’s older brother, Michael (Robert MacNaughton), and younger sister, Gertie (Drew Barrymore), help Elliot hide E.T and then get him to the woods so that he can “phone home”. There’s a problem though, the longer E.T spends away from his own kind, the sicker he gets and due to the bond that he and Elliot have, Elliot’s now getting sick too.

Of course the evil Government stick their oar in and, instead of helping E.T they want to experiment on him. There’s a heart-rending scene where E.T’s dying and all he wants to do is be with Elliot but he’s surrounded by guys in HAZMAT suits. He’s from a race of botanists, a creature that’s one with nature and he’s had all of that ripped from him in this chemically sealed environment and even though he’s just a puppet (late spoiler alert, sorry) you really feel for the pain and suffering he’s going through.

Long story short, the neighbourhood kids rally around to help Elliot escape, save E.T and return him to his family.

This is an awesome film. I remember seeing when I was really young (I may have seen it at the cinema but I’d have only been 5 and a bit so it was probably rented on VHS) and bawling my eyes out when E.T and Elliot get sick. Everytime I watch it I still cry at that scene.

When I bought the DVD recently the guy in HMV told me it was a good choice, I told him I was only buying it because it was a “classic” and I needed it for my collection but I’d probably never watch it because I’d cry too much – talk about oversharing, but he did agree it was a difficult film to watch.

There isn’t much of a plot: Alien stuck on Earth, alien befriends boy, evil officials come after alien, boy and friends help alien to escape.

This film was rated a U which surprised me as there’s a couple of scenes in it that, even as an adult, I find a bit unnerving so I wouldn’t recommend it to super-young kids.

Watch this film if you need to cry and can’t or you’re feeling rather cynical and need your faith in humanity restored.