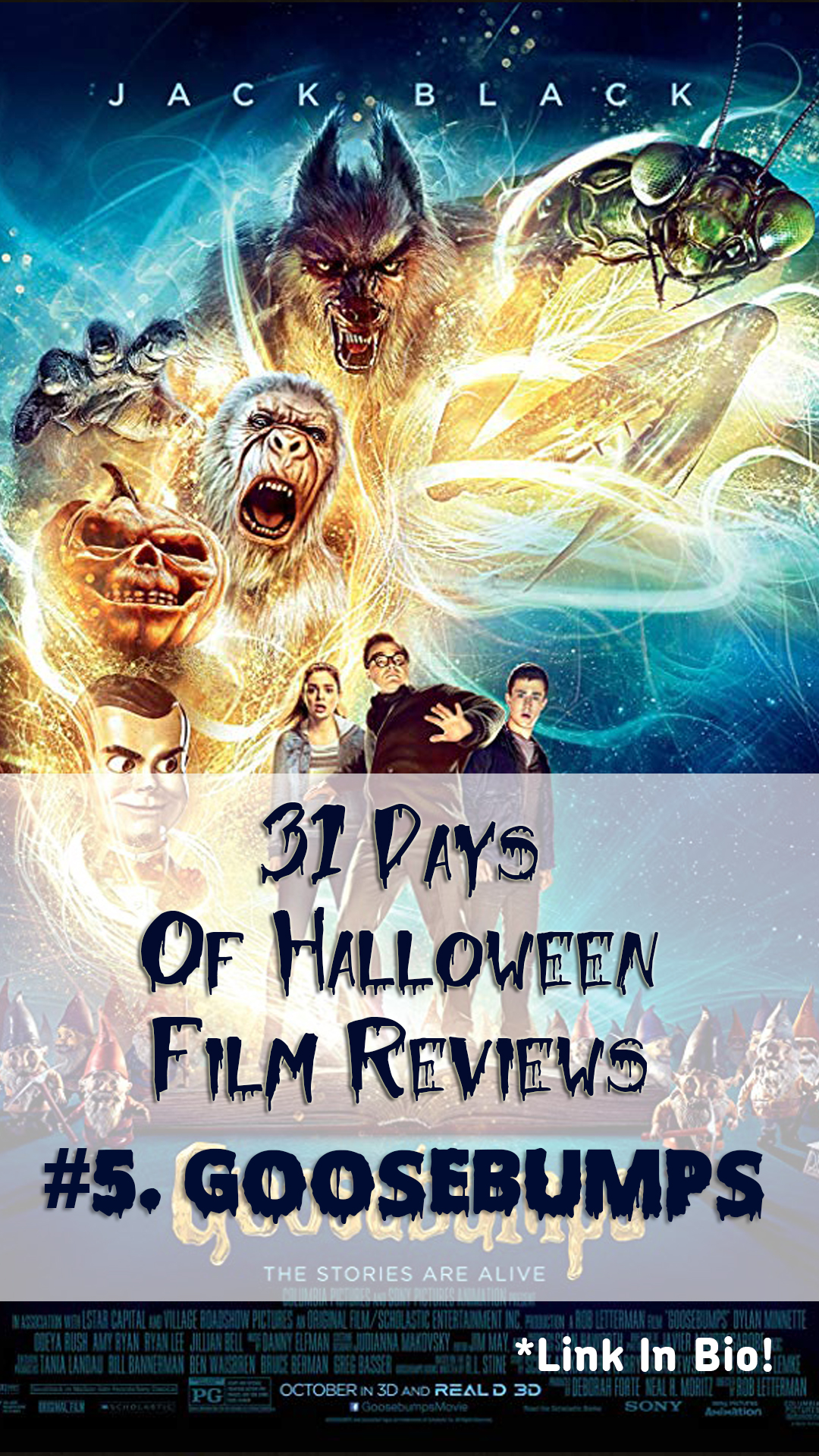 « Scream
What We Do In The Shadows »
Katy Whitton https://www.facebook.com/WhatKatyReviewedNext/
2019-05-10GMT+010018:08:25277What Katy RevIewed Next
Goosebumps follows Zach, a high school kid who is moving from New York to small town America following the death of his father. He accidentally unleashes a horde of monsters on the town after opening... 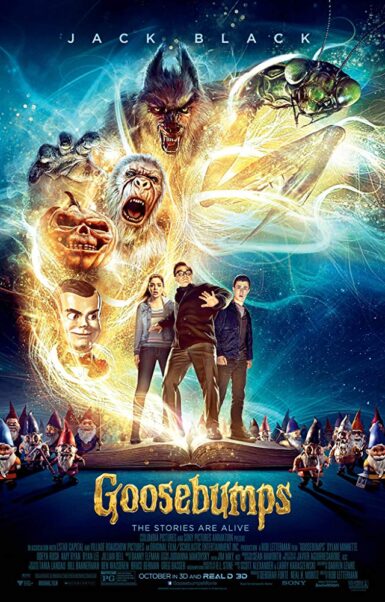 Overview: Goosebumps follows Zach, a high school kid who is moving from New York to small town America following the death of his father. He accidentally unleashes a horde of monsters on the town after opening a book that he should have left alone.

For those of you who aren’t twelve, Goosebumps is a series of 62 (yes, sixty two!) books that featured child characters in mildly scary situations. The series was first started in 1992 so it was a bit late for me to read although I was aware of the titles thanks to the eye-catching covers I would see in the bookstores.

Goosebumps follows Zach, a high school kid who is moving from New York to small town America following the death of his father. He’s introduced to his reclusive next door neighbour Hannah, her controlling and odd-ball father and high school geek Champ.

After breaking in to Hannah’s house to check that she’s okay, Zach and Champ find a bookshelf filled with locked books by the author R.L Stine (a rather over-the-top Jack Black). Zack unlocks a book titled “The Abominable Snowman Of Pasadena” and all of a sudden a giant Yeti creature appears and reeks havoc in an ice-skating rink.

After sucking the Abominable Snowman back into its book, Stine reveals that he was a lonely child that came up with a variety of monsters to scare his childhood bullies, as time went on his monster became real and the only way to keep them under control is to lock them back in the books that he wrote.

Stine decides that he and his daughter Hannah need to leave town, but before they can escape another one of Stine’s creations escapes their book – Slappy the ventriloquist’s dummy (also voiced by Jack Black).

Slappy releases all of the creatures from Stine’s books, allowing them to rampage through the town. He then burns all of the books in order to prevent Stine from recapturing them. It’s now up to Zack, Hannah and Champ to save the town from evil gnomes, aliens, werewolves, a giant praying mantis and Slappy (amongst others).

There isn’t much of a storyline to this film, it’s pretty much monster, love interest, monster, bit of comedy, monster, ending, but then there doesn’t really need to be much of a plot as it is aimed at a rather young audience (probably why the scares are pretty limited too).

The special effects are pretty average too, considering the film is only 4 years old the creature effects look quite dated and a bit ropey and as a result the film is let down by this quite a lot.

Jack Black’s performance is also a little odd, I’m not sure what he’s trying to convey with his character and I don’t know if it’s because he’s playing Stine and voicing Slappy the dummy but there’s just something in his performance that seems a little “off: – I can’t quite put my finger on what’s wrong with it so if you can explain it to me, drop a comment below!

All that being said, it’s not a bad film, it’s just not overly good – but then I’m not the intended target market so I’m probably missing the point.

Watch this film if you’re going to be doing something else but would like some noise the background,

Let us know your thoughts on "Goosebumps"