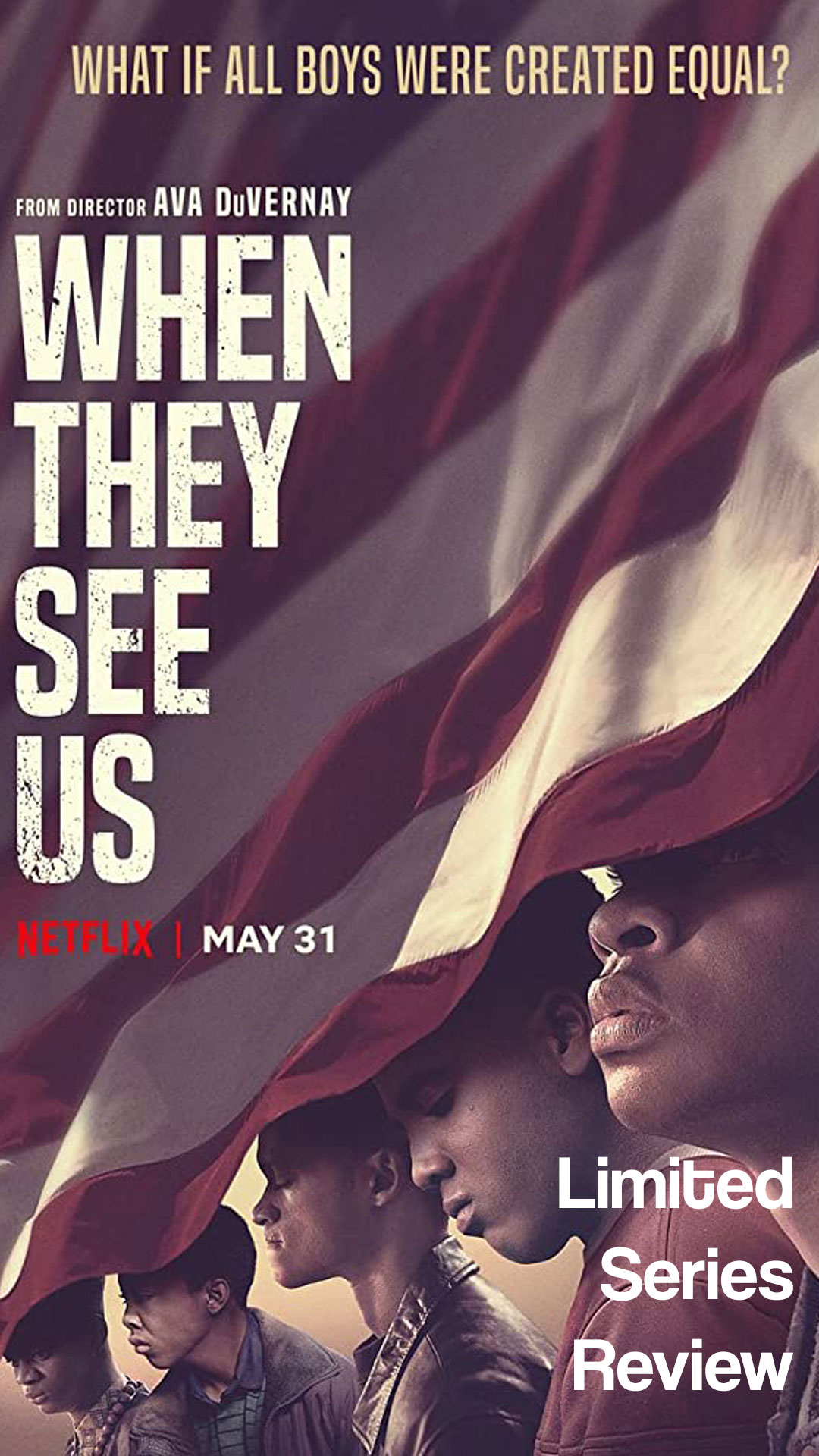 « Dollface
The Rig »
Katy Whitton https://www.facebook.com/WhatKatyReviewedNext/
2020-07-06GMT+010019:35:16158What Katy RevIewed Next
When They See Us is the harrowing tale of 5 black New York teens who are arrested and wrongfully convicted of the rape of a white woman. They system is stacked against them as they fight for...

When They See Us TV Show Review 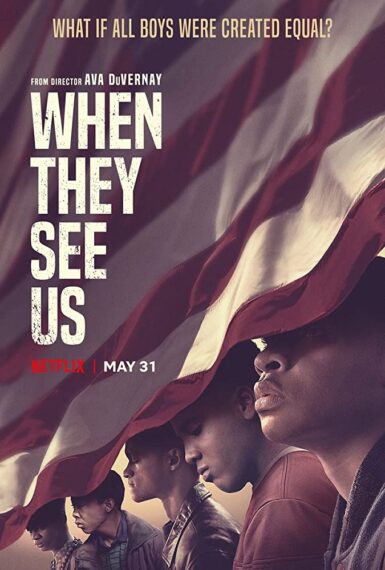 Overview: When They See Us is the harrowing tale of 5 black New York teens who are arrested and wrongfully convicted of the rape of a white woman. They system is stacked against them as they fight for justice

If you needed proof of how inherently racist the American “Justice” system is (not that you should in light of current world events) then you need to watch “When They See Us“.

Based on true events, the story of “When They See Us” starts in 1989 and centres around the brutal beating and rape of 28 year old Trisha Meili in Central Park, New York.

The police investigating the case initially look at the crime as being conducted by a lone male (the victim has no recollection of the attack at all – she can’t even remember being in the park that night) but when they hear that a group of black youths were “Wilding” in the park that night, their investigation swiftly shifts focus from a lone assailant to the group of kids.

Setting out a timeline of events based on eye witness reports, the police realise that the kids couldn’t have been at the site of the rape at the time they think it occurred so they begin to change the narrative and massage the evidence in order to fit it to their suspects.

Having received some tip-offs the police begin to round up their “suspects”, who are a group of kids aged 14 to 16, putting them in custody without reading them their miranda rights, notifying their parents, providing an appropriate adult or legal counsel and forcing them to go without food, water or toilet breaks.

What ensues is a brutal series of interviews where false confessions are coerced from the kids who are basically forced to say whatever the police want them to, blaming each other for the attack – even though they don’t know each other (and one wasn’t even in the park that night).

It’s horrifying to watch – especially knowing that this is all happening in a country that declares itself the “Greatest Democracy In The World” (spoiler alert: it’s not, Norway is) and puts great pride it the consitution that enshrines the rights of its citizens – unless they happen to be non-white of course.

The District Attorney’s office proceeded with the prosecution despite acknowledging coerced confessions, evidence that didn’t add up, no DNA evidence to tie them to the scene and contradicting reports from police officers and in two separate trials in 1990 all five were convicted.

The media had a field day with the case and, ever one to jump on a bandwagon for publicity, even Donald Trump (then a mere property developer rather than President) chimed in on the 1st May 1989 splashing out $85,000 for a set of full page adverts in the The New York Times, The Daily News, The New York Post and New York Newsday. 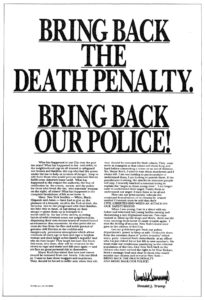 And if that doesn’t tell you everything you need to know about the so-called “Leader Of The Free World”” then I’m sorry, you’re obviously as racist and bigoted as he is.

Fortunately, there is a happy ending to the story. In 2002 Matias Reyes confessed to the crime and was found to be a DNA match to the evidence found at the scene. The original investigating District Attorney (who by this time was a semi-successful crime novelist), Linda Fairstein, was insistent that the Five were still guilty and that Reyes must have been the sixth member of the group. Luckily, the new D.A didn’t see the case this way and the Central Park Five were exonerated of all charges and received $41 million in restitution payments.

In 2002, Linda Fairstein left the District Attorney’s office (there is no reason given as to why but given the timing I think we can all guess) and after the release of “When They See Us” in Fairstein was dropped by her publishers and forced to resign from the boards of a variety of organisations – shame.

While I’m sure that there are some aspects of this limited series that take artistic licence with the whole truth, there is no denying the huge miscarriage of justice that happened – and don’t forget this didn’t happen in a third-world country run by some tin-pot dictator (ahem), and it didn’t happen that long ago in the grand scheme of things either.

The 4 episodes are beautifully shot, and the way that they show time progressing (albeit slowly) for the five boys, showing how they become men is very well done. The series captures the feeling of the late Eighties, Nineties and early two thousands and transports you back there which really helps immerse you in the story.

The five lead actors – both as teens and as grown men – give hugely impressive performances and the director, Ava Duvernay (director of the documentary “13th” which I’ll be reviewing shortly), coaxes out superbly nuanced performances from all of them.

The series highlights the disparity, prejudice and intolerance Black Americans face every single day of their lives just because of how they look – something they’re still facing thirty years later.

Watch this if you want to better understand why people are saying “Black Lives Matter” and not “All Live Matter” – remember, for all live to matter, Black Lives have to Matter too.