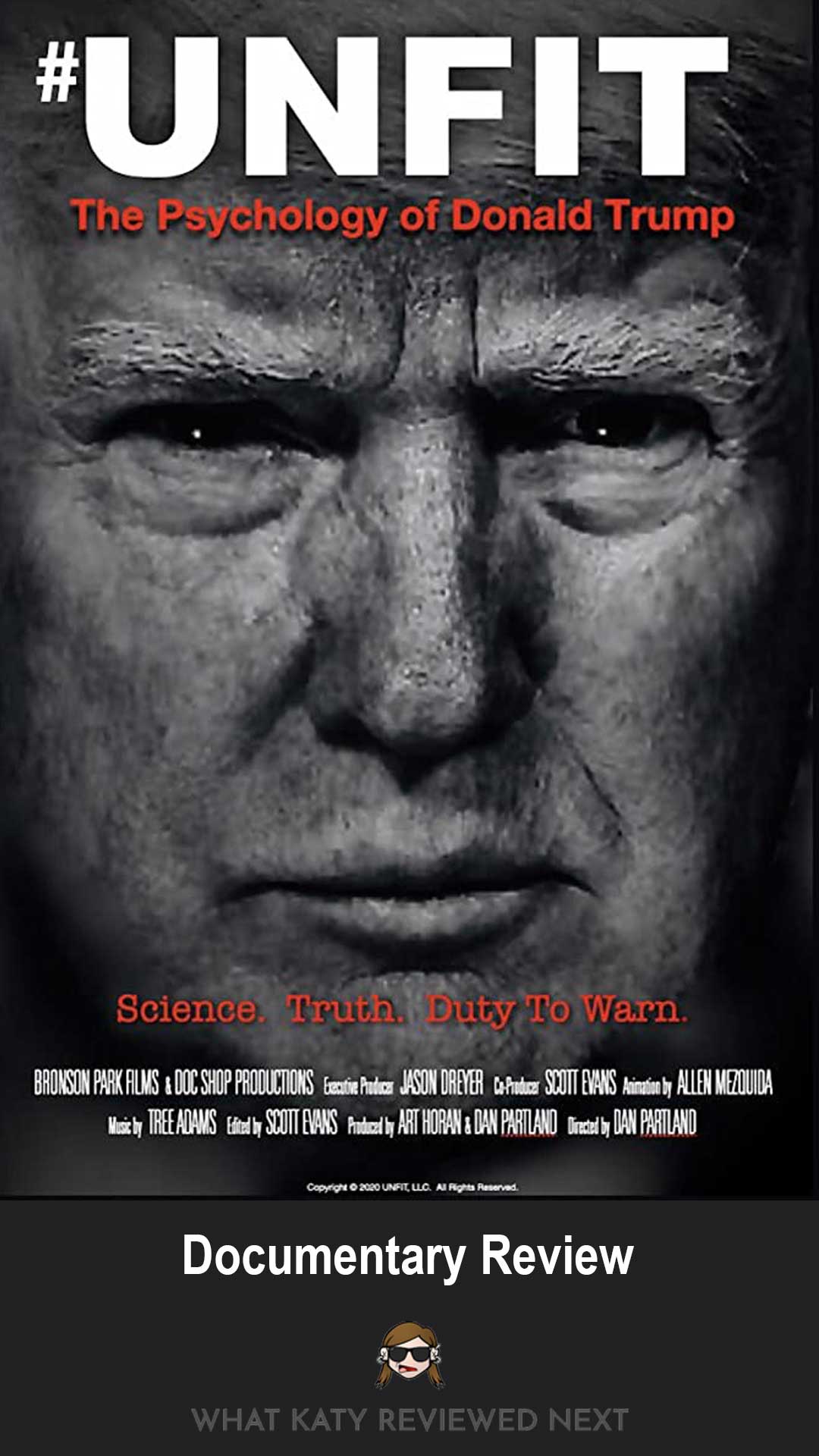 « 13th
Bill & Ted Face The Music »
Katy Whitton https://www.facebook.com/WhatKatyReviewedNext/
2020-05-09GMT+010020:13:43248What Katy RevIewed Next
Donald Trump is perhaps the most divisive President in the history of America. In this documentary, a panel of psychologists attempts to understand what's going on in the mind of Donald... 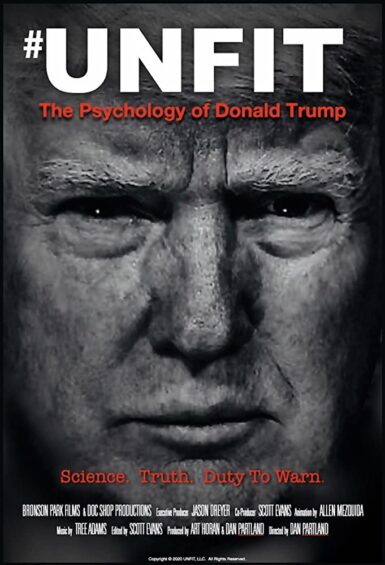 Overview: Donald Trump is perhaps the most divisive President in the history of America. In this documentary, a panel of psychologists attempts to understand what's going on in the mind of Donald Trump.

As America moves towards perhaps the most important election in living memory there has been a lot of talk surrounding Donald Trump and his suitability to remain in office.

From slurred speech, making up words, wobbles to mystery trips to hospital, there has been speculation around the President’s health. But something else has also come under the spotlight: his mental capacity to continue as “leader of The Free World”™.

Trump’s niece, Mary Trump, alluded to Donald’s mental impairments in her book “*Too Much And Never Enough: How my family created the world’s most dangerous man” where she states “A case could be made that he also meets the criteria for antisocial personality disorder” (page 13) – bear in mind that Mary is a clinical psychologist so this diagnosis is worrying.

And that’s what the documentary “#Unfit” centres around: Is Donald Trump mentally fit to serve as the Commander In Chief?

The documentary opens with a monologue about the training and barrage of psychological tests a soldier needs to go through in order to merely guard a truck that may at some point in the future contain nuclear weapons. The President does not need to go through any sort of testing as it’s thought that the public voting for him (or her) determins whether that person is fit to hold office and therefore have their finger on the big red button.

We then move to the first day of Trump’s presidency, Sean Spicer (who will forever be Melissa McCarthey in my eyes) tells the press to stop lying in their coverage of the innaguration and that the crowds present where the “biggest ever seen” (spolier: they weren’t). This simple act set the tone for the next 4 years of Trump’s reign: ignore the truth, massage the figures, present everything as “alternative facts” (thanks Kellyanne Conway for this marvelous phrase) and anything that doesn’t fit the narrative is “Fake News”.

George Conway (Kellyanne’s husband) pops up to tell us that “Donald Trump is like a practicle joke that got out of hand”. And he’s not wrong.

The documentary introduces a panel of psychologists, clinicians, historians and a military expert who look at the various aspects of Trump’s presidency from a psychological and historical point of view. They cover a much discussed ruling that Psychologists shouldn’t diagnose a patient without interviewing them first – something know as the “Goldwater Ruling”.

Barry Goldwater was an American politician who ran for president in 1964. A magazine called Fact published a poll of psychologists asking whether Goldwater was fit to be president – the majority of them said he wasn’t and suffered from a variety of psychological afflictions. Goldwater sued the magazine and won, the American Psychiatric Association then brought in the Goldwater ruling which states “that it is unethical for psychiatrists to give a professional opinion about public figures whom they have not examined in person, and from whom they have not obtained consent to discuss their mental health in public statements”.

So, how can we have a panel of Psychologists on a film discussing Trump’s mental health when they’re breaking their governing body’s ruling? There are (according to the psychologists) two mitigating factor: Firstly the Tarasoff Act which holds that if a person is going to do harm to another then confidentiality does not apply and the Psychologist has a duty of care to protect the person in danger. Secondly, there is so much information available about Trump’s state of mind – the endless tweet storms, interviews, his own books, books by others etc. that they don’t have to sit down with him, his mental state is on display for all to see.

After they’ve explained why they can and should discuss Trump’s mental state they then go into detail regarding their diagnosis and this is backed up by tweets, interviews or statistics (Trump has released 19,127 false or misleading statements since his inauguration – WTF?). They break down each facet of the disorder they’ve diagnosed him with and it really makes for worrying viewing.

They also bring in a couple of historians who discuss the rise of fascism in Italy and Germany in the early 20th century and I have to say the parallels with Trump’s America are truly terrifying.

While the documentary does have George Conway (who almost worked for the Department of Justice) and Anthony Scaramucci (who served only 10 days as White House Communications Director), it’s a bit light on what I would call current “credible” sources that are close to Trump in the White House that can corroborate what the Psychologists are saying – although I have to say it’s pretty clear from the T.V interviews that Trump does that their analysis is pretty much on the mark.

This documentary is put together incredibly well, the experts put across their fidings in easy to understand language that’s fully backed up by evidence which shows that Trump is, in fact, a danger to Americans and not fit to hold office. The one problem with this documentary – and they almost admit it themselves – is that it’s not going to be watched by the people who need to see it the most: The MAGA hat wearing Cult-Of-Trump members as he’s successfully gaslit them into believing anyone against him is against them and America.

And that’s a real shame because they need to see this film in order to have their eyes opened to what’s really going on behind the closed doors of the White House.

Visit the #Unfit Documentary’s website for details on where you can watch (I watched on FandangoNOW).

Watch this film if you can’t believe what the Orange Man is doing and want to understand why he’s a derranged as he is.

Let us know your thoughts on "#Unfit: The Psychology Of Donald Trump"