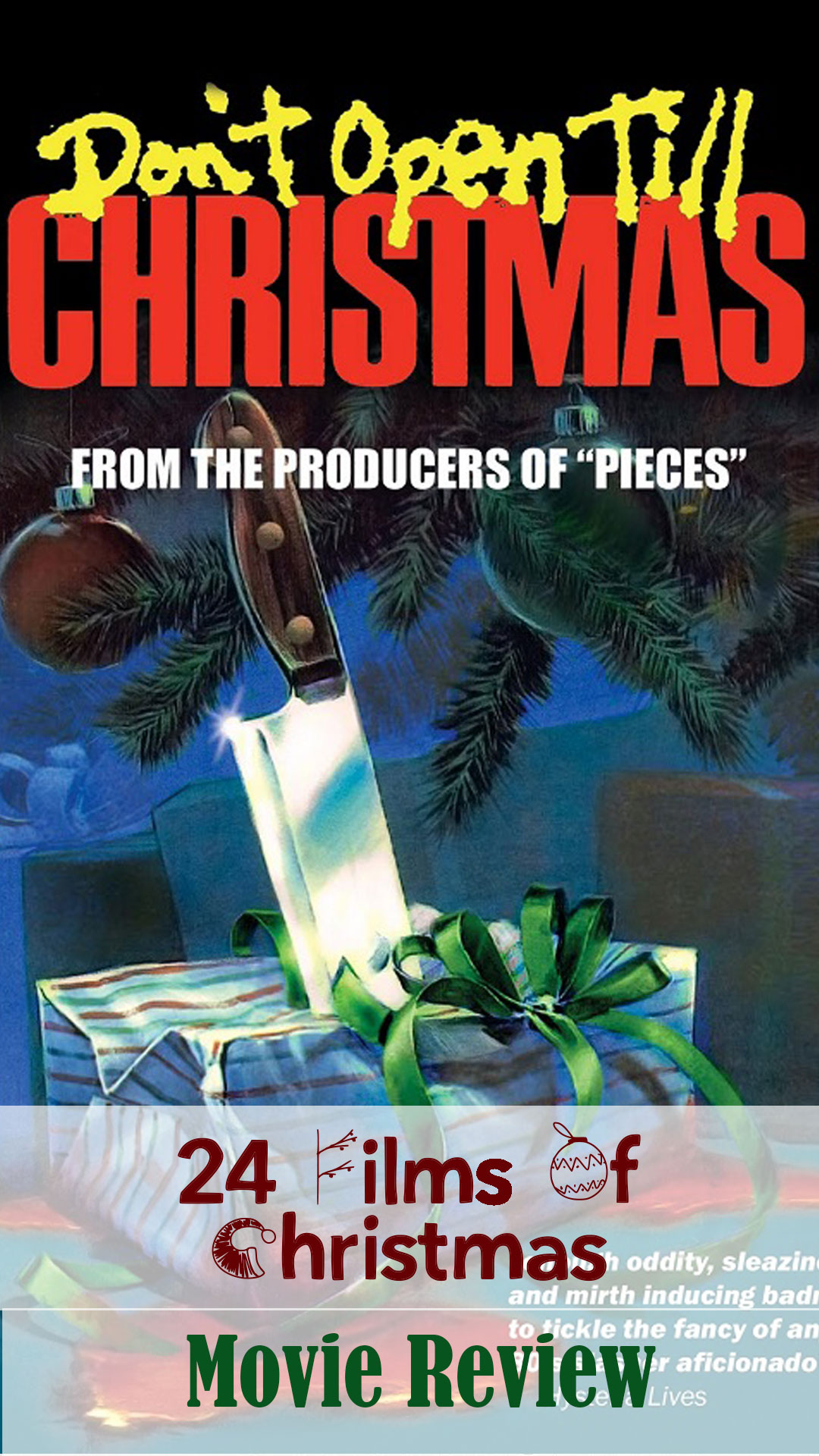 « A Christmas Horror Story
Silent Night, Deadly Night Part 2 »
Katy Whitton https://www.facebook.com/WhatKatyReviewedNext/
2019-06-12GMT+010010:00:00339What Katy RevIewed Next
It's the Christmas period and in London a killer is on the loose and he's set of killing everyone he can find in a Santa... 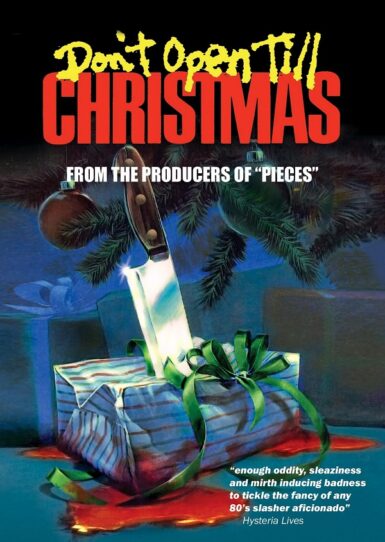 Overview: It's the Christmas period and in London a killer is on the loose and he's set of killing everyone he can find in a Santa suit.

Don’t Open Till Christmas starts of in very familiar slasher territory, we have the killers P.O.V and heavy breathing, a couple making out in a car, a couple of deaths and some terrible over acting. We then cut to a Christmas party, Santa’s getting ready to dish out presents while a figure that looks like the grim reaper is lurking in the crowd (how no one notices him I’m not sure). The next thing we know Santa’s got a spear through his head – yes, a flipping spear!

The film follows Kate (Belinda Mayne) whose Dad was the Santa that was stuck with a spear. She’s obviously emotionally traumatised but her acting is so wooden it’s hard to tell. Kate lives with a guy named Cliff (Gerry Sundquist) who’s a bit of a dick (he tries to get Kate to take part in a topless photoshoot for fifty quid, as you do) but it’s unclear whether they are actually a couple or just roommates (great writing!) After several more murders, Cliff becomes police suspect number one because…. well, there are only 3 male characters in this film that aren’t police so it had to be one of them.

After her father’s murder, Kate meets with Inspector Ian Harris (Edmund Purdom, also the film’s director) and takes an odd fascination to him even going as far to check out his identity which turns out to be false. This immediately leads her to believe he’s the killer and she manages to convince Harris’ partner to keep an eye on him.

This of course is yet another red herring. It’s completely obvious from the outset who the murderer is as the actor does nothing to disguise the fact that he’s a complete psycho so any suspense that there may have been is lost immediately.

Speaking of the murders, there are quite a few and while they’re not particularly well executed from a filming point of view (definitely ketchup instead of blood in a couple of scenes) they do feature kills that are quite inventive (one Santa gets set on fire while roasting chestnuts and another is castrated in the toilet of a club). The problem is, none of them are seasonal which is a real shame. Although the killer is targeting people dressed as Santa as he hates Christmas, it would have been more in keeping to have some form of Christmassy element to them and it’s a missed opportunity in my mind.

There are a couple of tiny twists in the film which are a nice touch but unfortunately it’s a bit “too little, too late” in order to save this film from it’s extremely low budget (during a stabbing scene you can hear the spring of the fake knife squeaking) and poor performances.

Is this film a Christmas film? It’s a firm no from me. While the killer may target people in Santa costumes (and who knew so many people in London like to dress as Santa?) it could easily have been people in tuxedos or camo trousers. You could take this film and drop it into any part of the year and it would play out. Also, as I mentioned before, there are no seasonally themed murders it’s all just stabby stabby stabby with the occasional quirky kill thrown in to spice things up.

It’s a shame this film is so bad – especially as the trailer proclaims it’s “from the people who brought you Friday The 13th (although I can’t see how as they share no common crew or even production companies). The interesting thing is that this film is set in London which is unusal for this type of film but as pretty much everything is set at night, in the police offices or Kate’s flat you don’t really get to see anything of it and (save for the scene at the London Dungeon) the film could have been set anywhere in the world so even the location fails to set it apart.

I may have been a bit harsh with my review, I mean this film is very much a product of it’s time. It was made in 1983 and released in 1984 and is a time capsule of everything slasher films were during this period. That being said, the poor performances and cheesy killing scenes knock a fair few stars off it’s final score.

Watch this film if you’ve ever had one of those fake retractable toy knives and are nostalgic to hear the squeaky spring sounds again.