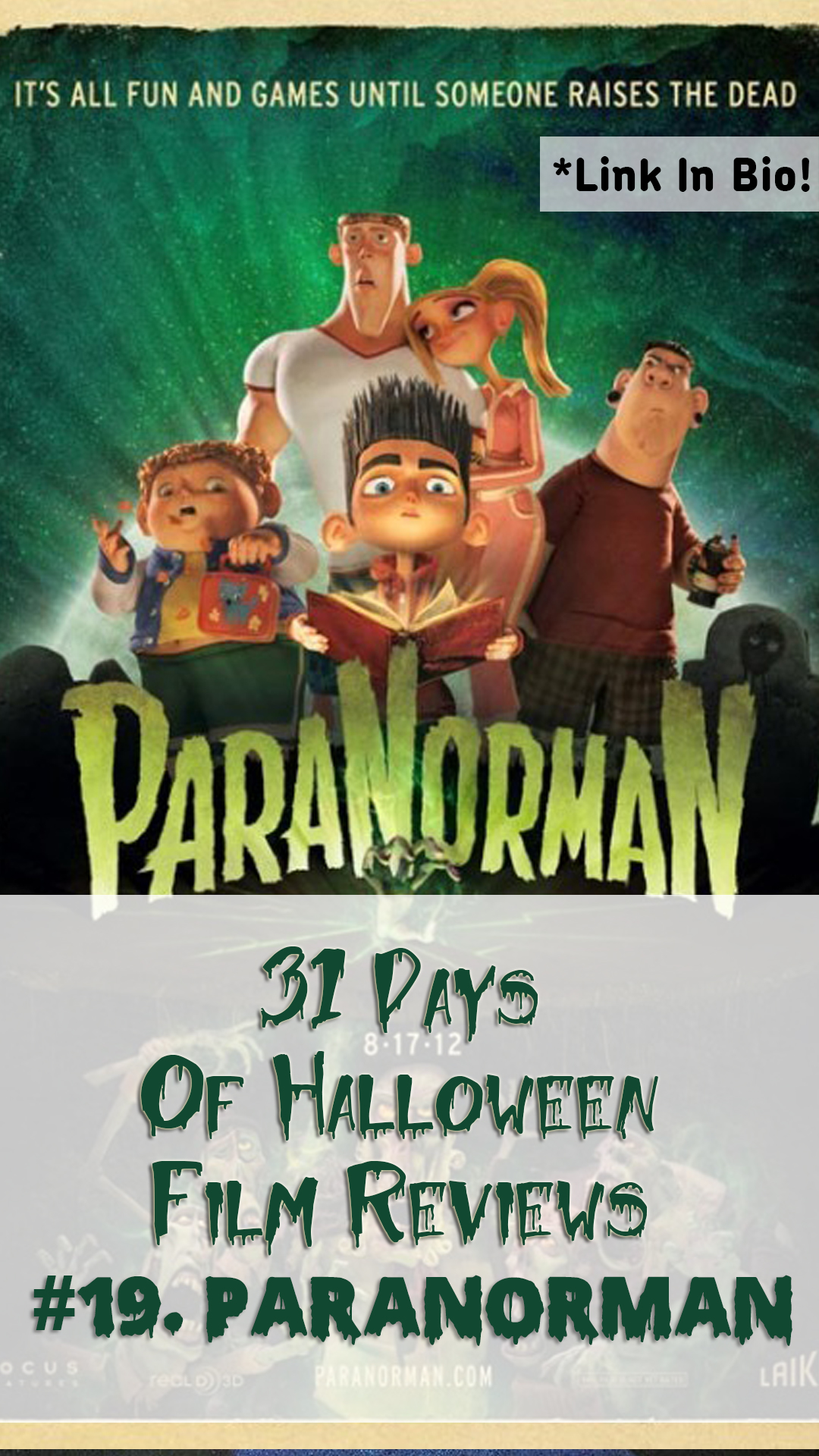 « The Craft
Bram Stoker’s Dracula »
Katy Whitton https://www.facebook.com/WhatKatyReviewedNext/
2019-19-10GMT+010010:00:59291What Katy RevIewed Next
This review is part of the 31 Films For Halloween Series I’m going to start this review by saying that I’m not a huge fan of modern animated films, while Toy Story and Bugs Life (among... 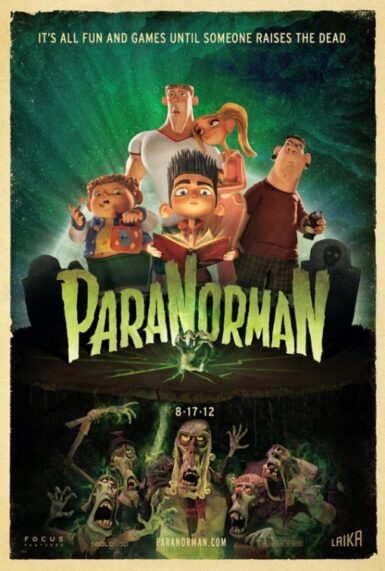 Overview: This review is part of the 31 Films For Halloween Series I’m going to start this review by saying that I’m not a huge fan of modern animated films, while Toy Story and Bugs Life (among the few I’ve seen) are okay, they just seem to lack the charm of good old fashioned animation. So, […]

I’m going to start this review by saying that I’m not a huge fan of modern animated films, while Toy Story and Bugs Life (among the few I’ve seen) are okay, they just seem to lack the charm of good old fashioned animation. So, when I read that ParaNorman was animated, I thought “Ugh, here we go again! Yet another CGI film that looks as flat as a pancake on screen.”

How wrong I was, and I’m truly happy to admit it.

ParaNorman is a wonderfully filmed 3D stop-motion film that has depth of field, brilliant colouring and cinematography and the character design is fantastic.

The Norman of the title is an 11 year-old boy who can talk to dead people – we find this out as he’s watching a zombie film with his Granny and when she sends him to get his dad to turn the heating up it’s revealed she’s been dead for a bit and he needs to stop being so weird.

Because of his gift he’s bullied at school and tries to keep himself to himself, this doesn’t work though and everyone knows he thinks he can talk to the dead so they write “freak” on his locker and push him around in the school halls.

Norman doesn’t have any friends and he pushes anyone away that tries to get close but this doesn’t stop fellow bullying victim Neil trying to, and eventually succeeding in, getting close to Norman. The two become friends and Neil doesn’t mind that Norman can talk to the dead and even invites him around to his house so they can play with his dead dog that’s buried in the garden.

Norman’s happiness is short-lived after a visit from his creepy Uncle who tells him that he must take over the job of protecting the town from an evil curse. Even though Norman has a gift of talking to the dead, he doesn’t believe that the curse is real and ignores his Uncle, only believing that he has a destiny to protect the town when his Uncle dies and his ghost appears.

It turns out that the town is cursed by a witch that was tried and murdered 300 years ago. Unless Norman goes to her grave and reads from a “sacred text”, the dead will rise and wreak havoc on the town. Of course, nothing is simple and Norman isn’t able to prevent the curse from happening, the dead rise from their graves and mayhem ensues.

The rest of the story is the formation of some unlikely friendships, a family coming to terms with their son’s gifts and a bit of a surprise ending that shows us that what we read in the history books isn’t necessarily the truth.

The film is really well made and there’s a great action sequence involving a knock-off Mystery Machine, a zombie and an over-zealous cop on a motorcycle.

There’s plenty of comedy, and while there aren’t any truly “adult” jokes that are sometimes dropped in to a film like this to keep the grown-ups entertained the story moves on quickly enough that you won’t get bored.

I was thoroughly impressed with this little gem and am a bit annoyed with myself for not watching it sooner as I thought it was a run-of-the-mill animation – I’ve learned my lesson and will now check the trailers of animated films out properly now!

Watch this film if you’re in for some frightening fun with a rather poignant message at the end (you may need tissues).