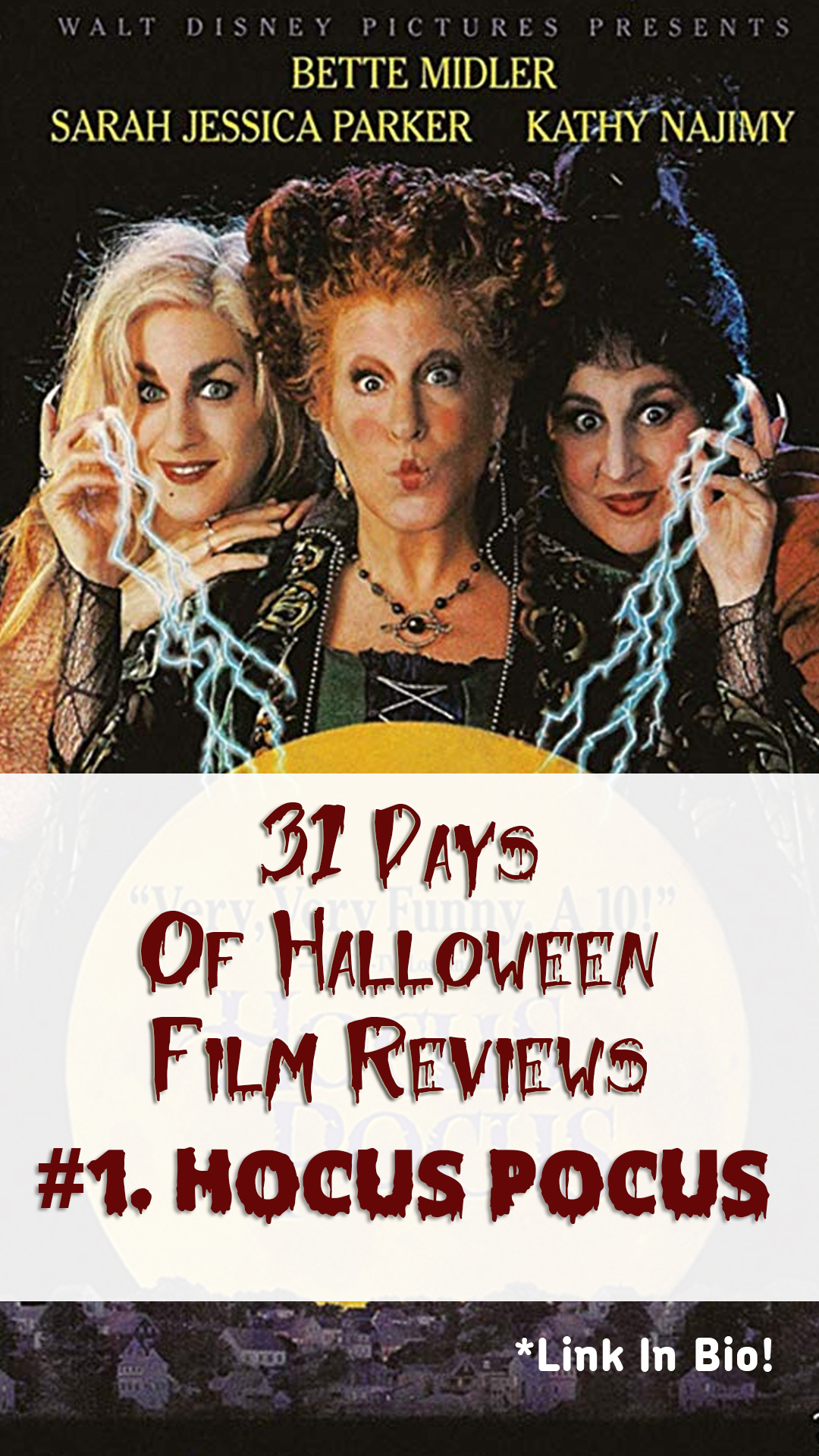 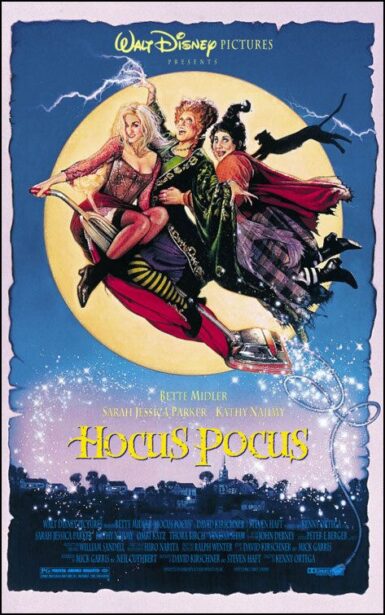 Overview: After 300 years the Sanderson sisters are back from the dead and they're after one thing - children!

Okay, so I’m giving my age away here but I remember watching hocus Pocus at the cinema on a school trip. I loved it 26 years ago and I still love it today so I’m afraid this review is a bit biased!

The film opens in the 17th century if the sister’s getting up to no good by using children’s souls to keep them eternally young. A young boy called Thackery Binx tries to stop them and is turned into a black cat for his efforts.

The villagers come looking for Thackery and his sister and end up capturing the sisters. Before they’re hanged, Winifred vows they will return to reap all of the children’s souls when a virgin lights a black flame candle.

The film then fast forwards 300 years to the “present” day vs introduces us to Max (Omri Katz) , a Halloween sceptic and new boy in town, his little sister Dani (Thora Birch in one of her first roles) and love-interes/local-girl Allison (Vinessa Shaw).

After a couple of run-ins with the local town bullies, Max and Dani meet up with Allison and they decide to ditch the traditional Halloween festivities of parties and trick or treating and head to the Sanderson sisters’ cottage.

As luck would have it, Max finds both a lighter and the black flame candle (would you believe his luck?!) and after a near miss with a black cat, he manages to light the candle and in doing so brings back the Sanderson sisters – what a mistake-a to make-a! A fight ensues and Max, Dani and Allison barely manage to escape with the witches spellbook.

The witches venture out into the modern world and this is where I think the film misses a trick (or treat.. get it?!) . Apart from some minor confusion over some sprinklers and tarmac they cope with the modern world very well all things considered.

The first half of the film is spent setting up the characters and plot and the second half is spent with the witches causing havoc around the town and the kids trying to stop them (without any adult help, of course).

I don’t want to go into too much detail as I’ll ruin the surprises and laughs, but look out for choreographed walks and vacuum cleaners!

When you think that this film was made before the wide use of CGI and the majority of effects are practical, they stand the test of time surprisingly well, especially the cat effects which could have really let the film down.

It’s a great film for all of the family and despite being almost 30 years old it still stands the test of time.

Watch this film if you’re in the mood for a laugh and don’t want to think about things too much.

The Witches Of Eastwick
Tagged With:  Comedy | Family | Fantasy

Let us know your thoughts on "Hocus Pocus"