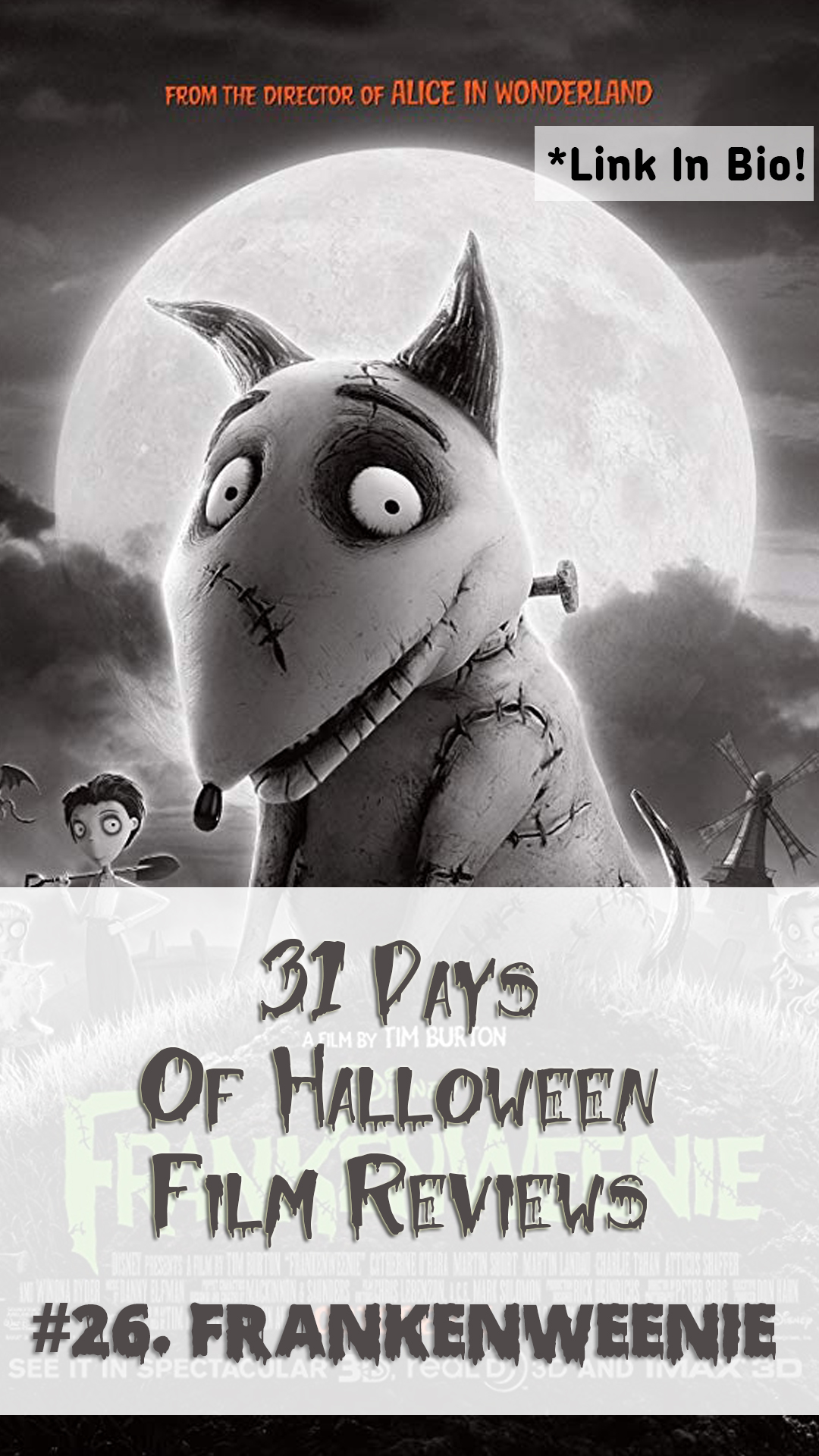 « IT (Mini-Series)
Sleepy Hollow »
Katy Whitton https://www.facebook.com/WhatKatyReviewedNext/
2019-26-10GMT+010010:00:28298What Katy RevIewed Next
This review is part of the 31 Films For Halloween Series Frankenweenie is an animated Disney movie based on a 1984 short (live action) film by Tim Burton. The film is a stop-motion animation in the... 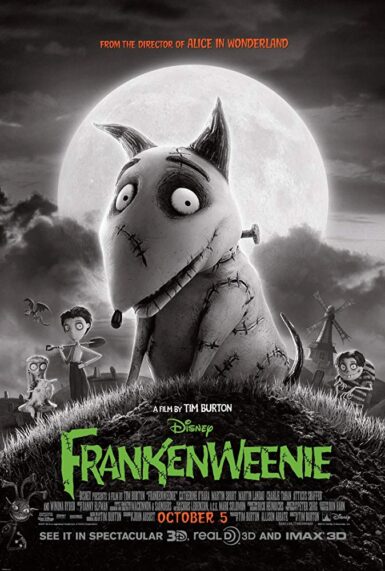 Overview: This review is part of the 31 Films For Halloween Series Frankenweenie is an animated Disney movie based on a 1984 short (live action) film by Tim Burton. The film is a stop-motion animation in the same style as A Nightmare Before Christmas and it’s easy to see that they inhabit the same universe, although […]

Frankenweenie is an animated Disney movie based on a 1984 short (live action) film by Tim Burton.

Victor is a lonely boy who doesn’t have many friends, his one true friend is his dog Sparky who Victor has star in his home movies. Victor’s Dad is concerned that he spends too much time on his own and says that the only way he’ll grant permission for Victor to join in the science fair is if he’ll give baseball a go. Victor reluctantly agrees but is surprisingly able to hit the baseball out of the park. As he’s running around the bases, Sparky chases the ball across a road where he’s hit by a car and is killed.

What is it with Disney films and them killing off beloved characters in the first few minutes of a film? One of the reasons I stopped watching Disney animations was because of the beginning of The Lion King which I found unnecessarily violent (especially considering the video was rated U) – I guess nothing’s changed in all the time I’ve actively avoided watching them – I don’t think I’ve knowingly watched a Disney film for 25 years (and I don’t count studios such as Pixar or Marvel that Disney bought in this ban just in case you’re wondering).

Anyway, enough of my issues with Disney Animations. Back to the story.

During a science lesson on dissecting frogs, Victor gets the idea of being able to reanimate Sparky and goes to the local pet cemetary to dig him up. Using parts from a bicycle, a toaster and and old swing frame, Victor sets about bringing Sparky back to life by directing lighting into him from a couple of kites and an umbrella floating above the house.

This scene is incredibly well done and is very reminiscent of the 1931 Frankenstein film that so obviously inspired it – the one thing that I find a little bit of a let down is that Danny Elfman’s score is a bit “light” considering the kid is raising his dog from the dead. Elfman’s trademark heavy, dark music would have been much more apt for this scene.

Victor leaves the newly “alive” Sparky at home while he goes to school,  but it’s not long before the Franken-Pooch escapes and goes on an adventure around the town. Edgar, a classmate of Victor’s, finds out that Sparky is alive and blackmails Victor into helping him reanimate a dead goldfish which, for some reason, comes back to life but is invisible. It turns out that Victor changed the variables of the experiment when he brought the fish back to life – he wanted Sparky back but he didn’t care about the fish. These little changes can have big consequences as it turns out later.

Edgar can’t keep his mouth shut about Sparky being alive so a group of kids breaks into Victor’s attic lab to find out his secret – they want to win the school science competition and think that Victor will win with the resurrected Sparky. Two of the kids go to the local cemetery and dig up their pets in a bid to be the best resurrector, Edgar finds a dead rat in a trash can and the Token Fat Kid fills his swimming pool with Sea Monkeys before putting a large lightning rod into it and the local physic weird girl’s cat brings her a bat to reanimate.

You know this is going to end badly, right?

We end up with a Vampire Bat-Cat, A giant Godzilla-like Turtle and a pack of marauding Sea Monkeys that head towards the local Dutch Day Town fair to cause havoc, as well as a rather sad looking hamster thing that doesn’t fair very well in a fight.

Will the town be destroyed by the monsters? Will a Dead-Sparky be accepted by the family and town? You’ll have to watch to find out (no spoilers!)

I will say that as per usual, this Tim Burton film is very dark – both in terms of content and the way that it’s filmed. It’s unusual to have an animated film done entirely in black and white but it works really well with the tone and content of the film.

There are some upsetting and scary scenes in the film (you’ll probably need a tissue at a couple of points) so I wouldn’t recommend this for super-young kids but it does work well on all levels as a family film: there’s something in it for all ages and I don’t think adults will be bored either as the pacing keeps the story going along at a fair lick.

Watch this film if you’re a fan of animation with a difference or want to watch a kids film that doesn’t feel like a kids film.