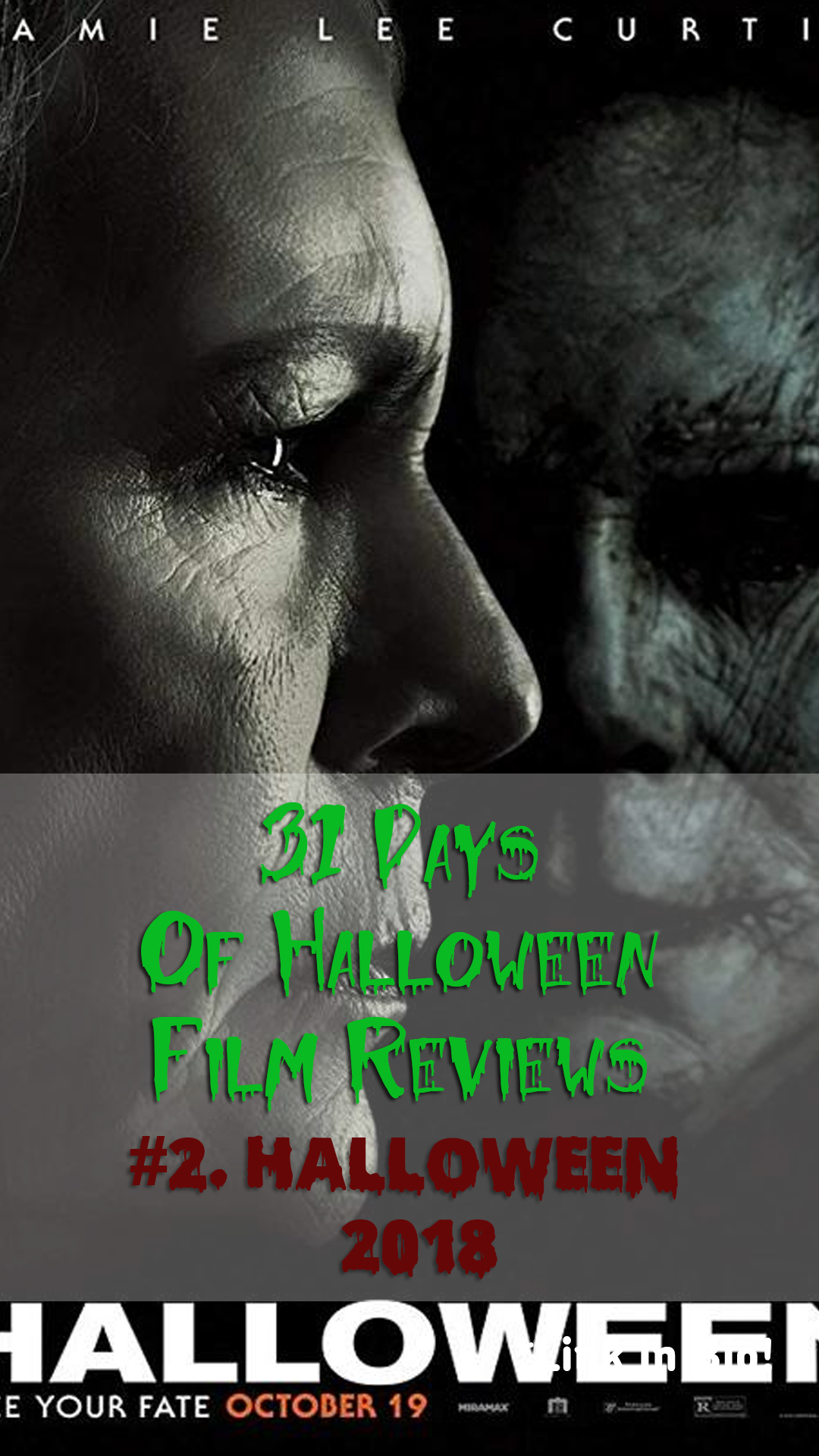 « Hocus Pocus
The Addams Family »
Katy Whitton https://www.facebook.com/WhatKatyReviewedNext/
2019-02-10GMT+010019:38:04274What Katy RevIewed Next
It's been 40 years since Halloween first graced the silver screen and to celebrate they've released a sequel that ignores all other sequels and resets the Halloween universe. Michael's back and he's... 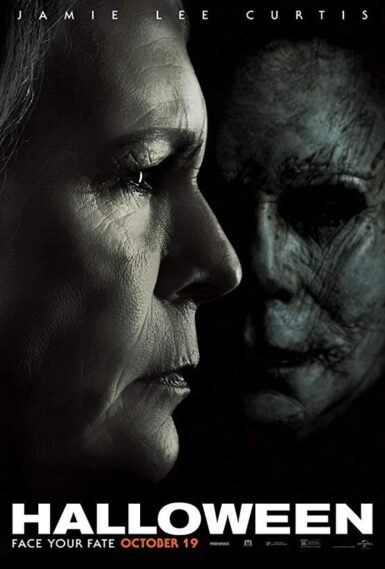 Overview: It's been 40 years since Halloween first graced the silver screen and to celebrate they've released a sequel that ignores all other sequels and resets the Halloween universe. Michael's back and he's still on the hunt for Laurie - who will come out on top?

This review is part of the 31 Films For Halloween Series (Note: this review was originally published on the 27th October 2018)

So, with that in mind Halloween (2018) is a direct sequel to Halloween (1978), Michael Myers is no longer Laurie Strode’s brother (dealt with quite eloquently by Laurie’s Granddaughter who brushes the suggestion off as an invention that helps sell a story) and Michael has spent the last 40 years in prison after being caught at the end of the first film.

The story starts with some internet journalists visiting Myers in his mental institution to get material for a podcast they are putting together. One of the bright sparks has the idea to wave Michael’s mask at him in order to illicit a response and is most upset when he doesn’t get one – well, the guy hasn’t spoken a word for 40 years, I don’t think waving a William Shatner mask at him will make much difference.

Now, it wouldn’t be a horror film without a few coincidences would it? It just so happens that Myer’s psychiatrist studied under Dr Loomis (he even sounds a bit like him which is a nice, if slightly freaky homage), the podcasters visit the day before Halloween (I know, right?!) and Myers is due to be moved to a more secure facility that very night (wow!). Of course, the prison transfer doesn’t go to plan (do they ever?) and Myers is able to escape to wreak slasher terror yet again on the town of Haddenfield.

So, where does Laurie Strode (Jamie Lee Curtis) fit in to all this now the brother/sister connection has been removed? She’s been spending the past 40 years preparing to get her own back on Michael – to the extent that she trained her 8-year-old daughter to shoot (but this is set in America so that might be normal, I don’t know) and caused the kid a fair amount of psychological harm which resulted in her being taken into care at the age of 12.

Laurie lives on a compound just outside Haddenfield and seems to have removed herself from life – although she begrudgingly talks to the podcasters after they offer to pay her $3000. She has a fractured relationship with her  adult daughter (played by Judy Greer) and her dick of a husband (those two really don’t go together at all – sack the casting director!) but seems to have a reasonable relationship with her granddaughter Allyson (Andi Matichak). When Laurie gets wind of Michael’s escape she goes to look for her family to keep them from Michael’s clutches.

Why is Michael fixated on Laurie? It’s sort of explored in the film – I always thought it was some form of twisted admiration as she was the only one that really fought back but maybe I’m reading too much into it.

There’s Michael’s usual slasher routine – make sure you keep an eye on the background at all times just in case you miss him – it’s almost like he has a little checklist he needs to follow: Blue overalls? Check! Freaky mask? Check! Big ass knife? Check! Still, it’s a Halloween film so what are you expecting?

There are some nice references to the original film – some scenes are almost near-perfect recreations of those from 1978, there’s also an interesting interaction (in more ways that one) between Dr. Sartain and Officer Hawkins. It’s also great that they didn’t mess with the music – the original theme was a freaky as hell and it would have been terrible if they had tried to modernise it but thankfully John Carpenter’s piercing piano is still there.

I’m not going to going in to any more detail as I don’t want to spoil the scares for you, but it certainly follows the horror movie rules. One character to watch out for though is Julian (played by newcomer Jibrail Nantambu) who will move on to great things I’m sure.

Is the film better for being a direct sequel to Halloween (1978)? Not really as it doesn’t make a huge amount of difference but it does allow them to fix the messes that were Halloween H20 and Resurrection.

While you don’t have to have seen Halloween (1978) before seeing Halloween (2018) I would recommend it so that you can understand some of the insider references and nods to the prequel. Overall it’s a good film and perfect for viewing at this time of year – just don’t get a hot drink in case you jump and spill it in your lap!

Watch/Buy The Halloween Films on Amazon