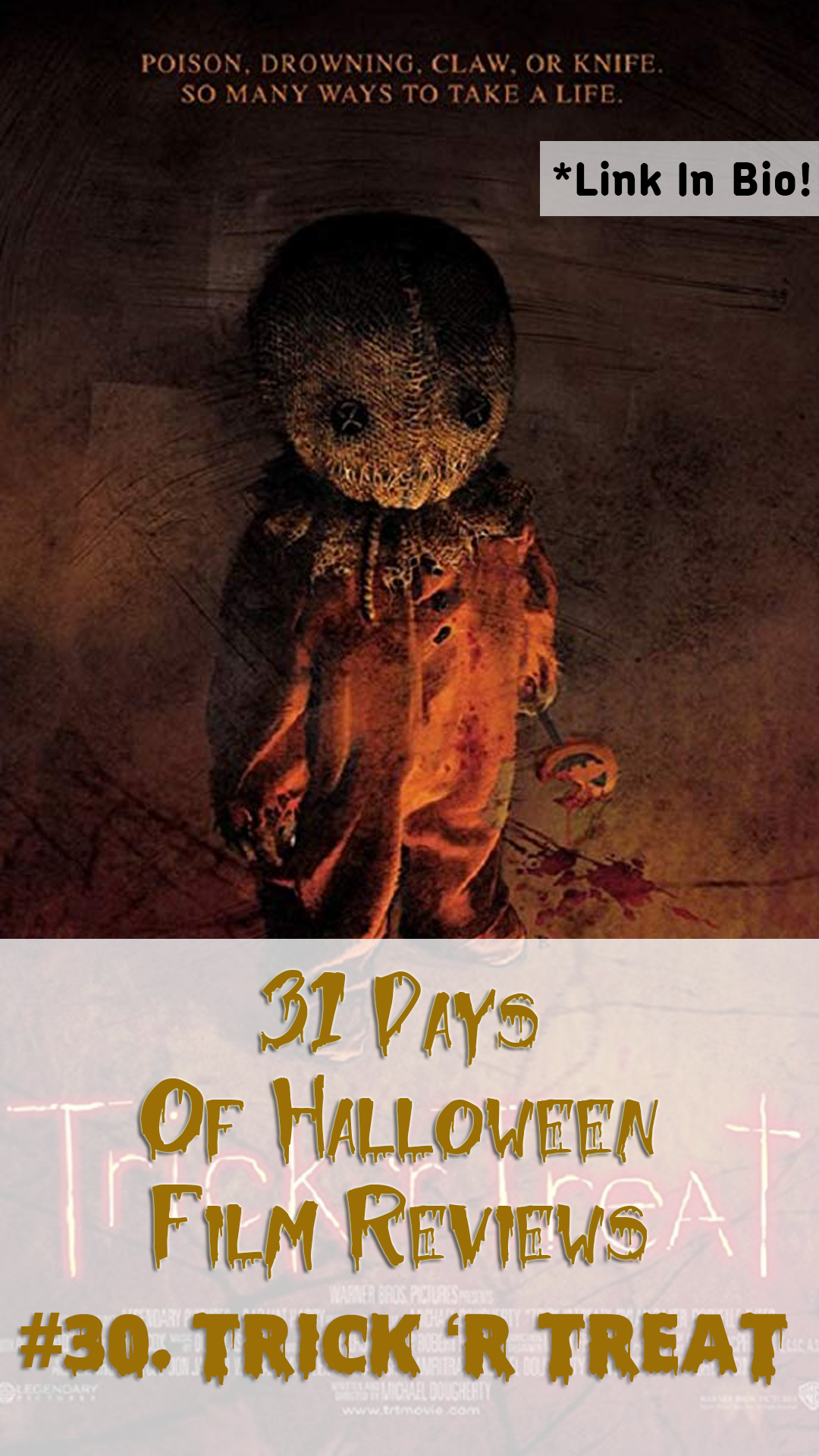 « Young Frankenstein
Halloween (1978) »
Katy Whitton https://www.facebook.com/WhatKatyReviewedNext/
2019-30-10GMT+010010:00:26302What Katy RevIewed Next
Five interwoven stories that occur on Halloween: An everyday high school principal has a secret life as a serial killer; a college virgin might have just met the guy for her; a group of teenagers... 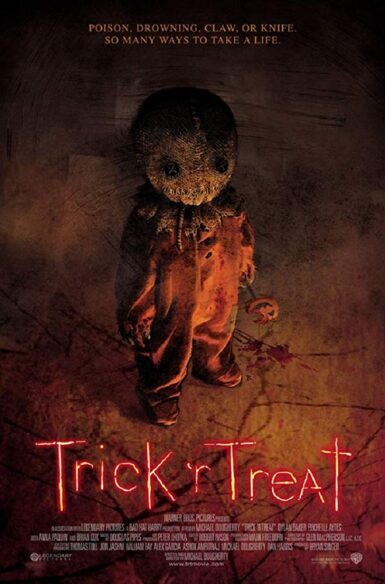 Overview: Five interwoven stories that occur on Halloween: An everyday high school principal has a secret life as a serial killer; a college virgin might have just met the guy for her; a group of teenagers pull

Trick ‘r Treat is an anthology film that follows several interwoven stories in the town of Warren Valley, Ohio, that all take place on Halloween night.

The film open with Emma (Leslie Bibb) and Henry (Tahmoh Penikett) who have been partying a bit too hard. Emma’s not a fan of Halloween (even though their house is decorated to the nines, go figure). Her Mom is coming to visit the next day so Emma decides to take all of the Halloween decorations down so her Mother isn’t upset.

Personally, if your own Mother doesn’t appreciate the effort you put in to fitting in with your neighbourhood she can jog on, secondly: if you hate halloween so much why do you even decorate?

Useless hubby Henry goes looking for his wife and sees that the decorations are still up and she’s nowhere to be seen, he’s lead to a sheet which is lit and as he uncovers it he’s confronted with her head on a spike. Well, I think that’s set the tone for the rest of the movie!

After the cartoon strip title sequence that tries to convey what’s about to happen but the frames aren’t on screen long enough for you to see, we’re transported back to “earlier” in the evening where four girls are in a store trying on outfits for Halloween (talk about last minute, I usually know what mine is a month in advance!). The inference is that three of these are mean girls and Laurie (Anna Paquin) is your traditional “Final-Girl” virgin.

A young fat kid (more fat shaming – it seems to be a recurring theme in these halloween films that I’ve been reviewing) is destroying Jack-O-Lanterns. He gets to a house and is confronted by the owner, it turns out he’s the kids principle and doesn’t think that the lad is a nice person so murders him with chocolate. However it turns out that the kid isn’t so dead after all with some comedic and horrific results.

There’s lot and lots of sex that happens in this town – people are doing “it” in alleyways, there’s a furry party at one of the teacher’s houses – it seems that they’re all sexually and murderously repressed until they can have some sort of weird “purge” on the 31st October.

The other stories involve a “vampire”, a school bus, werewolves (this scene is not for the faint hearted as it involves a rather gross transformation), an old creepy guy and his dog and some kind of weird sackcloth pumpkin-headed kid zombie thing (I can’t explain it, it’s far too creepy and you need to watch the film).

I’m not usually a fan of anthology stories, I always remember the ones from the 1970s and 1980s and they were a cheap way of making movies by getting some big name stars in for 15 minutes work and none of the stories were connected and so the whole film seemed a bit meaningless.

Trick ‘r Treat is a different beast altogether. All of the segments are interwoven in a cleverly crafted way, they’re all set on the same night but the timeline wildy varies and yet you can tell where you are in the film’s timeline due to the cleverly laid visual clues.

I hadn’t heard of this film before I watched it – it wasn’t released in UK cinemas and only came out on DVD and now digital, but reading through its IMDB page the premise interested me, and it certainly has a great cast.

This film is well worth watching, while they call it an “anthology” it’s more of a disjointed out-of-time narrative. The acting is great and each of the individual story is scary in it’s own right (and seem plausible based on Urban Legend), you do need to keep an eye out though for the clues that let you know where and when you are in the timeline so it’s not really a film you can just have on in the background, you do need to concentrate a little bit.

Watch this film if you have a short attention span but also like putting clues together or are looking for an alternative Halloween tale.