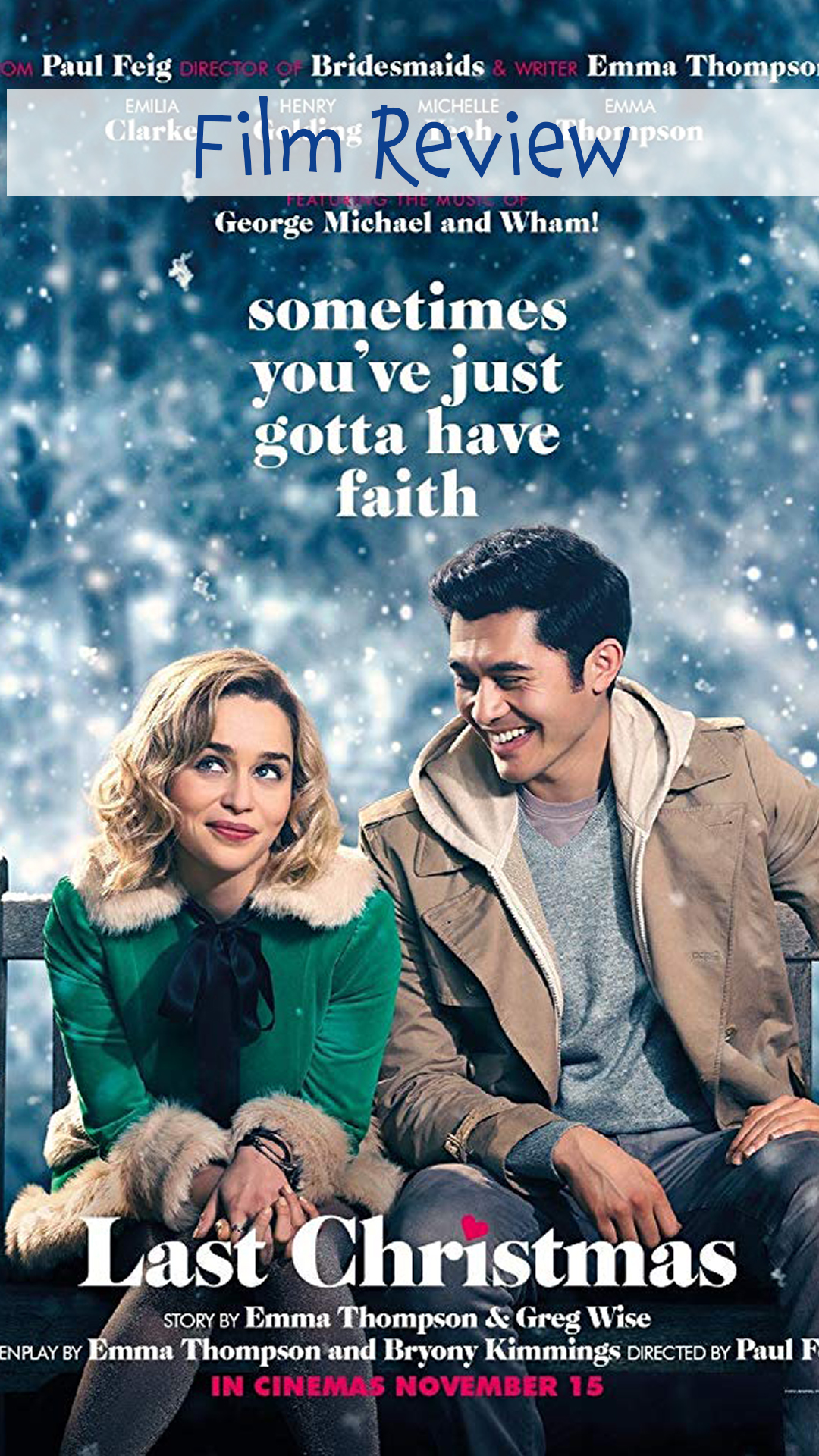 « Silent Night, Deadly Night Part 2
Silent Night, Bloody Night »
Katy Whitton https://www.facebook.com/WhatKatyReviewedNext/
2019-07-12GMT+010021:00:19340What Katy RevIewed Next
Wham! loving Kate is a walking disaster, lurching from one night stand to one night stand. After meeting the mysterious Tom she starts to turn her life around and accept her place in the... 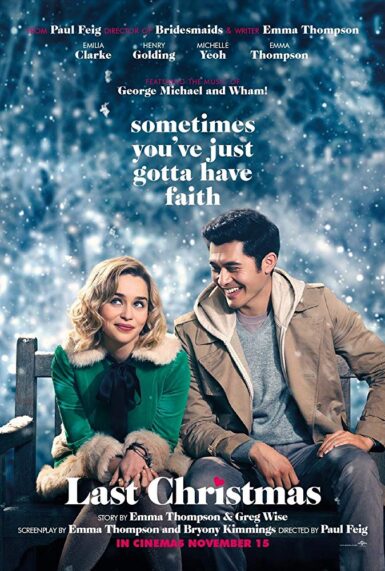 Overview: Wham! loving Kate is a walking disaster, lurching from one night stand to one night stand. After meeting the mysterious Tom she starts to turn her life around and accept her place in the world.

We’re having a slight pause from our 24 Days Of Christmas movies with a review of…. a Christmas Movie!

I have to start this review by saying that I didn’t really have any idea what Last Christmas was about or who it starred, the only thing I knew was that it had a Wham! connection (kinda obvious from the title though, right?!)

Last Christmas stars Emilia Clarke as Kate, a younger version of Bridget Jones who likes to go out drinking, pick up random men and electrocute her friend’s tropical fish. To say she’s something of a mess is a bit of an understatement!

After being kicked out of yet another friend’s flat Kate runs into Tom (Henry Golding), he’s not her type but he’s handsome, enigmatic and begins to open her eyes and her heart to the world around her.

Kate works for “Santa” (the wonderful Michelle Yeoh) as an elf in an all-year-round Christmas store. Her dream is to be a singer and she goes to auditions but they always end with a very firm “no”. She feels that she can’t return home to her parents house thanks to her overbearing mother (played with obvious relish by Emma Thompson). The family are refugees from The Former Yugoslavia and her mother has struggled to fit in and find friends in England so all her energies are directed towards her daughters Kate and Marta. While Marta doesn’t mind the attention (even though she’s keeping her sexuality from her parents), Kate finds it intrusive so she shuts her family out, along with the rest of the world.

Kate’s selfish attitude comes to a head when she outs her sister to her parents and brings a man back to her pregnant friend’s flat. She realises a she’s a mess and seeks out Tom as she feels he’s the only one who can see the true her.

With Tom’s guidance, Kate starts to notice the effect she has on other people and that it’s not them that is at fault, it’s her. She starts to make amends and slowly but surely feels better about herself and her place in life.

This isn’t your “traditional Christmas romance” by any means. There’s a plot twist (which I won’t spoil) that I saw coming from quite a way off but even if you get what it is, the film isn’t spoilt by you knowing, if anything it enhances the storyline as you’re able to notice little details.

There’s quite a lot of swearing for a Christmas movie (and the quantity surprised me as this is only a 12A) but it only adds to the comedic value and I have to say, save for the plot reveal portion, I laughed all the way through this film – along with the rest of a packed cinema.

The Wham! connection is a little loose, although Kate is a massive fan of the band. This isn’t a film that revolves around the songs like Rocketman did, instead they’re used more as background music to set the tone of the scene.

I’m not a huge fan of romantic comedies, or traditional Christmas films but there’s a charm and wit to this movie that you rarely see in it’s Hallmark Channel equivalents and I was genuinely surprised at how much I enjoyed it. I highly recommend this film and while it doesn’t have to be seen in a cinema, it’s worth going to laugh along with a room full of people.

Watch this film if you’re a secret romantic that likes sweary comedies.