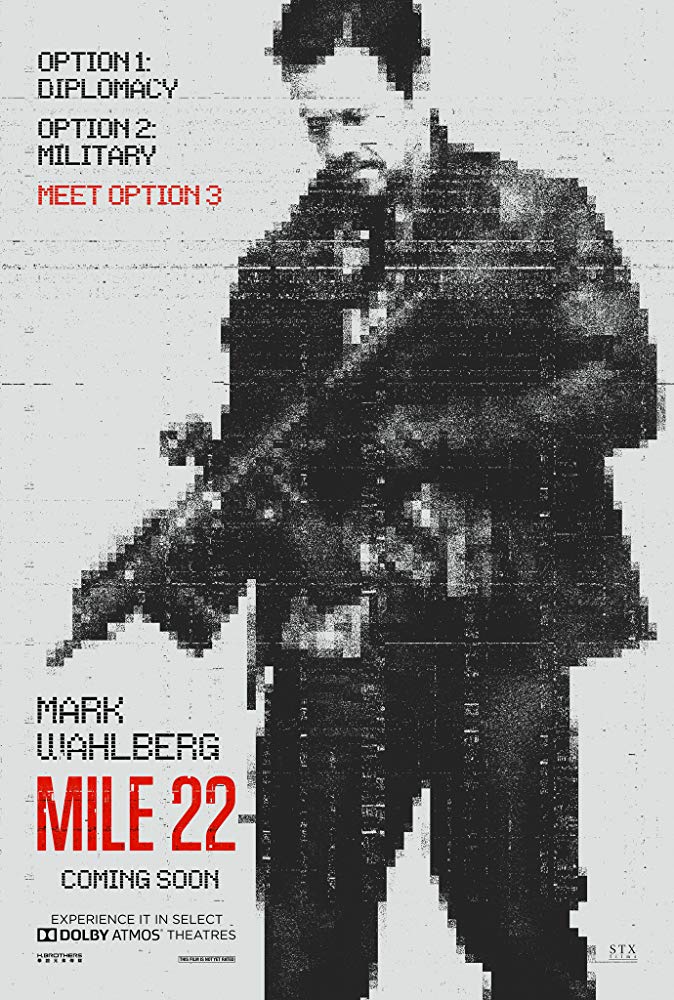 « A Star Is Born
Venom »
Katy Whitton https://www.facebook.com/WhatKatyReviewedNext/
2018-29-09GMT+010010:00:17271What Katy RevIewed Next
Mile 22 sees an elite US special forces team escort a rogue Indonesian policeman to safety in order for him to give up the location of stolen radioactive material. With a corrupt government and the... 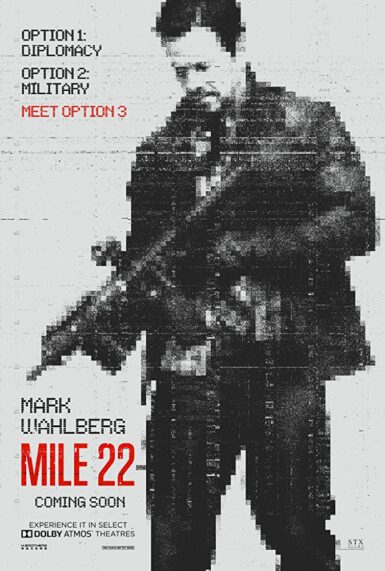 Overview: Mile 22 sees an elite US special forces team escort a rogue Indonesian policeman to safety in order for him to give up the location of stolen radioactive material. With a corrupt government and the Russian involved, who can the team trust and will they get their "package" to safety?

Mile 22 is a film about espionage, sovereignty and double crossing. A few months ago I would have scoffed at the fact one nation could act the way the American “Overwatch” team do in another country but after the events in Salisbury, UK I guess anything is possible

The plot centres around James Silva (Mark Wahlberg) and his team of “off-the-books” operatives as they get try to get a rogue Indonesian Police Officer out of the country so he will give them information on how to locate  missing caesium that can be used to kill 60,000 people.

Considering these are supposed to be super-duper operatives they don’t half make a mess of things. The film opens in a leafy all-American suburb that is home to a Russian FSB cell who are obviously up to no good.

The Overwatch team is supposed to enter the house, identify the FSB agents, collect all the hard drives and get out of Dodge. Unfortunately it doesn’t go to plan and all the Russians are killed on orders from Bishop (played by John Malkovich).

Bishop runs Overwatch, a division that oversees Silva’s operations and provides support – from turning traffic lights green to providing a traffic route, Overwatch has you covered.

Sixteen months after the botched Russian operation we see Silva’s team put in charge of getting Policeman Li Noor to an airstrip 22 miles from the embassy (hence the title of the film) so he will divulge a code to access a hard drive containing the location of the missing caesium, if he doesn’t give them the code within 8 hours the disc will wipe itself.

The film is the fourth collaboration between Wahlberg and director Peter Berg and as I haven’t seen any of these I had no expectation of style or substance.

Wahlberg is good as Silva, a man with no real compassion but a lot of disdain for those in power, his fast-talking character did take a lot of getting used to though and I felt I missed out on a lot of what was going on as I couldn’t keep up with him sometimes. This wasn’t helped thanks to a very word-laden script from Lea Carpenter who was trying to be a bit too clever for her own good at times.

The stand out performance for me was by Lauren Cohan (of The Walking Dead Fame) as Alice, a woman torn between serving her country and seeing her daughter. Cohan’s performance showed a depth of character that wasn’t present in the other performances (especially Wahlbergs). It’s just a shame that they weakened her in the final third of the film.

The film is faced paced and zipped along. This is helped by great editing which worked really well in the fight scenes, I didn’t look at my watch until well over an hour into the film and was surprised how quickly the time had gone.

I have a couple of gripes though. Firstly it was obvious to me about half way through what was going on so the final “reveal” wasn’t a big shocker and this meant the end of the film fell rather flat which was a shame. The second is that the camera work is all over the place: I understand Berg wants to get you into the action but if you suffer from motion sickness you’ll really struggle with this film.

Overall, a decent film with a reasonable story line (despite the ending) but I can’t see it winning any awards.

Watch this film if your girlfriend has made you sit through a chick-flick and you want to get your own back.

Let us know your thoughts on "Mile 22"