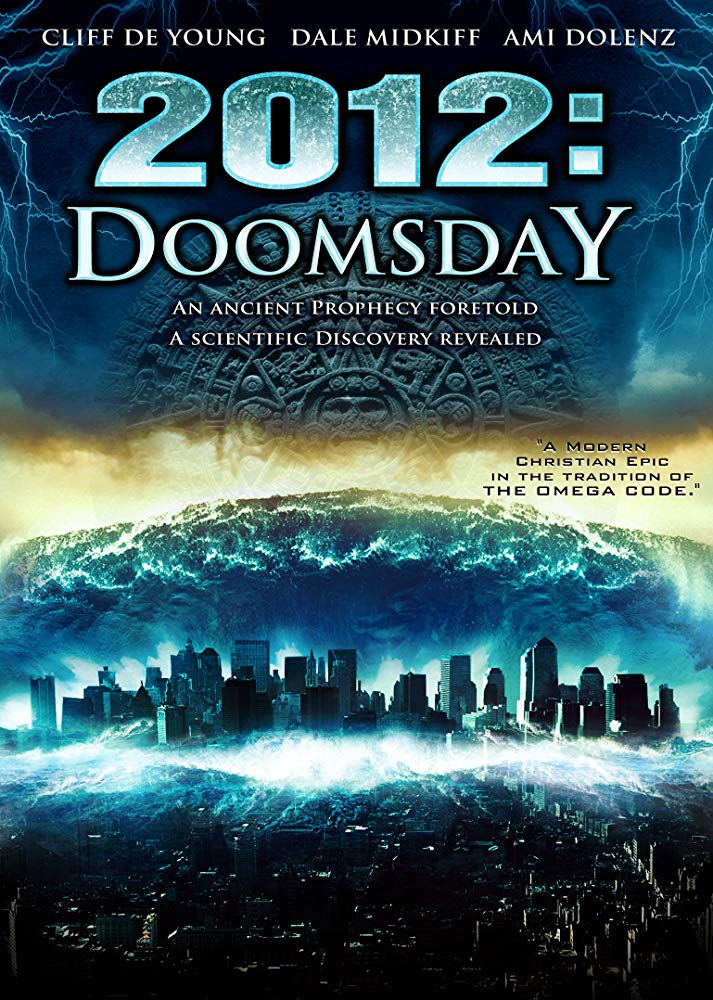 « Bounty Killer
Polar Storm »
Katy Whitton https://www.facebook.com/WhatKatyReviewedNext/
2018-24-09GMT+010015:33:21266What Katy RevIewed Next
2012: Doomsday jumps on the bandwagon of low-budget disaster films that use the end of the Maya Calendar as a backdrop for world destruction. There are some surprising stars in this movie - but is it... 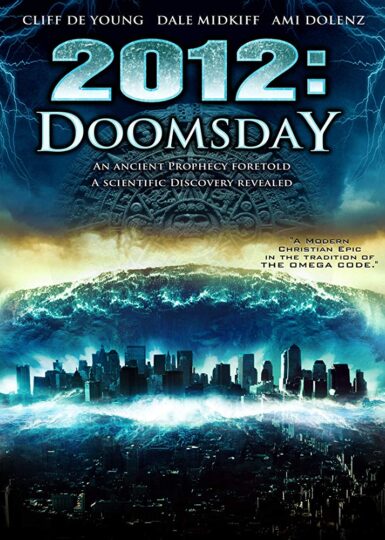 Overview: 2012: Doomsday jumps on the bandwagon of low-budget disaster films that use the end of the Maya Calendar as a backdrop for world destruction. There are some surprising stars in this movie - but is it any good?

2012: Doomsday is the type of low-budget offering from production house The Asylum that I absolutely love! You know exactly what you’re getting with an Asylum film – a plot with a beginning, middle and end with minimal character development, some cheesy effects and questionable science – but hey! That’s not why you watch these films, you watch them because of the cheesy effects and questionable science!

2012: Doomsday follows 5 people who have a strange urge to visit a Mayan temple;  Susan, a disillusioned paramedic who has lost her faith in God; Sarah who’s the spiritual one; Dr Frank Richards (played by Dale Midkiff who’s the sort of actor that has you scratching your head and asking “What have I seen him in?“) who is an archaeologist and placed to figure out all of the clues; Sarah’s Dad, Lloyd (played by Cliff De Young who obviously needed to pay a couple of bills for him to be in this), who didn’t believe in his daughter’s spiritual nonsense then does a 180 quicker than a pirouetting ice skater; and And then there’s Wakanna who is the “Virgin Mary” of the piece and dumped into the plot to provide some quasi-religious symbolism.

The story is about how these characters are drawn to, and make their way to, a Mayan Pyramid in Mexico. There are adventures, deaths and accidents along the way the weirdest of which being the fact that Susan’s Grandmother disappears from their car after telling Susan she should perhaps believe in a higher power. Was she a messenger sent from God? Was she an Alien with an important message for the world? Who gives a shit? I mean Susan obviously doesn’t as she carries on like nothing’s happened and that disappearing Grandmothers are quite normal in her world.

Of course, we’re not supposed to look too deeply into these sorts of things – it’s not really that sort of film, but I did find all of the religious references and allegories a bit much – I mean a pregnant woman whose baby is apparently the saviour of the world? Come on!

This is one of those films that’s perfect to watch if you’re having a duvet day or have just had a few pints down the local pub – you don’t have to think about it too much and it doesn’t matter if you pass out for 20 minutes in the middle – but if you’re looking for a film in the vein of the big-budget 2012 then I’d give this one a miss!

Age Of The Dragons