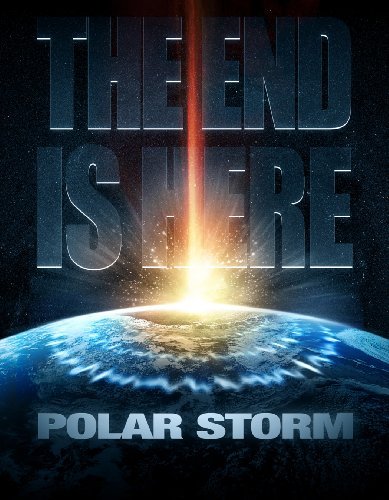 « 2012: Doomsday
Age Of The Dragons »
Katy Whitton https://www.facebook.com/WhatKatyReviewedNext/
2018-24-09GMT+010020:44:35266What Katy RevIewed Next
When a section of comet crashes into the Earth it causes a massive shift it the magnetic field. Will scientist Dr James Mayfield be able to save the day or will a stubborn government thwart his plans... 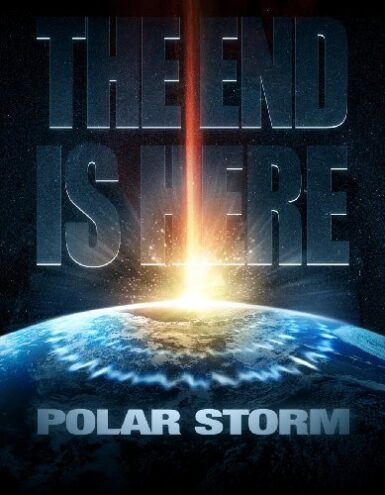 Overview: When a section of comet crashes into the Earth it causes a massive shift it the magnetic field. Will scientist Dr James Mayfield be able to save the day or will a stubborn government thwart his plans to save the world?

Yes, it’s another disaster movie review – you’d better get used to these are they are my go-to film type!

Comet Copernicus is passing close by to the Earth and residents have been warned that they will experience disruption to satellites and power grids as it interacts with the Earth’s magnetic field (side note: the comet would have to pass ridiculously close to  Earth for that to happen but we don’t care about that apparently).

Cut to super-star Astrophysicist Dr. James Mayfield who is in Alaska to study the comet’s interaction with the Earth and report back to an agency that isn’t NASA as I guess there are copyright issues using their name or something.

Anyway, Mayfield’s main concern at this moment is successfully taking some readings of the comet’s interaction with the magnetic field and get it sent to Not-NASA so he can smoke a Cuban cigar. No, I don’t get it either, I would save smoking one of those for something really important rather than just managing to hook your computer up to your mobile wi-fi up to send an email back to your office.

As the comet nears the planet, a piece breaks off and hits Alaska a mere 100 miles from Mayfield’s location – how’s that for a coincidence? Somehow Mayfield manages to escape the comet fragment’s impact blast with some seriously dodgy 4×4 driving but his assistant isn’t so lucky (note to self: don’t become a scientists assistant – you have as much chance of surviving a disaster as a Red Shirt does on an episode of Star Trek).

Why is it in films like this no one seems to be able to drive a car without swerving all over the road and getting stuck in something? It doesn’t add any dramatic tension, it just makes me wonder how people manage to pass their driving tests in the States… right, sorry, I digress…

Mayfield is able to send his readings back to his lab but when he tries to analyse the data later he finds that all his work on the comet has been classified. Mayfield visits a General (who turns out to be his father – how’s that for coincidence?) to find out why he can’t access his work and is told that he shouldn’t cause a mass public panic because everything is fine. Sticking two fingers up to his Father and ignoring a direct order from the President of the United States (played by Teal’c from Stargate SG-1!) Mayfield appears on local TV where apparently a sundial can be used to convince the entire world we’re all doomed.

While all this is going on there’s the usual family drama of a son hating his new step-mother, fawning over a friend from school and generally moping around (yawn).

It soon transpires that the tiny little town the Mayfield’s live in is the epicentre for one of many new mini-poles that are slowly causing the Earth’s poles to move and this causes localised electromagnetic storms – what a coincidence! These electromagnetic storms will kill you if you’re driving a car or holding a mobile phone but apparently you have to be zapped a tonne of times for your pacemaker to stop working – there’s nothing like plot consistency, is there?

Mayfield comes up with a plan to save the planet and stop the polar reversal with – yes, it’s an American film so you know what’s coming – a massive nuclear explosion!

Does he succeed? Will the submarine he finds himself on sink into an icy oblivion? Will his son ever stop acting like a sullen teenager? Do we even care? No, not really to be honest, but with film of this type you’re not supposed to.

It was surprising to see Jack Coleman in the role of Mayfield – after all he was excellently sinister in Heroes but I guess he took this as a break from his Heroes character.

The acting is quite good for a film of this type but it does suffer from a rather weak script. If you don’t care about science then you’ll find it quite an enjoyable hour-and-a-half but if, like me, you’re scientifically minded then you’ll probably throw your remote at the television on several occasions.

Watch this if you have a heavy cold and your brain won’t engage in high gear too much.

Age Of The Dragons

Let us know your thoughts on "Polar Storm"